4AIR announced that it offsets emissions associated with climate change from all private jet travel into St. Moritz, Switzerland, during this weekend’s 37th annual Snow Polo World Cup that begins today and runs through Sunday, January 30. 4AIR will purchase verified carbon offset credits at no cost to participating aircraft to offset not only emissions of carbon dioxide (CO2) but also other, non-carbon emissions that affect the climate such as soot, water vapor and contrails.

The carbon offset credits purchased by 4AIR support verified emissions reduction projects including those, such as renewable energy and nature-based projects in developing nations, that also generate societal benefits. The number of credits required to offset each aircraft’s emissions is calculated through a scientific formula that accounts for such factors as the type of aircraft and the hours flown to and from St. Moritz.

“The Snow Polo World Cup brings together influencers from around the world in business, government, sports, entertainment and other fields, and it is an outstanding opportunity to educate them about how we can achieve carbon and emissions neutrality,” said 4AIR president Kennedy Ricci. “By raising the visibility of sustainability in private aviation, we hope to promote the use not only of carbon offset credits but also of Sustainable Aviation Fuel (SAF) and other new strategies to fight aviation’s environmental footprint.” 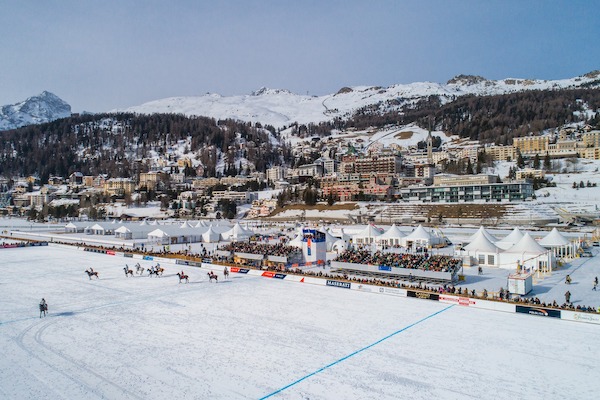 Emissions will be offset at 4AIR’s emissions-neutral Silver Level, the second of the four levels in 4AIR’s increasingly progressive ratings programs to promote sustainability. Since its launch in January 2021, 4AIR has helped private jet owners, operators and passengers fly 250,000 carbon-neutral flight hours and offset or reduce more than 1 million metric tons of CO2.

“The natural setting of the frozen Lake St. Moritz is absolutely intrinsic to our event, so we are delighted to be working with 4AIR to recognize the impact of private flights to the Snow Polo World Cup St. Moritz in a meaningful way,” said Reto Gaudenzi, the founder and organizer of the Snow Polo World Cup. “With Engadin Airport so close to our location, it fulfils a very important travel need for many of our polo teams, visitors and VIP guests. We now can amplify their own arrangements to mitigate their travel, by offsetting their comprehensive emissions.”

Snow polo was invented in 1985 in St. Moritz, one of the world’s best-known winter resorts and one of only three cities to have hosted the Winter Olympics more than once. The Snow Polo World Cup, where teams from around the world compete for the coveted Cartier Trophy, has become one of the world’s most prestigious winter sports events. The game, played on the frozen Lake St. Moritz, is a variation of the more familiar version of the sport that is played on turf seasonally in the U.S., Europe and elsewhere. The winter version of polo is adapted to snowy conditions through a smaller field, three-player teams, cleated horseshoes for better traction and a larger, lighter, red-colored ball.

In addition to the Snow Polo World Cup, 4AIR has promoted awareness and education of sustainability by offsetting the impact of major aviation industry events such as Corporate Jet Investor Miami and the National Business Aviation Association’s annual Business Aviation Convention & Exhibition (NBAA-BACE) in Las Vegas, as well as extending awareness by offsetting and supplying SAF to private flights arriving and departing from major private fly-in events such as Monterey Car Week.