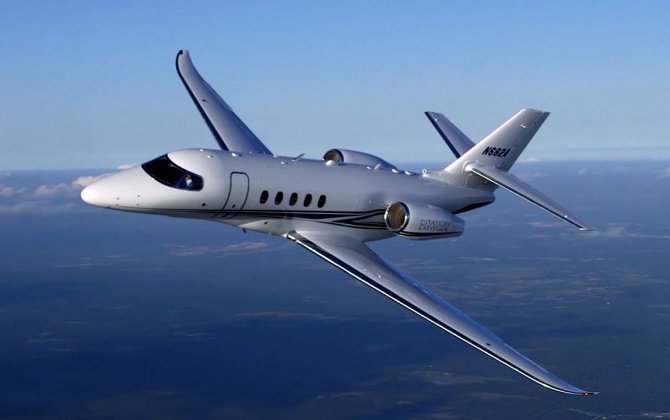 Aircraft Management Group, Inc., a provider of aircraft management and consulting services, as well as private aircraft charter through their AMG Jets division, is eager to announce the addition of a 2015 Citation Latitude to their charter certificate. This makes Aircraft Management Group, Inc. the first company in the world to have the Latitude available for charter. The aircraft will spend half of the year based out of KPIT (Pittsburgh International Airport) and the other half based in KPBI (Palm Beach International Airport).

The Citation Latitude jet boasts the most spacious and most refined cabin environment in the midsize jet category. At 77 inches wide, six feet tall and more than 21 feet long with a flat floor, and stand up cabin, the Latitude was built for comfort. The aircraft comfortably seats 9 passengers and features a cruciform tail and all metal fuselage.

The Latitude is powered by a pair of Pratt & Whitney PW306D engines that will power it to a projected speed of just over 440 knots. Its range is 2,850 nm, and its runway takeoff distance is a remarkable 3,668 feet.

"What's appealing is that it's got the amenities of larger aircraft but the flexibility to fly into short fields with trans-continental range," said John Sieckowski, President and Owner of Aircraft Management Group, Inc. "That appeals to a lot of customers."

AMG has grown exponentially since they received their Air Carrier Certificate in 2009 with no sign of slowing down. Including the Latitude, AMG has added three aircraft to their Part 135 certificate in 2015. In total, AMG operates six aircraft including two Beechjet 400As, two Hawker 400XP's, a Citation CJ3 and now the Citation Latitude.

"With the addition of the Latitude, we expect to expand our customer base by being able to offer flights to the west coast and Europe," said Shannon Pennypacker, Director of Charter Sales and Marketing.


Loading comments for Aircraft Management Group - First in the World to Add the New Citation Latitude to their Charter Certificate...