This was an announcement a lot of people were waiting for, asking each other, what it will be. Bombardier were quite clear, teasing already a new era in business aviation. Today, Bombardier unveiled the newest member of its business jet portfolio with the introduction of the Global 8000 aircraft, the world’s fastest and longest-range purpose-built business jet, innovatively crafted with the industry’s healthiest cabin for safety, comfort and performance beyond compromise.

With an industry-leading range of 8,000 nautical miles and an unbeatable top speed of Mach 0.94, the Global 8000 aircraft is the ultimate all-in-one business aircraft, offering customers a unique blend of outstanding performance married with the smoothest ride and an uncompromising passenger experience – the absolute leader in the long-range class.

Éric Martel, Bombardier President and Chief Executive Officer, stated: “Today, Bombardier solidifies once more its position as the leader in business aviation with the newest member of the industry-leading Global family.The Global 8000 aircraft leverages the outstanding attributes of the Global 7500 aircraft, providing our customers with a flagship aircraft of a new era. We remain unmatched, which for an innovation-focused team like us, is great.” 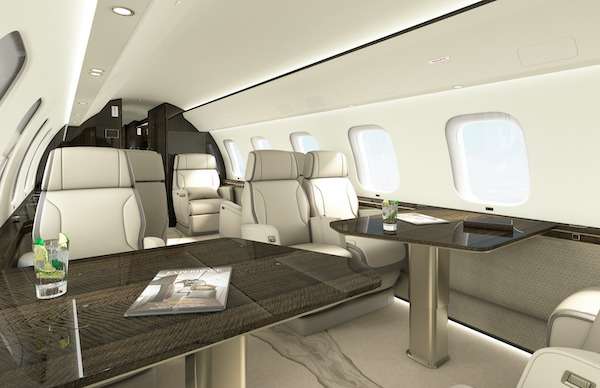 Some of the impressive performance capabilities of the new Global 8000 aircraft were witnessed as early as May 2021, following a demonstration flight with a Global 7500 flight test vehicle. The aircraft, accompanied by a NASA F/A-18 chase plane, repeatably achieved speeds in excess of Mach 1.015, a key step in enabling a maximum Mach operating speed (MMO) of M0.94 and becoming the fastest business jet in the world and the fastest in civil aviation since the Concorde. During the demonstration flight, the aircraft also became the first Transport Category airplane to fly supersonic with sustainable aviation fuel (SAF).

The discerning Global 8000 business jet also features the healthiest cabin in the industry, with the lowest cabin altitude in its class of 2,900 feet when flying at 41,000 ft. It is also equipped with Bombardier’s Pũr Air and advanced HEPA filter technology for the cleanest cabin air and the fastest fresh air replacement. 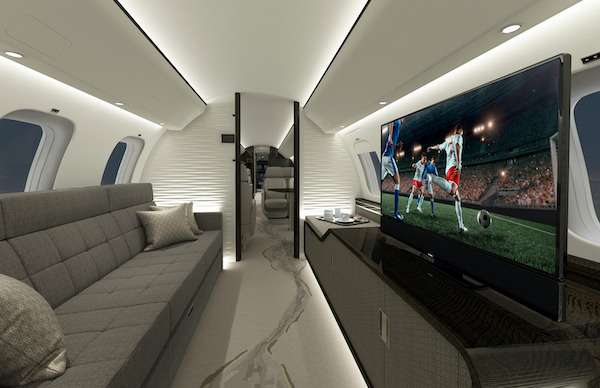 The Global 8000 aircraft is the only true four-zone cabin business jet to have a range of 8,000 nautical miles – and it more than delivers even when it comes to comfort. With its spacious four personalized suites ergonomically designed to maximize space and freedom of movement, the Global 8000 aircraft also incorporates the revolutionary features introduced on the Global 7500 aircraft that dramatically improve passenger comfort, including the Soleil circadian lighting system to help combat jet lag. Coupled with the innovative Nuage seat with the first-ever zero gravity position, passengers will arrive at their destinations revitalized and refreshed.

An exemplary commitment to detail is assured on the new Global 8000 aircraft, including an available Principal Suite with a full-size bed and a stand-up shower in the En-suite. Revolutionary cabin entertainment control and connectivity, the intuitive nice Touch CMS and OLED touch dial, Bombardier’s l’Opéra directional audio sound system and available 4K monitor, also ensures passengers will receive an unrivalled cabin experience.

In the cockpit, the Global 8000 aircraft features the renowned Bombardier Vision flight deck with its next generation fly-by-wire technology and blend of cutting-edge avionics with exceptional ergonomics and aesthetics for remarkable comfort and control.

Performance-wise, the new Global 8000 aircraft can efficiently transport customers to a wide variety of destinations both faster and farther than ever before. And with its exceptional class-leading range and short-field performance, even more exclusive city pairs are now achievable, including Dubai-Houston, Singapore-Los Angeles, London-Perth and many others.

The introduction of the new Global 8000 aircraft has been a carefully planned investment that further strengthens Bombardier’s impressive portfolio of industry-defining business jets. Development to date has been included in previously disclosed investment figures. All further development costs will be included in Bombardier’s capex, which remains in line with its 2025 objectives. 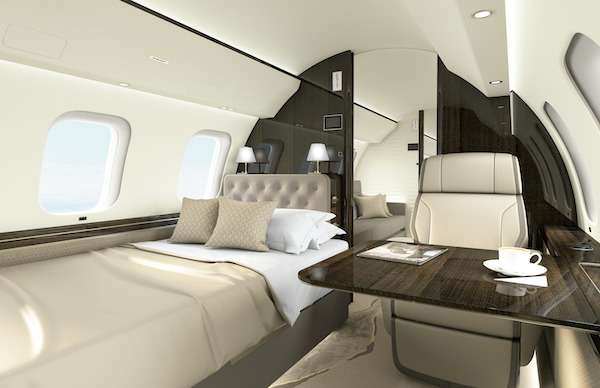