CMR Programs to save several billion dollars per year

A lot of discussions in business aviation industry are about cost effectiveness, cost savings, operational costs management.
So this is the information which might be very important, read it carefully.

Having refined the concept over the course of a decade, Wolf Industries Pacific Pty. Ltd, have created and launched CMR (Cost Management and Reduction) Programs to reduce the global spend of around $30 billion per year associated with owning and operating business jets.

A CMR Program ensures perpetual oversight and reduction of the fixed and variable expenses associated with a business aircrafts ownership and operation.

“For the first time ever, a solution exists that seamlessly integrates within an owner’s support network to allocate, track, analyze and most importantly, optimize their costs, as and when they occur.”

Mr Anderson states savings realized through the program wont affect the aircrafts operation:  “The fixed costs to own a ready to fly large cabin jet can be around 3 million dollars per year and depending on the hours you fly, many more millions per annum in fuel, maintenance, support services, and miscellaneous expenses. CMR Programs now offer the capacity to save an owner hundreds of thousands of dollars with zero impact on dispatch reliability or safety.”

He furthers that CMR Programs are the only viable option if you want constant owner and operation specific results: “Given they do not offer perpetual oversight, there are limitations to on-demand audits and current providers of software services offering transparency whilst comparing a user’s spending with benchmark data simply don’t assess an owners individual needs”.

“Reliable benchmark data is valuable, and we certainly use it, but it really is the datum point from which owner specific cost management and reduction can then commence. Our CMR Programs interrogate every line item within every invoice for accuracy, validity and efficiency relative to their actual operation and if certain issues are identified, they are acted on before the bill is paid.”

“By capturing and analyzing this data, CMR Programs will then advise and enforce efficiency programs or other strategies that reduce the costs of ownership before they even occur – it is a beast of a service”

Whilst CMR Programs will keep those paying the bills happy, the aviation industry may be hesitant. Given the estimated $30-plus billion it costs owners worldwide to own and operate their business jets, the programs enforcing just 10% savings of those expenses is several billion dollars less revenue per year.

Yet, Mr Anderson believes this is a positive. “I have seen high net worth owners being billed excessively and abandoning jet ownership as a result whilst I have also seen more informed owners with less means to own and operate a jet remain long term patrons of business aviation.”

“It’s a shortsighted mindset to not see this as benefiting the industry. With fractional or independent owners spending less and becoming more educated on their aircraft costs through a CMR Program, they are more likely to remain owners.” 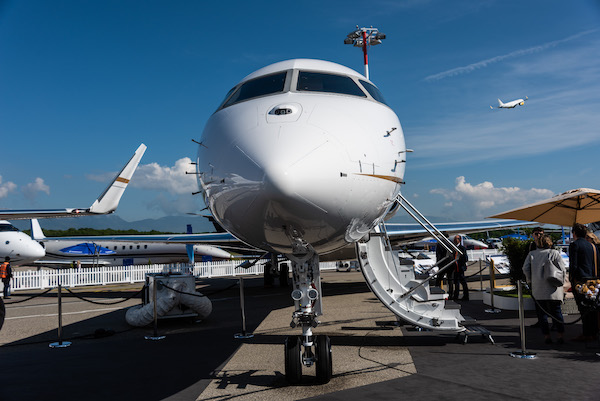 Loading comments for CMR Programs to save several billion dollars per year...