Demand for VIP commercial aircraft picks up in the Middle East

VIP Commercial airline specialist Global Jet, operator of 15 VIP Airbus and Boeing aircraft has seen the level of interest from the Middle East increase substantially over the past few months.  “We have received a number of qualified enquiries from a number of buyers’, states Hardy Sohanpal Head of Aircraft Sales and Acquisitions at Global Jet Monaco.  “This is the main reason, why we are attending the show and have an ACJ318 available for viewing for prospective buyers”.

Global Jet was also recently appointed as the exclusive sales broker for one of world’s most unique Boeing 787-8 Dreamliner’s.  The aircraft is designed to meet the requirements of heads of state, corporations, sports teams and private individuals, who want the ability to travel 7500NM non-stop with 80 passengers in supreme comfort. 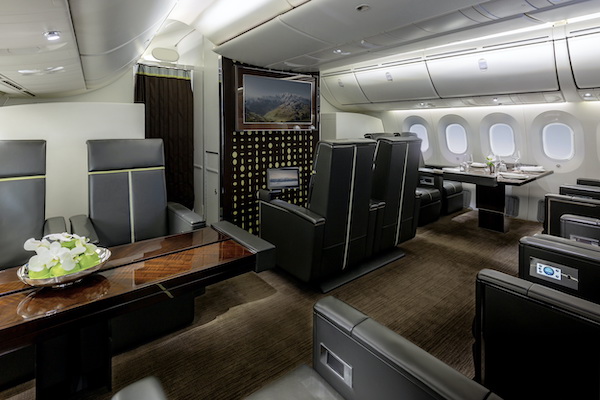 The aircraft was manufactured in 2010, recertified & delivered by Boeing in October 2014 and entered into service January 2016 following completion. The Boeing 787 stands out for its low carbon footprint. According to aviationbenefits.org, it produces 20-30% lower CO2 emissions than many of its airline contemporaries. Moreover, the Boeing 787 is exceptionally quiet, making a 60% smaller noise footprint compared to the jets it was introduced to replace in the industry.

Both the interior and exterior are virtually new with only 1700 flying hours in total.  “Configuration is one of the key elements of this aircraft” says Nicolas Jaccard of Global Jet Monaco. He goes on to add, “this is an exceptional opportunity for a specific market segment that needs the ability to move a group of people, without the current limitations of the commercial airline network”. 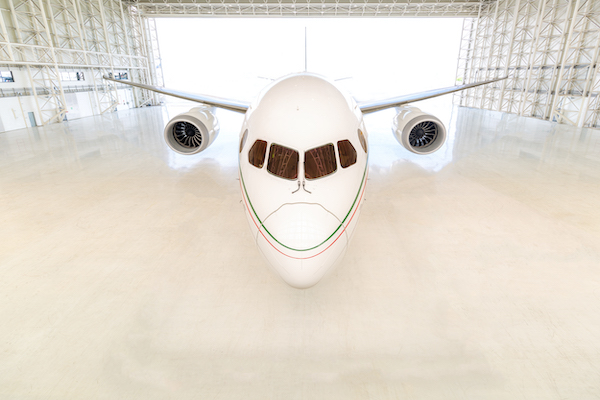 There are 80 seats, which includes Business Class and above. The cabin is ingeniously divided into a Presidential office, Master bedroom, Master bathroom with shower, VIP lounge, a working group area, two large galleys, and overhead flight crew rest areas.

The aircraft is available for immediate sale in airworthy status and all visual inspections are encouraged since it has been maintained to highest manufacturer’s standards.  “Global Jet has considerable experience operating VIP commercial aircraft and no doubt, these aircraft have high dispatch reliability rates”, comments Bjorn Naberhuis VP of Business Development at Global Jet Monaco.

Global Jet Monaco also has a number of VIP Commercial aircraft for sale including a ACJ319 priced at $39.5M and Boeing 767-300ER with a Winch Design interior and the ACJ318 to be presented during the Dubai Airshow. 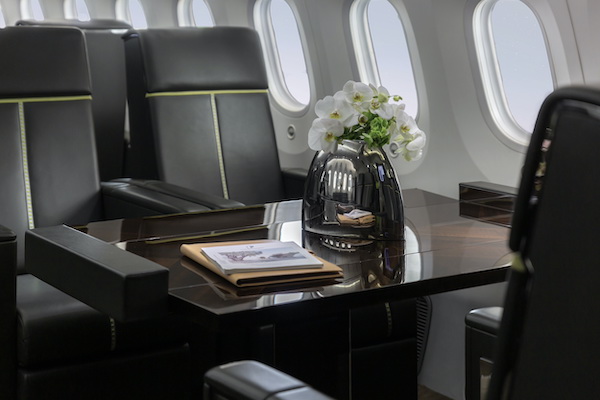 Loading comments for Demand for VIP commercial aircraft picks up in the Middle East ...

Boeing and Atlas Air celebrated the delivery of final 747

Boeing and Atlas Air Worldwide joined thousands of people – including current and former employees as well as customers and suppliers – to celebrate the delivery of the final 747 to A...

Safran, working with Réservoir Sun and Idex, will generate part of the energy it uses by installing solar panels at 17 of its sites in France. With a total capacity of almost 50 MWp, ...