Emperor Aviation strengthens its fleet by the new Gulfstream G650 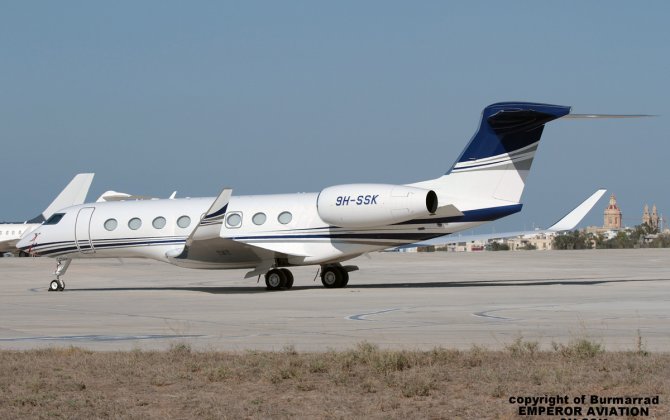 Emperor Aviation company, the first Maltese operator active in the Russian business aviation market received the new long-range Gulfstream G650 into operation. Niche specialists carried out complete follow up of the building process of the aircraft at the plant in Savannah, USA which lasted more than a year.

- Flagship Gulfstream G650 is a golden ratio in which the technology of the future and the unprecedented quality sort perfectly well with each other, says Irakli Litanishvili, Emperor Aviation owner.

- During the whole year our team carried out a most thorough quality control of the aircraft building process and we are sure the golden balance has been preserved.

The new Gulfstream G650 has the state of the art communication and entertainment systems aboard which can be controlled by the palm of your hand. Due to the special app for iOS gadgets the passenger can use audio and video systems in one touch l, control the temperature and electric window blinds or call the flight attendant whose gadget is also connected to the app.

Long-range G650 which became the 190-th aircraft of the type was enlisted in the Maltese certificate of  Emperor Aviation. Basing a business jet under the Maltese flag enhances its owner's opportunities to the maximum: starting from a favorable tax legislation to obstacle-free flights across the EU countries. While operating the new G650 the company will use its own know how - a transparent aircraft financial management structure which allows cutting operating costs by 15% to 25%. The aircraft with the catalogue price starting from $64,5 million will be used under the interests of a private owner.

Gulfstream G650 is one of the most liquid aircraft on the pre-owned business aviation market. As of August 2016 it is possible to find 11 aircraft only which confirmes high demand for the aircraft of the type. A used G650 average cost bears almost no difference from a new one and varies from $58,7 million to $64,8 million.


Loading comments for Emperor Aviation strengthens its fleet by the new Gulfstream G650...