ExecuJet looks forward to upturn in Middle East activity in 2019

ExecuJet, part of the Luxaviation Group, is exhibiting for the seventh time at the Middle East and North Africa Business Aviation Association (MEBAA) Show, from 10-12 December 2018, at Dubai Al Maktoum International Airport (Chalet 598).

Mike Berry, Exec. VP Aviation Services and VP Middle East, Luxaviation Group, says: “The Middle Eastern business aviation market has been slow for the past two years. However, we are expecting to see improvements in 2019, especially in the latter half of the year, as issues with aircraft grounded during the Saudi anti-corruption cleanout and the Qatari political embargo should get ironed out and resolved.

“As a result of the widespread economic upturn, we are also expecting to see boosts in tourist traffic across the region over the coming months. This is an area that used to attract a lot of activity, from Russia in particular, but has dipped significantly in recent years. We are looking forward to handling more tourist and business aviation activity as we slowly get back up to pre-recession figures.

ExecuJet announced plans at last year’s Dubai Airshow that it would be relocating its entire FBO and MRO operations to a single facility located at Dubai South’s Al Maktoum International Airport (DWC).

The new facility’s design has been agreed and will be going out to tender in early 2019 with an estimated date for completion set for early 2020. 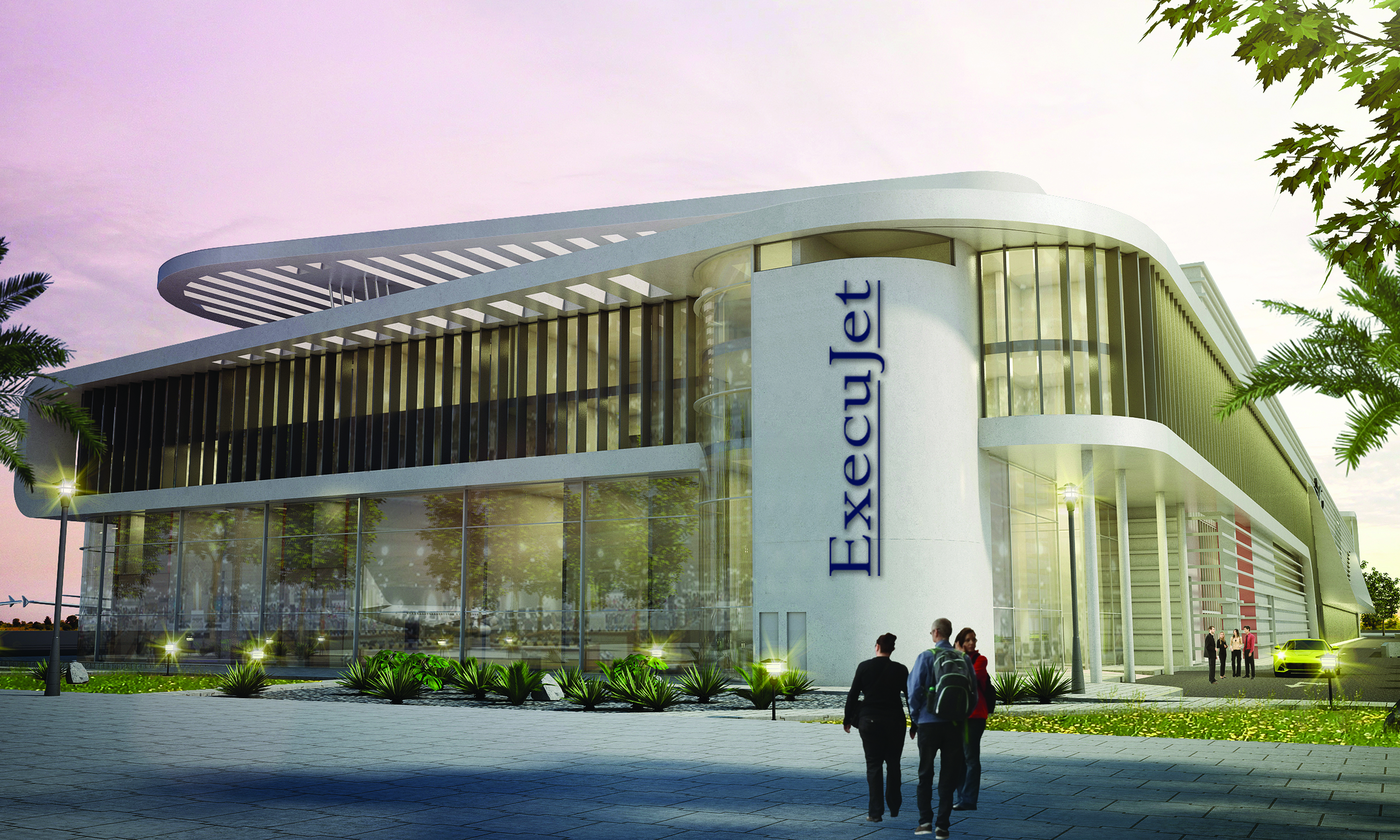 Berry says: “We began operating in Dubai in 1999 and opened a shared, single lounge FBO facility in 2007 with a team of just four ExecuJet employees. We have come an exceptionally long way in that time and our proposed expansion reflects the ambitious nature of everybody associated with the business. We look forward to welcoming customers to our new facility when it opens its doors in 2020.”

John Crook, Training Manager, ExecuJet, says: “The industry-wide shortage of qualified aviation professionals has a real impact on the availability of top engineers for aircraft maintenance. The only way to tackle this is to invest heavily in skills development. ExecuJet Middle East is dedicated to providing the next generation of highly skilled engineers, and thanks to the ongoing success of our internship programme, we are already seeing our MRO capabilities expand significantly.”

Graeme Duckworth, Executive Vice President MRO Services, Luxaviation Group, was present to accept the award. He says: “Winning this award becomes more special every year as it is a true reflection of the hard work, commitment and dedication of our teams. This is the sixth Bombardier International Award and the third Overall ASF Excellence Award win for ExecuJet in the Middle East and we are very proud to be recognised by the Bombardier team.”

Loading comments for ExecuJet looks forward to upturn in Middle East activity in 2019...