Exxaero introduces AirCare to exceeds health and safety of passengers

Exxaero announces its latest partnership with air technology corporation Inscentives Europe. The collaboration between the two companies involves the continuous disinfection of cabin air in aircraft by using UVC plasma technic. With the introduction of this revolutionary technology on board of all its aircraft, Exxaero wants to minimize chances on the spread of the coronavirus even further and keep flying for its passengers as safe and comfortable as possible.

“The safety of our passenger and crew is always top priority within our organisation”, says Roderick Buijs, CEO of the Amsterdam-based operator. “Since the very beginning of the COVID-19 pandemic, we are following the most strict guidelines regarding sanitation on board and disinfection of our aircraft.  In addition, we have kept searching for further possibilities to keep travelling by air as safe and pleasant as possible for our valued passengers. By implementing the technology of Inscentives Europe on board of our aircraft, we are able to wipe out bacteria and viruses within a split second without the use of chemical products, further reducing the possible chances of spreading viruses like corona. We are delighted to be the world’s first airline and private jet operator to offer this service to our passengers.”

The technology is based on a combination of ultraviolet (UVC) light, ozone, cold oxygen plasma, and negatively-charged ions. Not only the passing flow of air, but also all the cabin surfaces it touches get disinfected within a micro-second. This patented technology, originally used by NASA during the Space Shuttle program, has been further developed and executed worldwide by Biozone Scientific International. Today they are global market leader in the field on UVC air disinfection.

“In these difficult times when people are still anxious to step on board of an aircraft and sit in a closed space, the application of UVC-plasma technology provides an extra reassurance for travellers”, says Michel Andeweg, CEO of Inscentives Europe and importer of the Biozone systems. “The Biozone AirCare disinfects the flowing air continuously and wipes out bacteria and viruses even in places and surfaces difficult to reach. This makes this technic very suitable for application in aircraft cabins like Exxaero’s private jets.”

The Amsterdam-based enterprise, also the only 100% Dutch airline in business aviation, is rapidly expanding. Earlier this year the company welcomed two brand-new Dassault Falcon 7X aircraft to its fleet. Furthermore, the airline operates the Hawker Premier 1A, Cessna Sovereign, and the largest fleet of Dassault Falcon 900 aircraft in the Netherlands. Recently the company expanded its operations to Germany, resulting in the founding of new subsidiary Exxaero International GmbH. Based at Airport Weeze / Niederrhein, the airline operates with a Premier 1A on its German AOC. The company expects to have added several other aircraft to its German fleet by the end of the year. 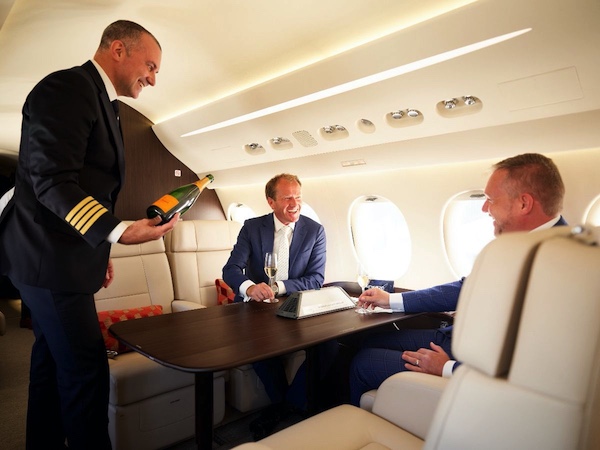 Loading comments for Exxaero introduces AirCare to exceeds health and safety of passengers ...