Helicopter Crashes Off Norway, Leaving No Signs of Survivors

A helicopter carrying 13 people from an oil field in the North Sea to the city of Bergen crashed on Friday off the Norwegian coast, and there were no signs of survivors.

Eleven passengers and two pilots — identified as 11 Norwegians, one Briton and one Italian — were en route from the Gullfaks B oil platform of the Norwegian energy company Statoil, the company and Norwegian authorities said. The cause of the crash was unclear. 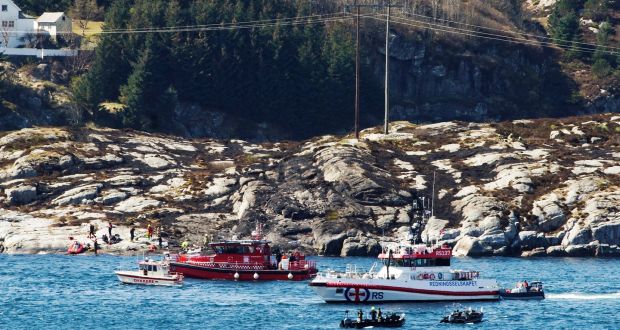 A search on land and at sea recovered 11 bodies, according to the Norwegian Joint Rescue Coordination Center, which was conducting the rescue operation with assistance from Statoil. The center said on Twitter that the two other passengers were also presumed dead, and that the rescue operation had been halted.

Television footage showed thick smoke rising from the island of Turoy, northwest of Bergen, on Norway’s southwest coast. A rescue boat and other small vessels could also be seen.

George Langeland, who lives in Turoy, said he saw the helicopter explode and fall from the sky from the terrace of his home. “It was a large explosion,” he said by telephone from the island. “I don’t know better how to describe it.”

Mr. Langeland added that he saw the rotor break off the helicopter.

Part of the helicopter’s hull was under water, about 65 feet from the shore, with debris scattered around it, according to members of the rescue team.

Rescue coordinators told journalists that a flight ban, including for drones, had been imposed for three nautical miles around the site of the crash, and a Statoil spokesman said the company had grounded all helicopters like the one that crashed — a Eurocopter EC225, known as the Super Puma. Statoil also said in a statement that production aboard the Gullfaks B platform had been temporarily halted..

Later Friday, the Norwegian aviation authority issued a temporary flight ban for all Super Puma helicopters in its jurisdiction. The same type of helicopter crashed in Norway in 1997, killing 12 people, the last fatal crash the country’s oil industry suffered, according to Henrik Fjeldsbo, a union officer and adviser to the Department for Health and Security in the Energy Industry, a trade union for offshore oil workers.

Mr. Fjeldsbo said in a telephone interview Friday that the union would call for an investigation into the crash and that all Super Puma helicopters should be grounded until its cause is determined.

In 2013, a helicopter of the same make carrying workers for Total from another North Sea oil platform, and also operated by CHC, crashed short of the runway in the Shetland Islands, in Scotland, killing four people.

Relatives of people onboard the helicopter that crashed on Friday were told to contact Statoil or the local authorities. 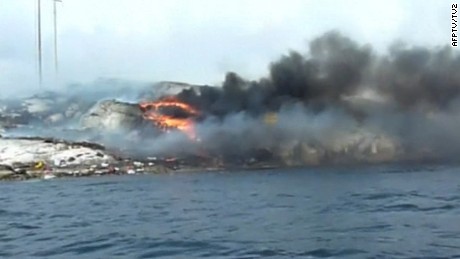 Loading comments for Helicopter Crashes Off Norway, Leaving No Signs of Survivors...