The 1,000th TBM very fast turboprop aircraft has rolled out from Daher’s Tarbes, France final assembly line, with this milestone airplane – a top-of-the-line TBM 940 version – destined for an owner/operator in the United States. Today’s achievement comes as the TBM maintains a solid market position in the entry-level turboprop and small jet category for the business aviation and general aviation sectors. “The Daher group and its employees take particular pride in reaching the TBM’s 1,000 mark,” stated Didier Kayat, the CEO of Daher. “We have made significant investment since integrating the TBM into Daher’s business portfolio, and now it is a major asset for our overall industrial activity.”

Nicolas Chabbert, the Senior Vice President of Daher’s Aircraft Division, added: “Looking ahead to the next 1,000 TBMs, we maintain our firm commitment to continue delivering aircraft that provide the optimum combination of speed and operational efficiency for owners and operators, along with the highest levels of safety and protection for pilots, families and passengers.” Chabbert noted that the number of TBMs produced since Daher’s acquisition of this aircraft product line 10 years ago has surpassed the total built throughout the program’s previous history. 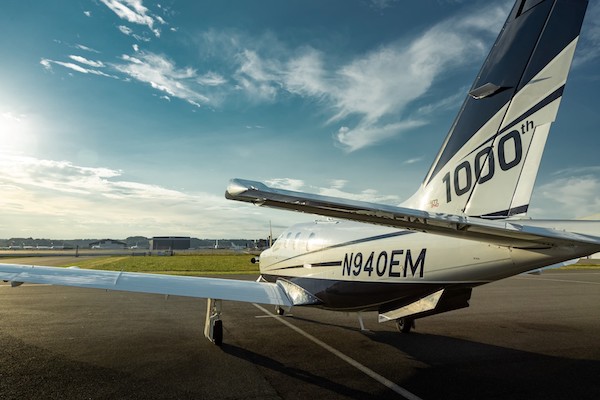 When the TBM originally was launched in the 1980s, there was some aviation sector skepticism about the market attractiveness of a pressurized single-engine turboprop airplane, with certain doubts whether the initial sales goal of 600 would be attained, he added.

Beginning with the cornerstone TBM 700’s introduction in 1990, a strategy of continuous improvement has been pursued in evolving the family of very fast turboprop aircraft, ranging from airframe optimization and enhancement for the avionics and cabin to developments in the company’s services and support offerings.

This was underscored by Daher’s introduction of the TBM e-copilot® for reduced pilot workload – including flight envelope protection, autothrottle, as well as automatic icing detection; along with the 2020 certification of the HomeSafe™ emergency autoland system that automatically brings the aircraft to a runway touchdown if the pilot becomes incapacitated.

Interior enhancements have ranged from upgrades for comfort and style to the availability of a quick-change lavatory compartment in the aft cabin, while the service innovations include the “Me & My TBM” application for Android and iOS devices that provides unique and valuable feedback on TBM flights and maintenance.

The TBM 900-series aircraft currently in production by Daher represent the sixth primary step for the family, and are offered in two production versions: the TBM 940, incorporating Garmin’s G3000 avionics with the new HomeSafe™ emergency autoland function, auto-throttle and touch screen controls; and the TBM 910, with Garmin next-generation G1000 NXi avionics technology.

Daher’s official handover of the 1,000th TBM will be made later this week at the company’s Pompano Beach, Florida operation, with the historic aircraft received by a U.S.-based owner/operator: James A. Hislop. An experienced private pilot and investment banker, Hislop is the co-founder and managing director of two private equity investment firms. He also is involved in charitable activities, serving as a volunteer pilot with Mercy Flights Southeast, Angel Flights Northeast and Patient Airlift Services.

“I looked at just about every airplane on the market that would fit my criteria in terms of safety, reliability, style and performance,” Hislop explained. “The TBM 940 topped the list in the areas of speed, range and payload, while also incorporating all of the safety features. It is built more to a commercial grade compared to general aviation standards; the cabin comfort is excellent; and the ‘ramp appeal’ is simply stunning.”

Watch the replay of the Live Event 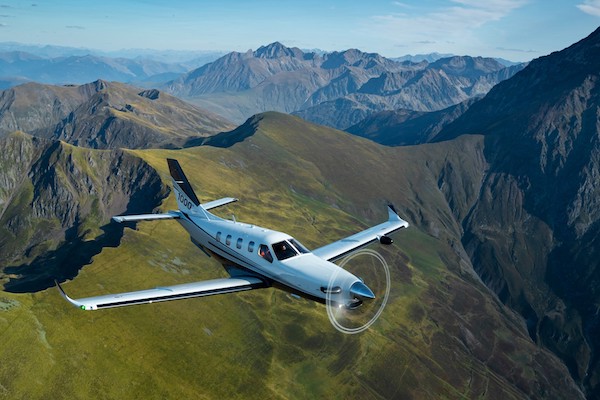