Bell has delivered a Bell 407GXi with an Instrument Flight Rules (IFR) kit to a Ukrainian corporate customer. The aircraft will be used for corporate transportation around Ukraine. “The Bell 407GXi demonstrates incredible performance and has proven to be a reliable aircraft that supports the needs and missions of our customers,” said Duncan Van De Velde, managing director, Commercial Business.

Upon taking delivery of the aircraft in Mirabel, Canada, the 407GXi was flown to Ukraine by Maksym Lunov, the pilot and owner of Heliclub, one of Bell’s Ukrainian Independent Representatives, with the customer on board. The aircraft completed a transatlantic flight, making stops in 13 countries.

“This Bell aircraft is comfortable, safe and reliable. It enabled us to have a unique travel experience that most people don’t get the opportunity to do,” the 40GXi customer said. “There were many highlights on the trip, but some of the most memorable were seeing the icebergs in Greenland, volcanoes and waterfalls in Iceland and the Alps in Switzerland.”

“I’ve been a pilot for 13 years, and a transatlantic flight is something I’ve always wanted to do. It would not have been easily done without the IFR kit,” added Lunov. “The Bell 407GXi is a remarkable helicopter that provided a safe and enjoyable trip. With the IFR kit, we had no weather limitations and it allowed us to proceed with the planned route without any delays.”

On Friday, Sept. 24, Bell and Heliclub, will host a customer demonstration event at the Mayachok Yacht Club, where the 407GXi will be on display along with a Bell 505 and Bell 429.

The Bell 407 aircraft has played an essential role in critical missions for more than 25 years. The aircraft sets a high standard for single-engine aircraft with its unmatched reliability and performance in hot, high or maritime environments. 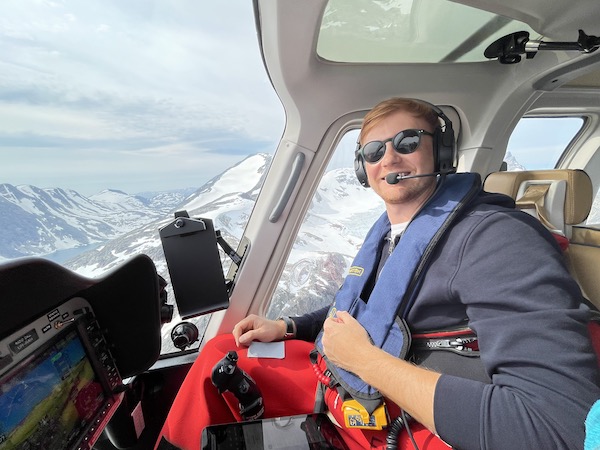