Who did it? Here is the answer - Jet It owner and Red Jet Squadron pilot Jon Halpern, from New York City, along with co-pilot and Jet It CEO, former US Air Force F-15C fighter pilot, Glenn Gonzales. What exactly was done? The distance of 1,662 NM done in 3 hours 59 minutes, from Denver, CO to Bar Harbor, ME;

Jet It currently operates a rapidly growing fleet HondaJet Elite aircrafts spread out across the country, of which owners are allotted a number of utilization days where they only spend $1,600 an hour. As they travel with Jet It, qualified owners have the freedom to travel as pilot or passenger, for no additional cost. After they receive their HondaJet type rating, owners join the exclusive one-of-a-kind Red Jet Squadron (RJS). Halpern was introduced to the Jet It RJS when he sold his previous jet to join Jet It in 2019.

"As an aircraft owner and pilot of 20 years, Jet It is the perfect solution that I have aspired for when looking for an ownership opportunity.  Jet It offers all the freedom, flexibility and adventure of aviation, for a fraction of the cost and with none of the headaches. I fly state of the art equipment, have on-demand access to seasoned professional crews, and benefit from corporate flight department-level training, maintenance, and operational support.  All my costs are fixed, with none of the surprises that are common with private ownership."

Jet It Co-founder and CEO Glenn Gonzales is no stranger to breaking barriers as he holds four other world records in aviation, two of which are in the HondaJet. As an aviator, Gonzales is proud to now share this first Red Jet Squadron record with Jon. "Jet It is about creating one-of-a-kind memories and experiences," says Gonzales."As a Red Jet Squadron member becoming a world record holder is just another value-add that only Jet It provides." 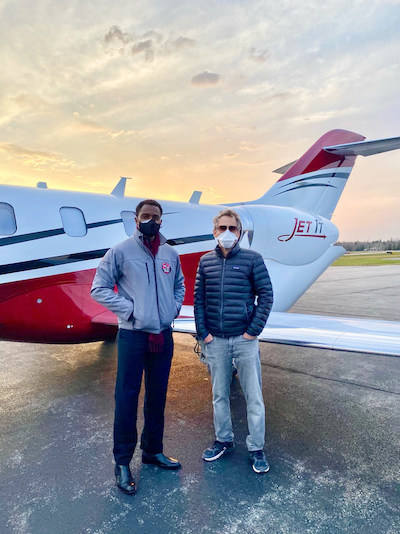