RFDS Western Operations uses its aircraft for medical emergencies and patient transfers between medical facilities, over the last year travelling 8 million kilometers across Western Australia to reach 9,012 patients. The RFDS' 24-hour aeromedical service retrieves patients from some of the most remote corners of Western Australia and their highly skilled pilots have experience landing on roads or dirt airstrips of all kinds.

"The Flying Doctor in Western Australia is delighted with the support received for this fleet conversion, from both West Coast Propeller, Hartzell's Recommended Service Facility here in Western Australia, and from the Hartzell factory in the United States," said RFDS Western Operations Managing Engineer Andy Lewis.

"We are currently installing the five-blade Hartzell props on two of our aircraft at our maintenance base in Jandakot, and are already flying three PC-12s with the five-blade propellers installed at the Pilatus factory. We have ordered three more props to date with intentions to eventually transition our entire fleet of 16 PC-12s," he added.

"The new Hartzell propellers are lighter, stronger, require less maintenance, and provide more torque, which enables the aircraft to fly better and ultimately save on fuel." He said the new propeller system will maximize aircraft performance and increase patient comfort with less vibration expected during flight.

"West Coast Propellers is exceedingly happy to help the RFDS and represent Hartzell Propeller with this five-blade upgrade that cost effectively takes the PC-12 aircraft to the next level of performance, reliability and comfort," said Stephen Ashley of the company. "It is a privilege to be involved with such an exciting product, being put into play for the end user."

"We appreciate the confidence shown in our five-blade propeller by the RFDS and the cooperation and support of West Coast Propellers. The five-blade composite swept-tip props chosen by the RFDS are specially designed to maximize performance for the Pilatus PC-12," said Hartzell Propeller President JJ Frigge. "The prop is a product of Hartzell's multimillion-dollar investment in structural composites, advanced aerodynamics, and modern manufacturing processes." 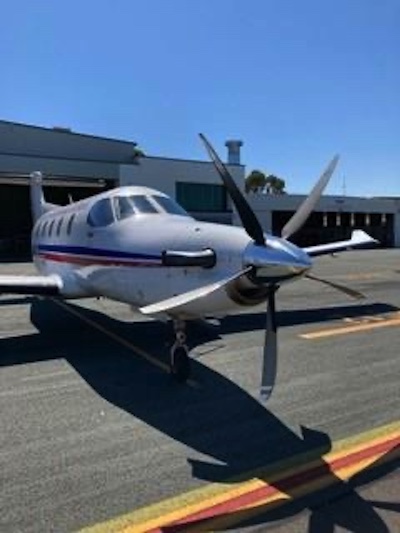