In 2018, Sino Jet Ltd expanded to include a base in Guangzhou, China, under the company’s strategic expansion into the Greater Bay Area (GBA). The operator, which is also the first in Mainland China to achieve the highest level of the internationally recognised safety standard, IS-BAO III, has now announced its plans to further expand into the GBA and meet the growing trend for niche travel services.

The “GBA Initiative” from the Central Government of China aims to shape the region as an economy comparable to global bay areas including San Francisco, Greater New York and Tokyo. Around 25% of those on the Forbes China Rich List 2018 are based in or originate from the GBA, indicating a demand for greater access to business aviation services. There is also a trend among China’s elite for access to highly personalised “bleisure” travel, which Sino Jet offers through its “flying club”, GEOSTAR.

Sino Jet currently has four bases in the GBA. These are, Macau, Hong Kong, Guangzhou and Shenzhen. Jenny Lau, Group President of the company said, “Hong Kong remains one of our dual headquarters along with Beijing. Sino Jet Macau provides an alternative to HKIA during peak periods and will develop further in the mid-term. In Guangzhou, demand for general aviation is growing and we will continue our investment in the region. Shenzhen, already a major hub in southern China, is a location where we see huge opportunity with the release of the third terminal and increased parking. Sino Jet has always taken a first-to-market approach and one in which we lead with the highest levels of safety and service. We plan to replicate this model in the GBA as we have elsewhere in Greater China by recruiting more highly qualified professionals and well-trained engineers to meet the huge demand for business jet services in Shenzhen and the wider GBA”.

Economic growth in the GBA is predicted to surpass the rest of China and drive business expansion, according to a recent joint report from KPMG, HSBC and HKGCC. Under the plans, the Central Government of China is set to invest in the GBA, connecting the cities for international and domestic transport including business aviation. Sino Jet is one of the fastest growing business aviation management companies with multiple bases in Greater China. Through its group of companies, it offers comprehensive services, specialising in niche and business travel. The company is also actively involved in targeting the new trend for “bleisure” – that is to combine business and pleasure travel with the use of business jets.

Frank De, President of Sino Jet Hong Kong said, “We saw an opportunity to be one of the first-to-market in Guangzhou, Macau and the wider GBA when early indications of its future development came to light in 2015-16. With early planning and action, we have forged and solidified partnerships with service providers that enable us to deliver a seamless experience without compromising on our safety and service standards. Local knowledge is particularly important in mainland China where the procedural situation is often complex. Our Beijing headquarters operates with CAAC #91 and we have established a cooperative connection with the aviation authorities whereby we can comfortably navigate operational matters. What is important to our customers is our ability to navigate operational procedures inside and outside of China. We look forward to our further expansion into the GBA where we will continue to grow the fleet, our service profile, and the company’s customer base”. 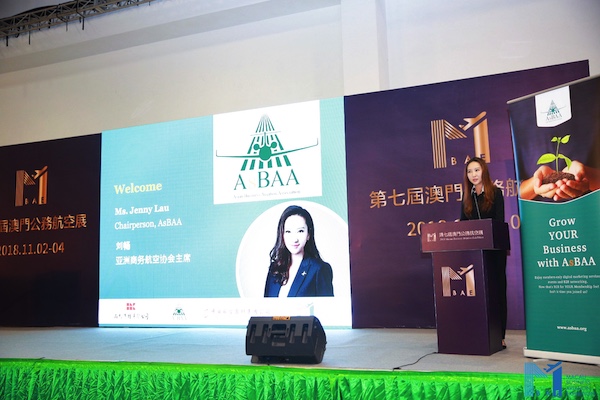