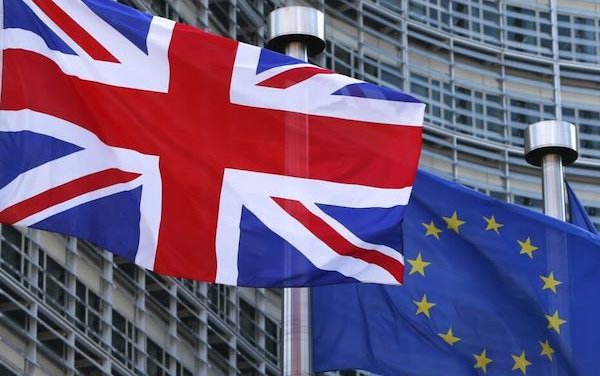 So the meaningful vote on the Government’s Brexit agreements has come and gone and we are no further forward.  The 29th March 2019 is fast approaching and the aviation community still does not know what regulatory framework or agreements will be in place when the day arrives.  The continued uncertainty is clearly not helpful for those UK and EU member state based business that want to trade and particularly fly across the new EU external borders, however this is the situation that we face for a little longer.

I am frequently asked what will be the likely outcome of the Brexit negotiations and what should aviation businesses do to protect themselves?  There remain a number of potential outcomes that will need a different response from affected people and organisations, both aspects of which I discuss below, however, as with any politically influenced change, the final outcome may be from far outside of our current expectations and anything that has existed before. In this case, your guess is as good as mine.

The Conservative Party, supported by the DUP or another minority party, retain power and cross-party talks are rapidly launched to attempt to gain consensus or at least majority support for a new agreement.  Timescales are too tight for anything other than limited proposals to address the parties ‘Red Lines’, predominantly the Northern Ireland Backstop and there is a likelihood that the EU would not entertain further revision of the draft agreement before the March deadline.  In this case, the Government could make a request for the Brexit date to be extended, probably for a limited time, to allow for alternative proposals to be negotiated and the current unresolved situation would continue.  A transitional period is likely to be included in this option, extending the date by which organisations would need to resolve any EASA approval changes and revised EU trading and travel arrangements.  In this case – there would be no need to panic.

A ‘Hard Brexit’ occurs on 29th March 2019.  Unless alternatives are agreed beforehand, the current arrangements would result in the UK reverting to full trading independence under WTO rules and becoming a ‘Third Country’ to the EU.  With a few limited exceptions, all approvals, personal licences and certifications issued by the UK CAA directly or by UK approved organisations would also become invalid overnight and the future for EU citizens in the UK and vice versa, would be in doubt.  Route licenses and access for operators to the EU internal air transport market would also become invalid, requiring new bilateral Air Transport Agreements to be put in place, if they wish to trade within the EU.  In this case, the worst scenario in my opinion, UK issued EASA approved organisations would need to urgently apply for the transfer of their current approvals to be EASA granted ‘Third Country Approval’, a process which is already in place and operating.  Whilst most organisations can take advantage of this option, Air Operators cannot apply and Design Organisation scope of approval may be restricted.  There is likely to be a significant surge in applications following a ‘Hard Brexit’, so if organisations recognise this outcome as a significant risk to their business, it may be prudent to apply for EASA Third Country Approval now.  Will this outcome happen? Who knows!

The political situation in the UK changes to such an extent that Brexit would need to be put on hold to allow time for the development of new negotiation strategies, perhaps a second referendum to happen or new political allegiances to be struck. The European Courts have stated that it would be possible for the UK to withdraw its notification of leaving the EU and if this were the case, we could carry on as ‘normal’ – if ‘normal’ still exists after the last two turbulent years.  If this were the case, then UK CAA or UK-based Approved Organisations’ certificates and UK issued EASA licenses would remain valid and the freedoms of movement of people, services, and goods would be unaffected.  The extension of the Brexit date could also be requested as another option in this case, of course.

I know there are lots of ‘ifs and buts’ and a myriad of potential scenarios that will affect the future of the aviation sector in the UK and to a lesser extent within the other EU member states, and it seems that we will have to wait for a while longer to know what the final outcome will be.  My advice to organisations remains unchanged.  Consider the impact of a hard Brexit on you and your businesses against the potential costs and effort to achieve EASA Third Country approval, if available to you. To individuals holding EASA Personal Licenses, consider whether it would be prudent to apply for a transfer to another EU Member State.  As part of your ‘risk assessment’ consider the surge of applications that is likely for each and as a minimum, gain an understanding of the transfer process and costs and finally, whether it is worth starting preparations now.

I will provide further updates as the future situation becomes clearer, however if you would like to talk about your options, then please make contact by emailing [email protected]


Loading comments for UK Exit from the EU and its impact on the UK Aviation Industry...