The fifth Gulfstream G700 flight-test aircraft has taken flight, just three weeks after the fourth G700 flew for the first time. “The G700 flight-test program is progressing exceptionally well,” said Mark Burns, president, Gulfstream. “Every day, we come closer to our goal of delivering this revolutionary aircraft to our customers. We are steadily increasing flights, flight hours and the completion of numerous company tests, further raising the bar for business aviation around the world.”

The fifth G700 test aircraft took off today and flew 3 hours and 8 minutes, reaching an altitude of 48,000 feet/14,630 meters and a top speed of Mach 0.935. This aircraft will focus largely on testing avionics.

Since the first G700 flight on Feb. 14, Gulfstream has made significant progress in company flight-testing including cold-weather at Eglin Air Force Base in Florida; flutter; aerodynamic stalls; and envelope expansion. The aircraft has also flown beyond its maximum operating speed and cruise altitude, reaching Mach 0.99 and an altitude of 54,000 ft/16,459 m. In typical operations, the G700 has a maximum operating speed of Mach 0.925 and a maximum cruise altitude of 51,000 ft/15,545 m. 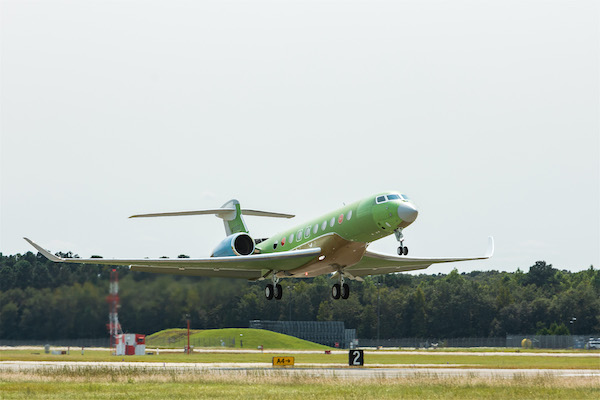 Airbus A321 freighter – synergy between costs and convenience

Probably one of the longest ongoing rivalries in the aviation market is the one between two aircraft manufacturing giants - Airbus and Boeing. For years the companies had been head to head, trying to...

SPARFELL welcomes a new Challenger 300 to its fleet

If we say that since February 2020 air travel is not like it was before, whould you agree? Post pandemic air travel is still a challenge. So for many corporate and private travellers business aviation...

Helicopters of the Mi and Ka brands, produced by the enterprises under the Russian Helicopters holding company, have since the beginning of 2021 taken part in firefighting operations in more than 10 c...

Lufthansa Group is accelerating the modernization of its fleet. New, highly cost and fuel-efficient aircraft are replacing older types on short, medium and long-haul routes. As a result, the Executive...