Hartzell Propeller's profile at the 2019 EAA AirVenture, to be held July 22-29 in Oshkosh, Wis., features multiple aviation celebrities, a number of exhilarating air show performances and technical presentations, in addition to the world's best propeller specialists.

"Hartzell Propeller's strong lineup at the 2019 EAA AirVenture reflects our position as the world's leading propeller designer and builder," said company Executive Vice President and General Manager JJ Frigge. "Every year our team looks forward to being deeply involved in the largest gathering in the world of true aviators. "

"This year, Hartzell Propeller will once again be at the forefront of the world's greatest adventure for flying enthusiasts," said company president Joe Brown, who serves on the board of EAA. "We look forward to being a part of AirVenture and surrounded by people who just love to fly."

Hartzell will once again be at the center of the Airventure action by sponsoring several aerobatic flying demonstrations, as well as co-sponsoring a growing Pilot Proficiency Center. The lineup cosponsored by Hartzell Propeller includes some of the world's greatest aerobatic performers. 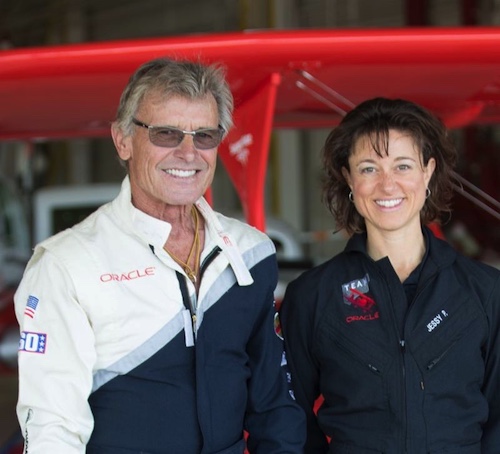 Aviation superstars Sean D. Tucker and Jessy Panzer, Michael Goulian, Matt Sean D. Tucker and Jessy Panzer, Team Oracle. Chapman, and John Klatt and Jack Link's Screaming Sasquatch, Bill Stein, and Jim Pietz will perform during the afternoon air shows and Redline Airshows will provide some nighttime flying. In addition, some of these aviation celebrities will be holding meet and greet autograph sessions with their aircraft at Hartzell Propeller's exhibit.

At its exhibit, Booth 296-297 in the Main Aircraft Display Area next to the EAA AirVenture Welcome Center, Hartzell will exhibit a range of two-blade to five-blade constant speed aluminum and structural composite propellers. On display will be Hartzell's 2-blade composite Trailblazer, 3-blade Bantam and Raptor applications, 4-blade aluminum and composite options, and 5-blade carbon fiber propellers for various aircraft models, including TBM, PC-12, Piper Meridian/M500/M600, and King Air 350.

Hartzell will be showcasing a Cessna A185F with a newly STC'd three-blade metal propeller, while partnering with OEM's and modifiers all over the EAA grounds to display state of the art propellers for Cubcrafters, American Champion, Aviat, Blackhawk, Texas Turbines, Wipaire, and many others.

During AirVenture 2019, Hartzell's professional propeller experts will conduct informative Tech Talks at the company booth. The presentations will cover several useful topics related to propellers. Here is the schedule:

EAA's Pilot Proficiency Center, which Hartzell is co-sponsoring, is promoting, showcasing and encouraging the use of multiple tools and programs to stay engaged in a year-round activity to advance proficiency and skill in general aviation.

Guests to the center will be able to gauge their instrument proficiency, learn tips and tricks from the experts, learn about the latest advancements in technology, and learn about many programs and tools available to them year-round.

Located on the Four Corners, this center is a focal point for pilots of all skill levels, even beginners. It features 14 Redbird LD flight simulators with instructors featuring scenarios for IFR and VFR proficiency.