Touchpoint Group Holdings announced that in a first for the global aviation industry, its AIR RACE subsidiary has agreed to terms with Prometheus Fuels to supply the championship series with zero net carbon aviation fuel.

Pursuant to the terms, AIR RACE will use Prometheus zero net carbon aviation fuel to accelerate its goal to become a net zero emissions company by 2025. Prometheus Fuels uses its Titan Fuel Forge to create ‘fuel from air’ by reclaiming atmospheric carbon through its proprietary reverse combustion RAECR™ process. The process strips carbon dioxide (CO2) molecules from the air and energizes them into hydrocarbons that are subsequently made into fuel. The electricity used in the process comes from renewable sources such as solar, wind, wave and hydro, ensuring that zero net carbon emissions result from the use of the fuel.

Prometheus makes high-performance, drop-in replacement fuels that are guilt-free, helping to fuel the power of choice. Starting with gasoline for ground vehicles, California-based Prometheus will subsequently add the production of diesel, jet fuel and aviation gasoline – known as AVGAS - to its zero net carbon fuel product range. Because Prometheus fuels are molecularly identical to those traditionally derived from fossils, they can be used in all existing storage and delivery infrastructure and require no modification to internal combustion engines.

Speaking about the new partnership, Willie Cruickshank, AIR RACE Race Series Director, said:
“As a signatory of the Sports for Global Climate Action Declaration, adopting, showcasing and promoting the latest developments in green aviation is a core principle of the AIR RACE and we are excited about the opportunities Prometheus’s zero net carbon AVGAS brings to both air racing as well as the wider global General Aviation community.

“AIR RACE is working with a growing network of inspirational technology partners who are pioneering a wide range of sustainable energy and propulsion solutions, ensuring AIR RACE remains true to its vision to provide the ultimate proving ground for urban air mobility, aviation and clean technology. Our partnership with Prometheus is the first of many aviation innovations that Air Race will be introducing in the years to come.”

AIR RACE World Championship is a race format originally developed by Red Bull as the Red Bull Air Race. It was founded in 2003 and has hosted 94 championship series races around the globe. It has attracted viewers in 187 countries and has been broadcast to an audience of over 230 million viewers with over 2.3 billion media impressions worldwide in its most recent season. It is the largest live spectator sports event in the world attracting over 1 million spectators to a single air race on multiple occasions in cities such as Porto and Barcelona.

AIR RACE World Championship will build on the significant legacy that the Red Bull Air Race leaves behind, and is well positioned to deliver one of the world’s most thrilling and pioneering global sporting events – focused on future tech, innovation, clean energy and spectator experience. 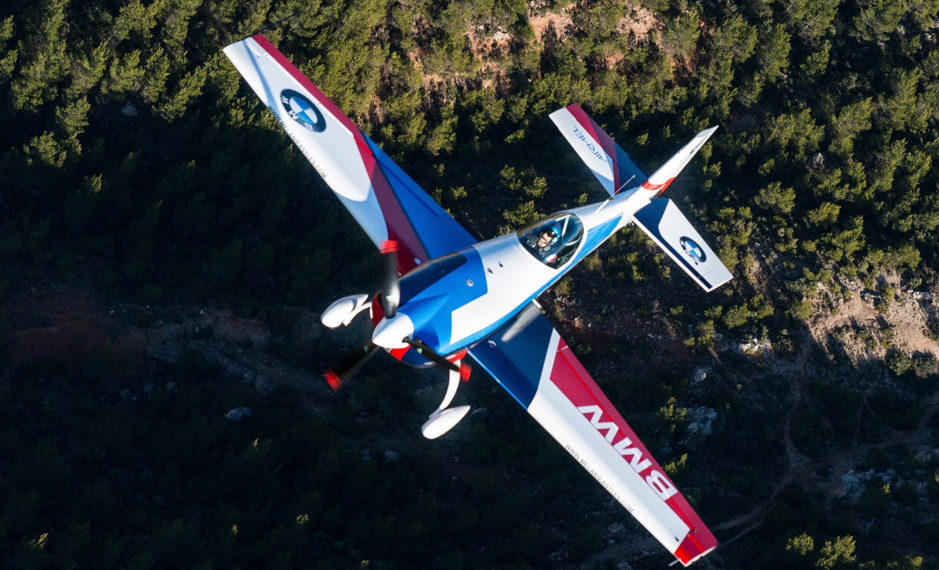