On September 26th, 2018 Annual Aviation Industry Awards announced the best-in-class companies and initiatives in commercial aviation industry. The winners were chosen by over 70 000 worldwide voters, who cast their voice in the competition. The Awards ceremony was a part of a major aviation event AIR Convention 2018 - one of the biggest gatherings of aviation leaders and influencers, organized in Vilnius, Lithuania.

“Annual Aviation Industry Awards were from the very beginning designed as a way to recognize companies offering the most effective solutions to existing problems in commercial aviation”, comments Skaiste Knyzaite, the General Manager of AIR Convention. “Apart from awarding best performing airlines of 2018, we had several categories for flight schools, in order to reveal best training solutions. Plus, we put additional accents on best innovative projects within several categories, as well as rewarding diversity and inclusion projects in aviation - to honor the ones putting most effort. Now we hope this is the first successful step leading to a long-lasting annual tradition”, she adds.

Four airlines: Norwegian, Blue Air, Wizz Air and EasyJet competed to get the award for the Low-Cost airline of the yearduring the last round of voting. The award finally went to Norwegian, third largest low cost carrier in Europe. Among all, the airline stands out for humanitarian initiatives it has been actively involved in since 2007. In the Long-Haulcategory 23 airlines in total were represented, with four finalists - Emirates, Lufthansa, Qatar Airways and Turkish Airlines. After summarizing votes in the final round, the award went to Lufthansa.

Apparently toughest competition of the evening for “Aircraft manufacturer of the year” award was finally terminated in favor of Airbus, distinguished not only for noticeable contribution to the industry, but for recent innovations as well.

The most effective solutions in airport infrastructure development were to be highlighted within the category for most innovative and advanced airport regarding both customer and employee experience. “Airportof 2018” nomination was an intense competition between busiest aviation hubs, including Changi Airport, Schiphol Amsterdam Airport, Dubai International, and Munich Airport. After independent voting, Changi Airport pulled off a win.

The award for the best training centerwent to OSM Aviation, the first company to offer Total Crew Management - full range management and recruitment services for the aviation industry.

The award “Eco-product of the year” was received by ETS Environmental Technologies Solutions for two products that offer better aircraft exterior and interior cleaning. “Step forward in aviation training” was another category to unveil best of the best in the field of aviation training, this time now focusing on the most outstanding initiatives. After intense competition, the award went to Synapse Aviation. The company claims that poor aviation awareness causes 85% of all aviation incidents and accidents. Their solution helps to enhance situational awareness with the help of 3D technologies.

“Diversity and inclusion initiative of the year” category was designed to recognize projects doing the most to allow more diversity in the cockpit. The nominations presented a number of meaningful projects, like “Girls take flight” in Oshawa, “Amy Johnson easyJet flying initiative”, “NGPA”, “Girls in aviation Day”, “Dreams soar” and “Aerobility”. All of the competitors carry very important messages, but the project “Girls in aviation day” was acknowledged as the winner. This project is an annual initiative, launched in 2014 with the primary intention to educate girls from 7 to 14 about their career opportunities in aviation and aerospace industries.

The award for “Innovation and technology: Breakthrough of the year”was given to TESTIA, Airbus company that provides aerostructure testing and Non-Destructive Testing (NDT), and sets its goals to ensure not only for future but present innovations. “Most captivating marketing project of the year”became the SunExpress Multichannel marketing campaign, aimed at enabling the highest efficiency while allowing marketing data platform run automatically.

Aviation Industry Awards took place at Energy and Technology Museum, unique venue in Vilnius, transformed to fit the atmosphere of industry elite gathering. The awards were the VIP initiative of AIR Convention Commercial Aviation Forum, one of the most influential aviation networking events taking place as the two-day’s conference and exhibition on September 26-26, 2018. 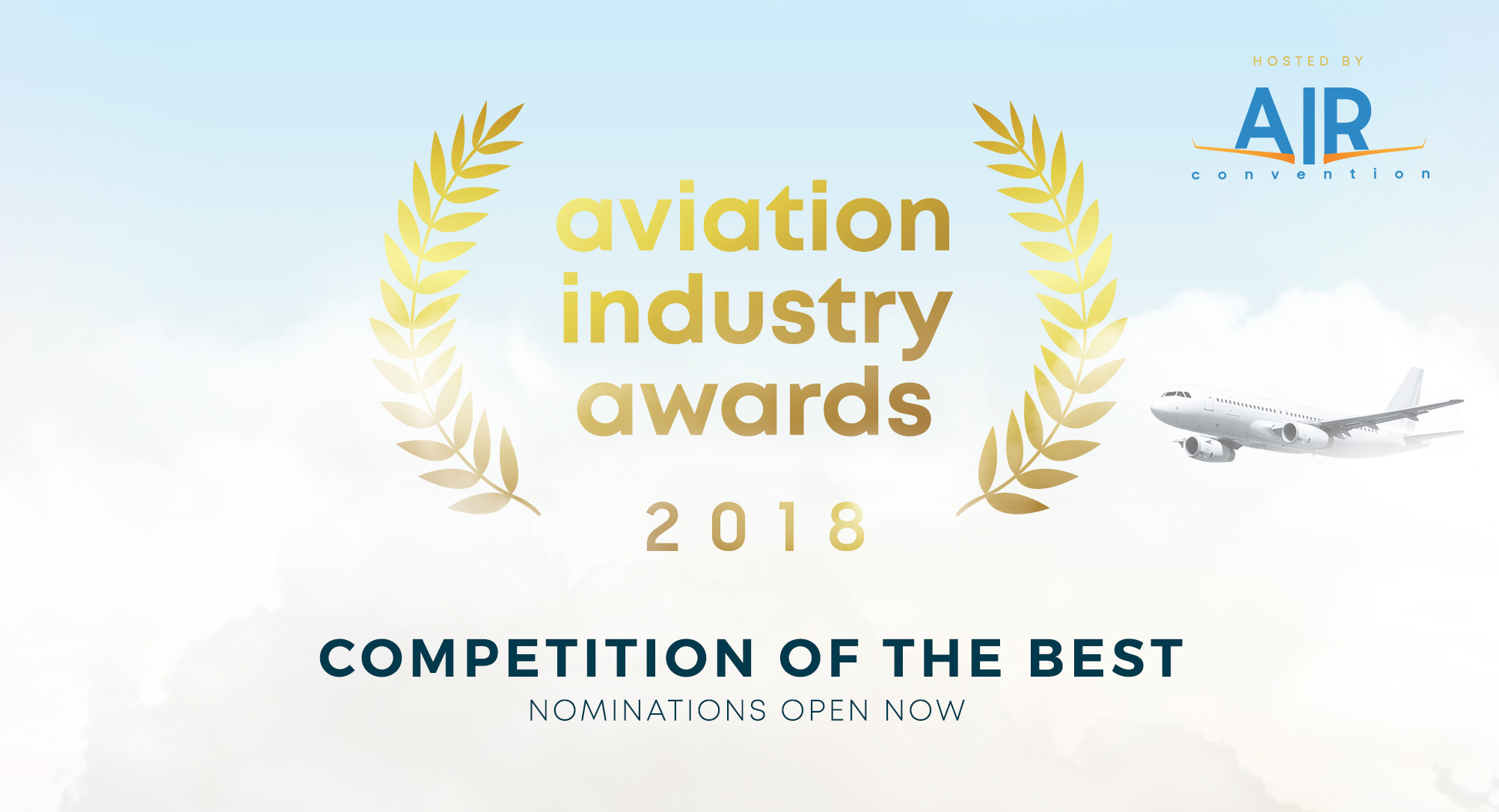