The seventh annual Asian Business Aviation Conference & Exhibition (ABACE 2018) will open on April 17 to 19 at the business aviation base at Shanghai's Hongqiao International Airport. 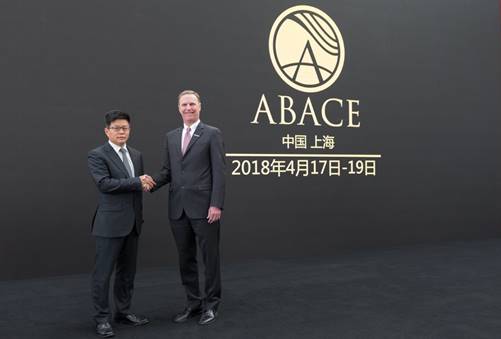 This year ABACE incorporates a brand-new hangar at Shanghai Hongqiao International Airport, allowing an exhibit floor that spans both hangars and a pavilion, showcasing more than 170 exhibitors.

ABACE continues to be the venue of choice for aircraft manufacturers to introduce their newest models to China and other Asian markets and there will be 30 aircraft on display, including the full spectrum of business aircraft, from pistons to intercontinental jets, as well as six helicopters.

The Chinese government has consistently recognized the importance of general aviation, and the need for infrastructure development to support it. Chinese government officials, including Captain Jiang Huai Yu, Deputy Party Secretary and Director General of the Eastern Regional Headquarters for the Civil Aviation Authority of China, Mr. Cai Jun, Deputy Director General of the Shanghai Municipal Transportation Commission and Mr. Wu Jianrong, Chairman of the Shanghai Airport Authority will speak at the ABACE Opening General Session.

To advance the industry’s development, the Civil Aviation Administration of China (CAAC) put forward new initiatives and goals regarding the development of general aviation in the Development Plan of General Aviation during the 13th Five-year Plan Period. Potential demands cover extensive sectors, including not only public services, such as industrial, agricultural and forestry operations, airborne medical rescue and relief and short-distance transport, but also the consumer sector, in the form of low-flying tourism and flight experiences.

According to the plan, China’s general aviation industry will more than double its 2015 size by 2020, which presents another RMB1 trillion market in China.

These and other plans for building China’s general aviation sector will be a part of Chinese government officials’ remarks not just during the Opening General Session, but also during the CAAC’s Business Aviation Development Forum, returning to this year. Hosted by representatives from the Eastern Region of the CAAC, SAA and NBAA, the forum brings together top-level regional, national, and international officials to discuss a wide range of matters, including the continuing development of China's emerging business aviation industry, and initiatives for ongoing expansion of China's aviation infrastructure.

Of course, ABACE has traditionally feature decision-makers from governments outside China, who recognize the potential for general aviation here and throughout Asia, and that will again be the case this year. Sean Stein, Consul General of the United States in Shanghai; Axel Cruau, Consul General of France in Shanghai; Weldon Epp, Consul General of Canada in Shanghai; and John Bruns, Co-Chair, US-China Aviation Cooperation Program will all be additional speakers in the ABACE Opening General Session lineup. 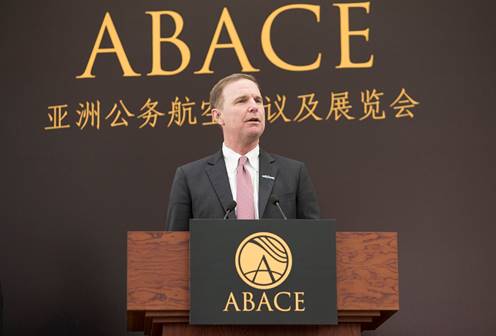 Mr. Ed Bolen, NBAA President and CEO, commented, “Business aviation is becoming ever-more established in this region, with ABACE playing a pivotal role in its ongoing development. We’re honored to have more than 170 exhibitors and thousands of attendees from around the region for what is set to be another successful gathering of the region’s business aviation sector.” 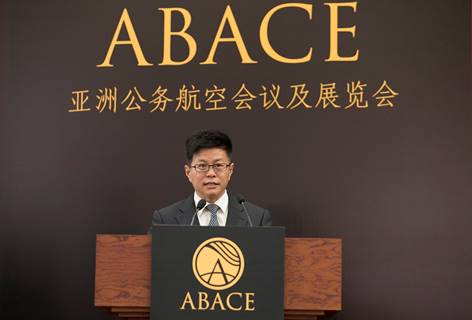 Mr. Lu Xun, Vice General Manager of Shanghai Airport Authority Assets Investment & Management Company, said, “As the infrastructure hub in the Shanghai’s aviation, Shanghai Airport has developed the business aviation as a complementary support to the transportation aviation, and is dedicated to provide a wide range of service to public. We aim to continuously increasing the service capability at the Shanghai Airport and providing the best aviation service protection to the world from Shanghai’s excellent infrastructure.”