At Paris Air Show, the future of light aviation will be written in the present with the French Federation Vol à Voile, Siemens and Extra!

During the 52nd Le Bourget Air Show, the French Gliding Federation (FFVV), in collaboration with EXTRA, the German aerobatics airplane manufacturer and Siemens AG, are proving that electrically powered flight has now become a true reality in general aviation.

At the controls of the prototype electric aircraft EXTRA 330LE, Walter EXTRA is planning to tow an FFVV aerobatic glider piloted by Nicolas HONNONS for his daily presentation at the Le Bourget Air Show. Powered by a Siemens 260 kW electric propulsion system, the aircraft is capable of unprecedented towing performances with a climb rate of almost 8 metres per second, a carbon footprint close to 0 and in virtually total silence!

Gliding is as natural a sport as they come. When glider pilots regularly fly more than 1000 km using only the strength of the sun and the wind, they are fully aware of the importance of nature, the environment and performance! For the past ten years, the French Gliding Federation has been encouraging its 165 clubs to buy into innovative, economic and noise-less means of launching gliders. Almost 50 ULM towplanes and 70 winch launchers are used today on French gliding airfields. The association of gliders with electric energy is thus an obvious step forward for the teams from the FFVV, EXTRA and Siemens AG, engaged together in this inspiring proof of concept.

Siemens is also contributing the new technology, for the development of which the Extra 330LE serves as a flying test bed, to its joint project with Airbus in the area of hybrid-electrically powered flight. In this context, the two companies signed a collaboration agreement in April 2016. Electric propulsion systems are scalable, and Siemens and Airbus intend to develop hybrid-electric regional aircraft on the basis of this record-setting motor technology. Siemens is determined to establish hybrid-electric propulsion systems for aircraft as a future area of business.

Discover this revolution in flight every day at the Paris Air Show! 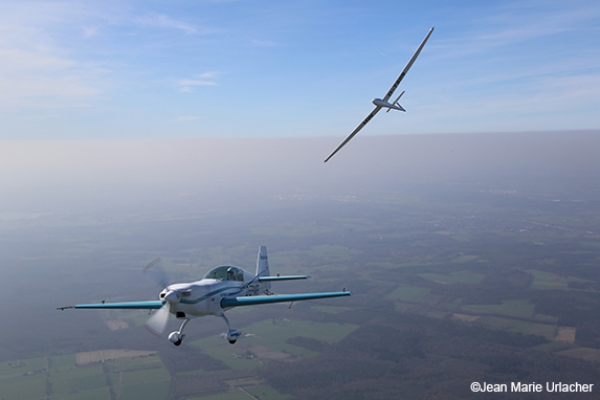 Loading comments for At Paris Air Show, the future of light aviation will be written in the present with the French Federation Vol à Voile, Siemens and Extra!...

During an event held on September 15 at the King Abdulaziz Airport in Jeddah, the Director General of Saudi Arabian Airlines Corporation, H.E. Eng. Ibrahim Alomar, the CEO of flyadeal Mr. Con Korfiati...

During RUBAE 2021 UTG PA company and SKYPRO TECHNICS aviation service center signed a letter of intent aimed at long-term cooperation. This agreement provides for the establishment of an authoriz...