Detachable cabin invented to save lives during plane crashes 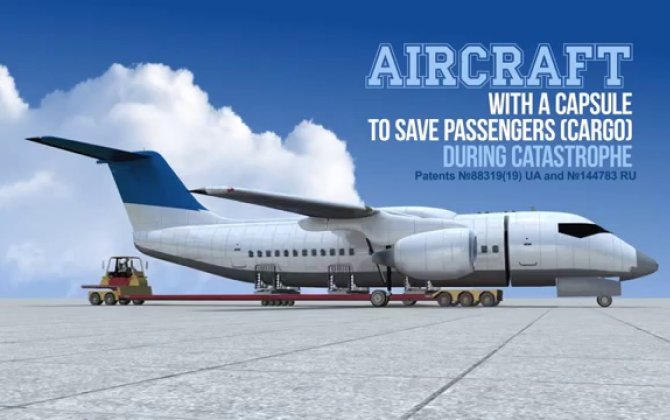 A way of saving lives in plane crashes has been conceived, after an inventor released desings for a detachable cabin.

The technology was invented by Tatarenko Vladimir Nikolaevich, who has been working on the project for the past three years.

It consists of a detachable cabin that could be ejected at any time during take off, mid-flight or landing and allow the passengers to land safely.

Due to parachutes attached to the cabin, which would automatically open once the lower capsule is separated from the aircraft, passengers could land safely on water or on the ground.

The prototype also includes storage space designed to hold luggage under the cabin, so that passengers wouldn’t lose any of their personal belongings.

The reaction to the innovation is mixed, with some supporting the idea but others considering it impractical.

Questions have been raised over the potential impact on the rest of the plane, the possibility of the detached cabin crashing against mountains or buildings before landing and the fate of the pilots.

While Traber Schroeder had concerns too: "This whole concept dramatically weakens the airframe because now you have joints and fittings to connect a fuselage and a body together where once you had a whole fuselage to reinforce the airframe."

However, a questionnaire conducted by the inventor found that 95% the inquired would be willing to buy a more expensive ticket in order to use such a safety system.


Loading comments for Detachable cabin invented to save lives during plane crashes...