Dubai Airshow closes with sales of $54.5 billion made and record attendance

A week of Dubai Airshow is just over. Let's look back at this important industry event. More than 1,288 exhibitors in attendance, 161 aircraft on the event’s static display, and a packed schedule of conferences and keynotes, the programme was the show’s busiest to date – as evidenced by the footfall of 84,043 trade attendees. Sales were also booming, with the order book on site reaching $54.5 billion by close of business.

Among those taking stands were 100 new exhibitors, including Saudi Arabia’s The Helicopter Company, which was also a key event sponsor. CEO Yahya Homoud Alghoraibi said the firm’s first show had been “very successful”. “We have done more than we expected, we have met and had discussions with a lot of companies and we have seen a lot of customers and shown our aircraft to many people as well, so we are very happy with what has taken place. We are a new company, so relationships matter a lot. Communication matters as well, and Dubai Airshow is one of the best communicators.” 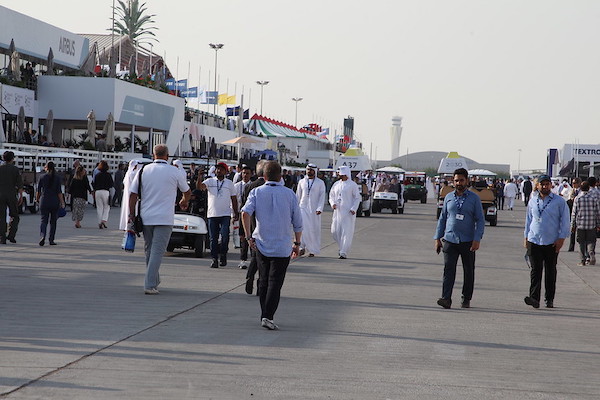 Also making its debut this year was EDGE, a group comprising 25 local entities working in five aerospace capability clusters, which launched shortly before the show. Among the firms sitting under the EDGE umbrella is Al-Tariq, and its CEO Theunis Botha said the Dubai Airshow had been a great way to establish the brand’s presence in the region. “EDGE has been very well received. We have been very busy and have been inundated with requests and interest from several friendly nations around us. I think we’ve had an excellent show, with lively interest in the product range that we’re offering, and this is exciting stuff.”

Elsewhere, a host of speciality conferences, offering industry-specific keynotes, Q&A sessions and networking opportunities, attracted huge crowds of professionals. Set across two days, the Global Air Traffic Management (GATM) conference took a close look into the future of traffic control, with virtual towers proving to be a particularly hot topic. Cargo Connect, a show within the show focused on the air freight industry, with data sharing across both geographical and business boundaries being a key focus.

For the first time in 2019, a growing focus on space exploration regionally was recognised with its own conference programme, opening with Women in Space, hosted by the UAE Space Agency and featuring speakers from the UN and Boeing, among others. Aimed at examining the key role female scientists, researchers, engineers and astronauts will play in the future of the global space industry, the conference proved a huge draw and former astronaut, the European Space Agency’s Claudie Haigneré, said she found the level of engagement very encouraging. “I felt that really something is going on here, and I’ve been really impressed because this shows a real possibility for change. The new generation coming up here is so refreshing.” 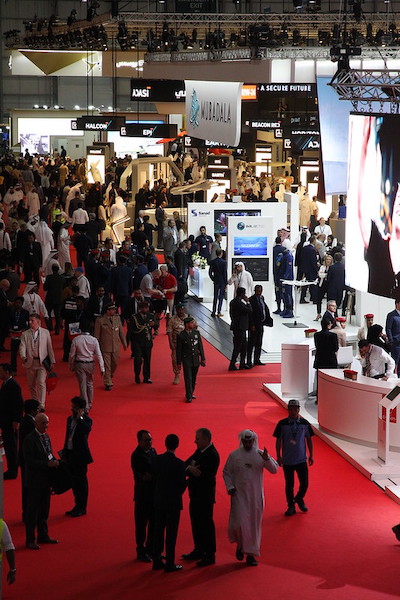 Meanwhile, the Space Tech Talks schedule looked in-depth at the technological advancements needed for the next generation of space exploration, and the impact they are expected to have on the wider world. Indeed, the impact of both technology and space research on all aspects of industry was evidenced across the show floor, where exhibits ranging from Dubai Police’s new flying bike for hard to reach emergencies to new products in the medivac field, through to the first commercial space flight suits from Virgin Galactic, were all on show.

Commenting on the show’s culmination, Michele van Akelijen, Managing Director of show organisers Tarsus F&E LLC Middle East, said: “We always want to outperform our last show, and 2019 has gone above and beyond expectation, with so much great business being done alongside an engaging and innovative programme of conferences, exhibits and flying displays.

“We have already seen exhibitors rebooking for the next edition, and we look forward greatly to seeing what the next two years of aerospace development will bring to out 2021 edition.”
The Dubai Airshow will return from 14 – 18 November 2021. 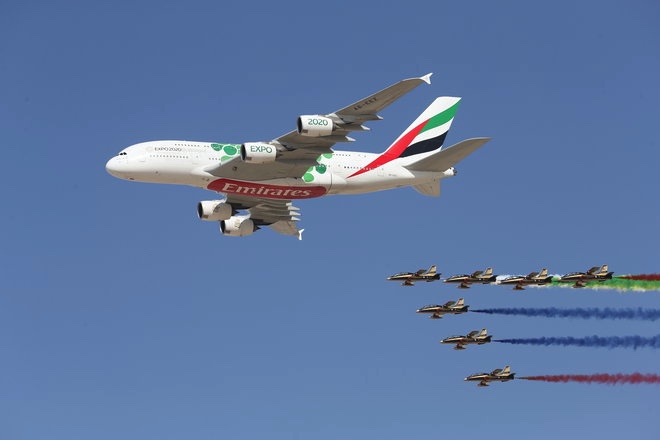 Loading comments for Dubai Airshow closes with sales of $54.5 billion made and record attendance...