Get ready to Singapore Air Show - Dassault Aviation will exhibit the Falcon 8X long-range trijet and ultra-versatile Falcon 2000LXS. Dassault static display will present a full-scale mockup of Falcon 6X extra-widebody twin, soon to enter service. Singapore will also be an ideal opportunity for customers to appreciate the unique capabilities of the company’s revolutionary ultra-long range Falcon 10X, set to join the fleet in 2025.

The 6,450 nm (11,945 km ) Falcon 8X has been a leading seller in the Asia/Pacific since the first aircraft was delivered in the region five years ago. The 8X can fly non-stop from Hong Kong to London, Singapore to Zurich or Beijing to New York yet land at challenging airports like London City. The aircraft’s spacious cabin is the quietest of any business jet on the market.

The 4,000 nm  (7,410 km) Falcon 2000LXS has also proven popular with corporate customers in the Asia Pacific region, with more than 40 of the versatile twins currently in service in the region. The 2000LXS offers a short-field capability comparable to smaller midsize business jet models but with a range and comfort level far better than those aircraft. It can fly non-stop from Singapore to Sydney or Singapore to Dubai. 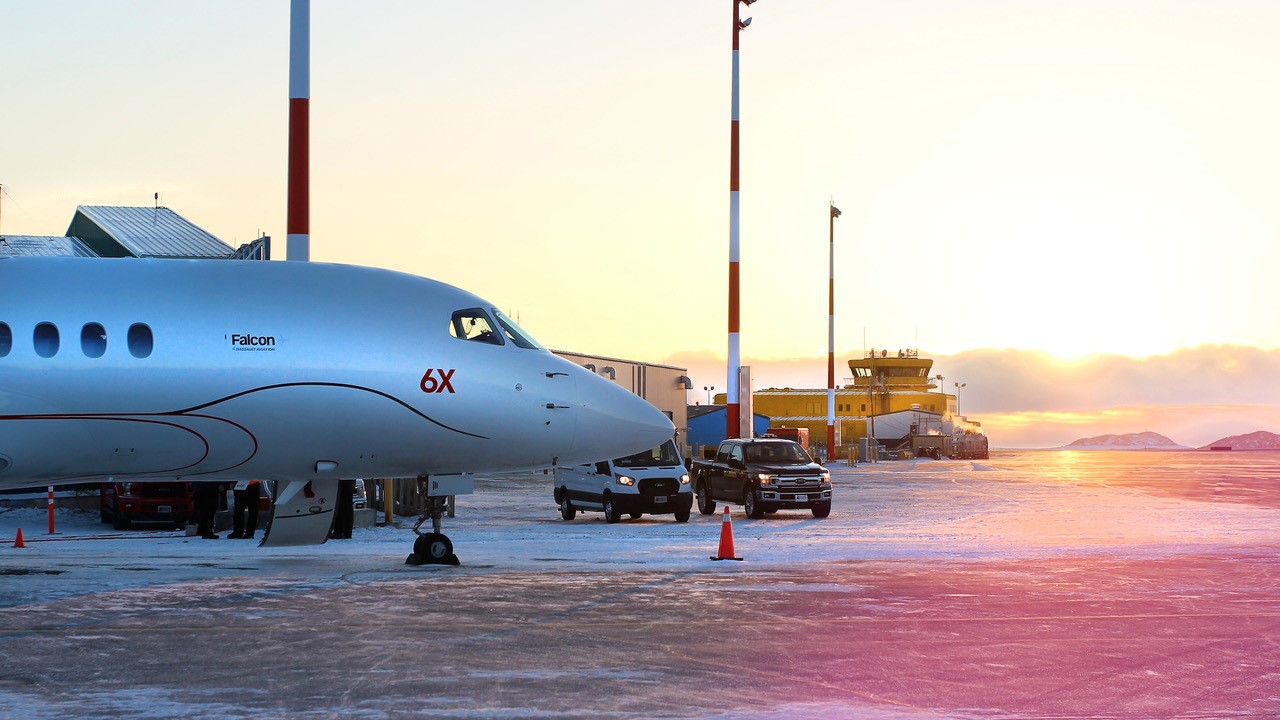 Falcon 6X development is proceeding smoothly and the aircraft is on target for certification and entry into service by the end of 2022. To date, the three flight test aircraft have cumulated nearly 600 flight hours. First cold soak trials campaign was recently completed and high-speed trials, which test the aircraft beyond its maximum operating speed, are currently underway. The aircraft’s Pratt & Whitney Canada PW812D engine received Canadian certification late last year, with EASA and FAA certification expected to follow shortly. 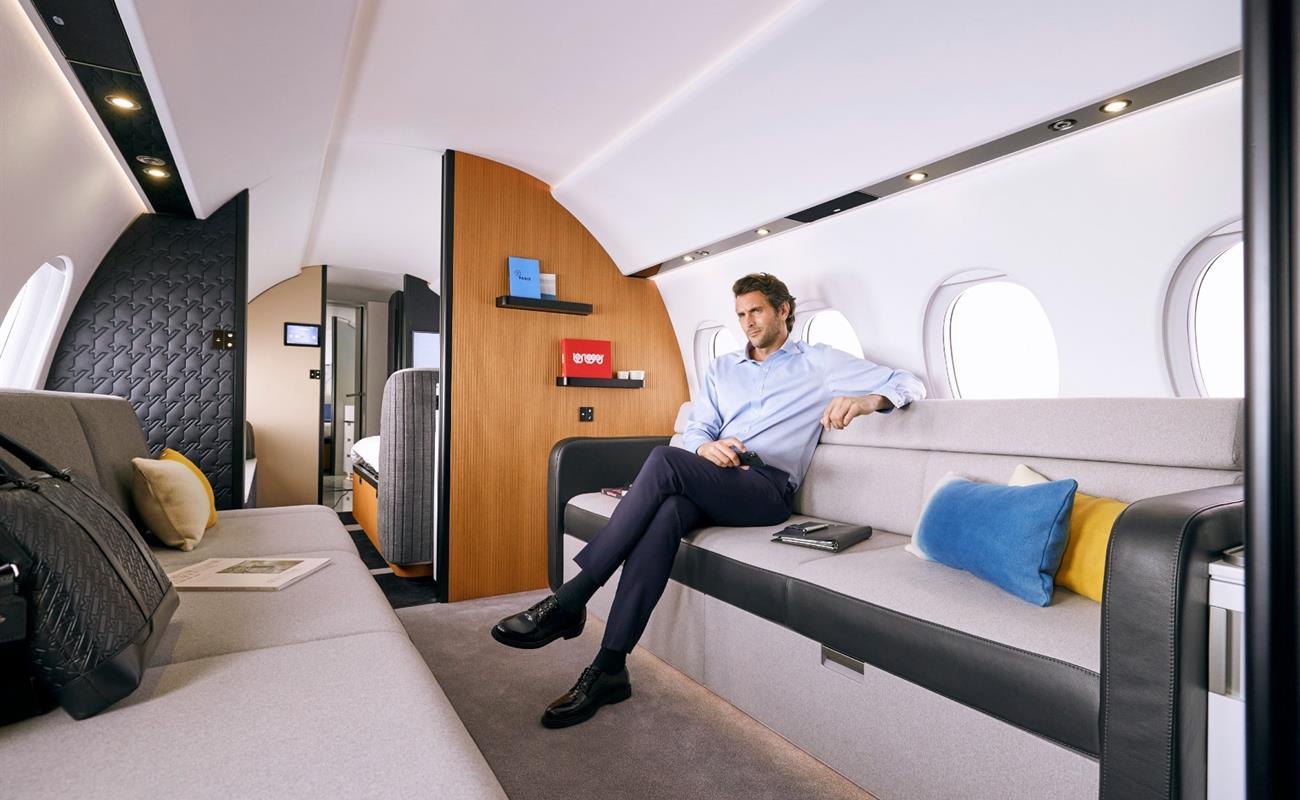 A fourth production aircraft equipped with a full interior will fly at the end of the first quarter and undertake a round-the-world campaign intended to demonstrate the full maturity of aircraft systems at entry into service. The tour will include multiple stops in the Asia Pacific region.

Assembly of other aircraft is in full swing. Aircraft no. 5 was delivered to Dassault’s Little Rock, Arkansas completion center on January 28.

One of the test aircraft was recently detached to the Dassault Falcon Service maintenance base at Paris Le Bourget Airport to help prepare its rapid integration into our global service network. The aircraft also completed several refuelling missions using a sustainable aviation fuel blend.

The 7,500 nm (13,890 km) range aircraft will fly nonstop from Singapore to London or San Francisco, Shanghai to New York, or Sydney to Los Angeles. It will be equipped with a number of new technologies, including a further iteration of Dassault’s innovative Digital Flight Control System and an ultra-efficient, all-composite wing.

Detailed design for the new jet is now complete and parts production will begin this year. The company is building two new facilities to manufacture parts and components and the composite wing, including a  Factory 4.0 smart manufacturing facility near Paris. The 10X will be powered by the latest and most powerful variant of Rolls Royce’s ultra-efficient 18,000+ pounds thrust Pearl engine. The first engine test run is scheduled for later this year.  The 10X will enter into service in late 2025. 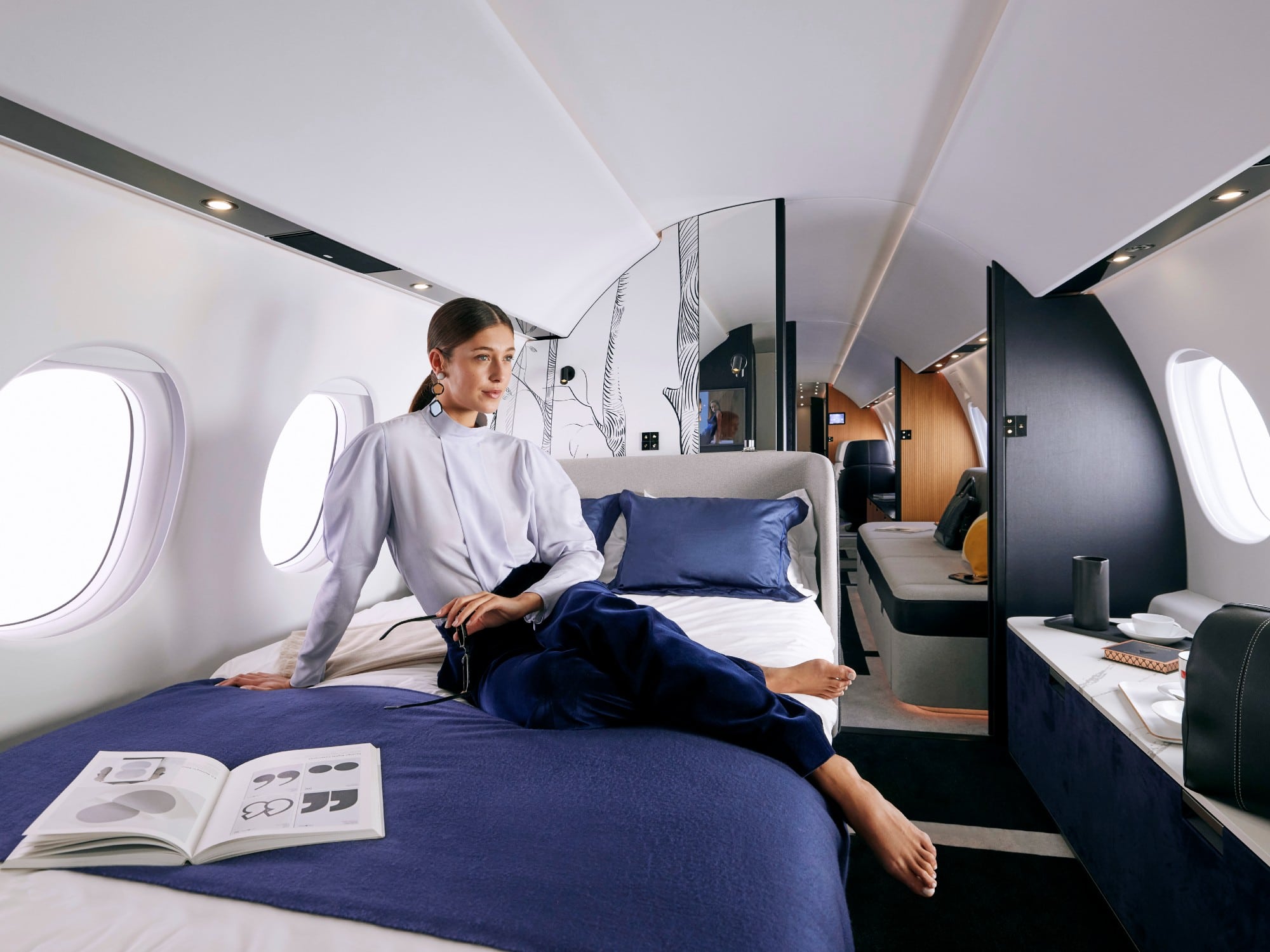 Bringing product service ever closer to the customer

Meanwhile, Dassault Aviation has been reinforcing the level of maintenance, repair and overhaul service available for the 100-plus Falcons now operating in the Asia Pacific region.

The company’s wholly-owned ExecuJet MRO Services unit, acquired in 2019, is building a 144,000 sq. ft. facility in Kuala Lumpur that will more than double capacity at that location. Equipped to handle line and heavy maintenance for the new Falcon 6X and Falcon 10X as well as current in-production and legacy Falcon models, this facility will open in the second half of 2023. 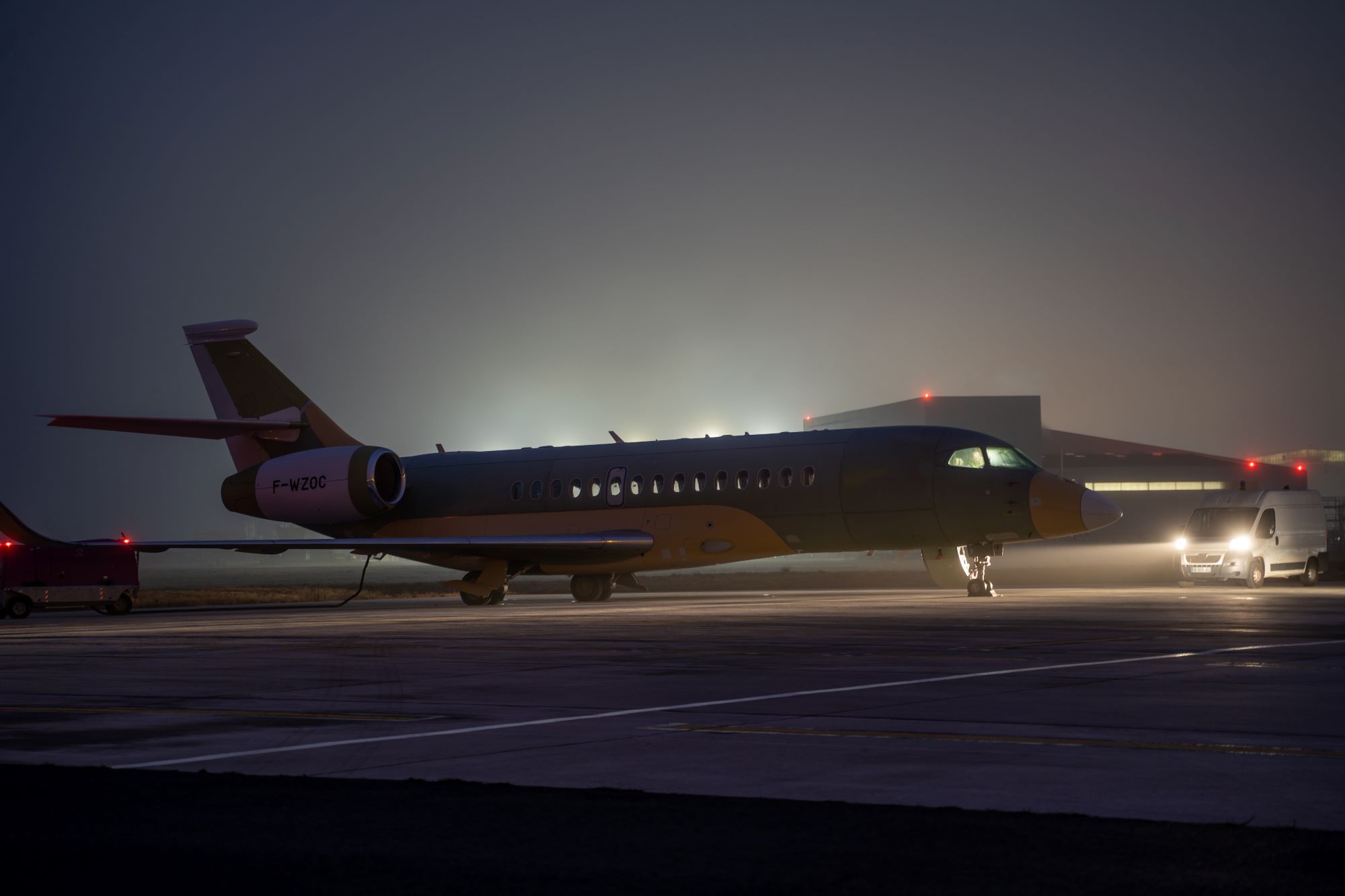