Just think about it - customers have already placed 80 orders to date for the TriFan 600 under XTI’s presale program!

An important announcement concerning the engine for TriFan 600 hybrid-electric propulsion system! XTI has made the choice - GE’s CatalystTM engine! GE Aviation and XTI will work together to define a series hybrid architecture that will meet the TriFan performance requirements. 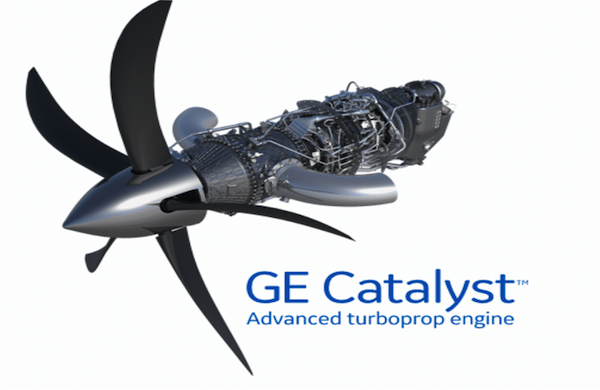 “XTI has been seeking out the best hybrid propulsion solution for the TriFan 600 and we believe the Catalyst is the right choice,” said GE Aviation Turboprops General Manager Paul Corkery. “GE believes that parallel and series hybrid propulsion systems, those that include a turbine gas generator to take advantage of the energy density of jet fuel, will lead to much more capable aircraft for both traditional and emerging markets for many years to come. The Catalyst is a new, clean-sheet design that will greatly reduce fuel consumption, enabling longer in-flight missions and increased payload compared to other alternatives in this class.”

GE’s Catalyst is the first clean-sheet turboprop engine to hit the general aviation market in more than 30 years, enabling better performance through proven GE commercial technology. Operating as a series hybrid generator, GE’s Catalyst is designed to answer the propulsion and system needs of aircraft in the emerging megawatt hybrid propulsion market.

It currently has 98 patented technologies and is the first engine in its class to introduce two stages of variable stator vanes, cooled high-pressure turbine blades and more 3-D printed parts than any other commercial engine in history. It performs at an industry-best 16:1 overall pressure ratio. These key technologies enable GE’s Catalyst to extract more power at altitude, as well as excess thermodynamic power for growth in aircraft capability over the lifetime of a system.

Catalyst is designed to incorporate a Full Authority Digital Engine Control (FADEC) to allow simpler integration with the aircraft’s autopilot, flight control systems, and avionics, enabling seamless control for the pilot while protecting all engine limits in all phases of flight.

The TriFan 600 will have the speed, range and comfort of a business jet and the ability to take off and land vertically, like a helicopter. Using three ducted fans, the TriFan 600 lifts off vertically. Its two wing fans then rotate forward for a seamless transition to cruise speed and its initial climb. It will reach 30,000 feet and cruise to the destination as a highly efficient business aircraft. The TriFan 600 will incorporate advanced safety features, including autopilot and computerized controls for takeoff and landing.

“We are excited to announce selection of the GE Catalyst engine for the core of our propulsion system because it provides the level of power required even at the significant altitudes the Trifan will fly. Our recent work with GE Aviation has convinced us they are the best partner to develop the core of our hybrid-electric propulsion system,” said Bob LaBelle, CEO of XTI Aircraft.

GE Aviation has been researching and developing hybrid-electric technology for nearly a decade for large regional and narrow body aircraft, as well as the general aviation and the VTOL market segments. The company opened its $51M Electrical Power Integrated System Center (EPISCENTER) facility in Dayton, OH in 2013. This facility can support six narrow body class aircraft labs simultaneously, as well as provide the capability to test systems from 0.5MW to 2.5 MW in size.  After visiting this facility and assessing GE Aviation hybrid-electric capabilities, XTI made the decision to select the Catalyst engine and work with GE Aviation to refine its hybrid-electric architecture.

Since the Catalyst was unveiled to the public at the National Business Aviation Association (NBAA) Convention in November of 2015, GE Aviation has committed more than $400 million in development costs for the program.