Get ready for many debuts at AERO 2020

On April 1 of this year, the 28th AERO will be lifting off with a total of 700 exhibitors from 38 countries and a range of products and services that is even more extensive than in previous years. Ultralight aircraft, motor gliders, touring planes, helicopters, and business jets will be on display in Friedrichshafen. In addition, civil drones and electric flying taxis are playing an increasingly greater role in aviation. The e-flight-expo range will also be even wider in 2020. Special exhibitions such as Avionics Avenue, Engine Area, Be a Pilot and Aerodrones/UAS Expo will be part of the fair again this year. Helicopters of all sizes and drive types will be found in the Helicopter Hangar, and the Flight Simulator Area will again be located on Lake Constance. Immediately prior to the AERO, the two-day Lindbergh E-flight Rally for electric aircraft will take place for the first time. The participating electric ultralight trikes, as well as three-axle and hybrid aircraft, will then be presented on the exhibition grounds. 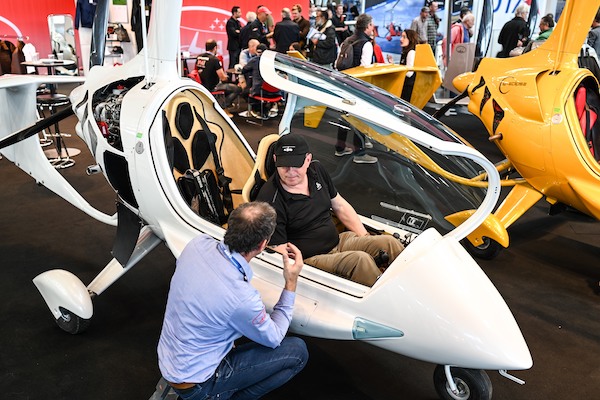 Messe Friedrichshafen CEO Klaus Wellmann, Roland Bosch as "Head of AERO,” and project manager Tobias Bretzel emphasize that the opportunities at this stage of the economic cycle remain encouraging for general aviation. In any case, AERO 2020 ensures that every aviation enthusiast will be able to find the aircraft that fits their requirements. The exhibited aircraft will include drones, ultralight aircraft, helicopters, gyrocopters, single- and multi-engine aircraft with piston engines, turboprops, or business jets, as well as the first electric flying taxis. New propulsion systems, intelligent avionics, and services and accessories relating to all aspects of flying will be the focus of attention at the AERO, along with pilot training and career opportunities in general aviation. 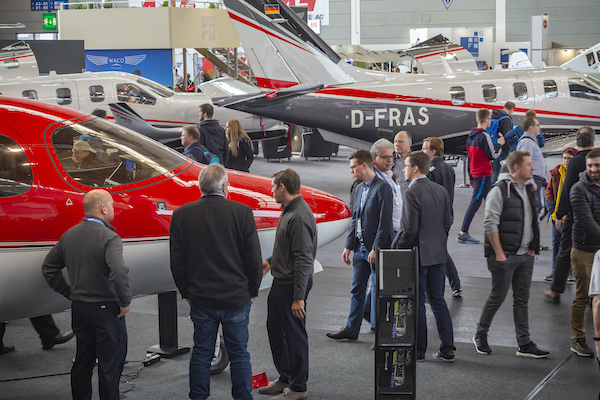 Traditionally, the complete range of all established manufacturers can be seen at Lake Constance, from piston-powered single-engine or twin-engine planes to aircraft with propeller turbines. This enormous variety has formed the backbone of general aviation for decades. The prevailing high demand for training aircraft is giving an additional boost to aircraft manufacturers. In addition, the latest model years of proven Echo class machines, as well as several aircraft never before exhibited at the fair, will be on display. One of these planes is a world premiere: a German-Chinese joint venture is expected to be presenting its new turboprop amphibious flying boat at the AERO. Ultralight aircraft today includes a huge range of gliders, motorized aircraft, flying boats, gyrocopters, and now also helicopters. Several new aircraft, from a classic side-by-side training machine to a 300 km/h tandem seater, will be presented at Lake Constance, with inexpensive 120 kg machines in the ultralight range also being exhibited for the first time. With simple motorization and just one seat, ultralights are inexpensive to acquire and maintain and offer flying enjoyment in its original form.

For new two-seater ultralight aircraft, the increase throughout Europe in the maximum possible take-off weight from 472 to 600 kg also ensures greater attractiveness and flexibility in terms of payload. Numerous new 600 kg models as well as classic 472 kg machines will be presented at the AERO, including aircraft and gyrocopters from Russian manufacturers. Several companies will be presenting options for retrofitting their UL aircraft to take advantage of the new 600 kg take-off weight. 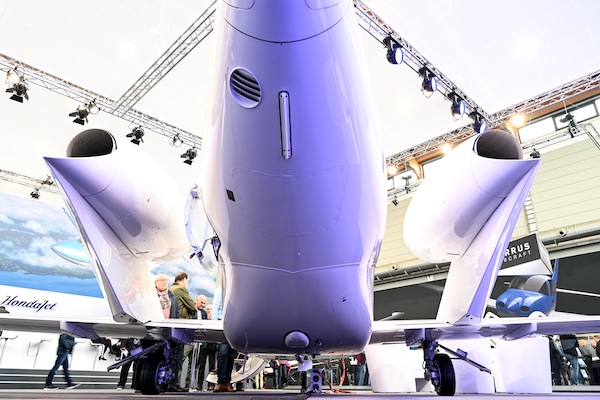 Business Aviation has developed into one of the focal points of the AERO. Multi-engine piston aircraft, especially turboprops and jets, form its core. Since EASA’s approval decision three years ago, which allowed turbine singles to provide commercial air transport also according to instrument flight rules, manufacturers of these single-engine aircraft with propeller turbines have been enjoying increasing demand. Conventional turboprop twins will also be able to be spotted on Lake Constance. For manufacturers of business jets, at present there are also signs of a healthy economic trend, as demonstrated by the latest positive figures from autumn 2019 provided by the General Aviation Manufacturers Association. The entire range of business aviation, from turbine singles to multi-engine jets, will be on display at the AERO in the new Business Aviation Resale Area.

The 11th edition of the e-flight-expo will take place in 2020. Today, more and more aircraft are equipped with an electric or hybrid drive. In view of the many problems related to CO2 emissions, large corporations and numerous start-ups are also offering solutions through the development of electric flight projects, including numerous aircraft with vertical take-off capabilities. For example, one of the industry giants in the field of aircraft propulsion systems will be represented for the first time at the AERO with its new "Electric Propulsion” division. Since 2018, electrically powered taxi drones have been in test operation, and flights of prototypes from German manufacturers are already taking place with manned aircraft. More and more car manufacturers will be participating in urban air mobility projects in 2020. Several flying taxis are already being flown in test operation. 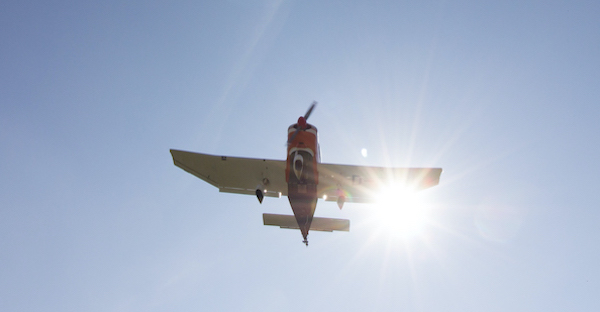 The Lindbergh E-flight Rally, taking place right before the AERO in Friedrichshafen for the first time, underscores the steady increase in the importance of electric flight within aviation. Aerodrones/UAS Expo: Civilian aircraft drones are playing an increasingly important role in aviation, whether they are used for aerial photography, surveillance or special tasks. This is reflected by the steady growth in participation in the special exhibition Aerodrones/UAS Expo, which on the first two days of the fair is dealing in particular with the topic of "Drones in Use by Security Agencies and Organizations.” Both manned and unmanned aircraft equipped with state-of-the-art sensor and measurement technology will be exhibited at the AERO. On the Inflight Airfield for Unmanned Aerial Systems (UAS), these can also be experienced live. The Engine Area has now become one of the cornerstones of the AERO: This special exhibition shows modern aircraft engines and motors from a wide variety of manufacturers. This can involve electric, combustion and hybrid propulsion systems but also includes maintenance and engine/motor management as well as alternative and sustainable fuels. The special exhibition Avionics Avenue has also been an established part of the trade show for years. Its program and agenda relates to collision warning, flight planning, communication, flight control and navigation. The fact that a major avionics manufacturer is offering an autoland system for a turboprop as well as a business jet for the first time this year is already causing a stir in the industry. Many of the new devices can be tried out directly at the fair. For the third time, the Flight Simulator Area will have a presence at the AERO. It will include pilot training as well as offers for everyone interested in piloting an airplane or helicopter, which can be tried out live at numerous exhibitor stands. The Flight Simulator Area offers experienced VFR or IFR pilots training opportunities for further development as well as the opportunity to pilot a wide range of aircraft on a simulator. Rotary wing aircraft will again have their own hall in the Helicopter Hangar. Helicopters with piston engines or turbines from the areas of training, air rescue, aerial work and police duties will be on display. Since 2019, the first ultralight helicopters for training purposes have made it both easier and less expensive for prospective helicopter pilots to get a start.

The search for young pilots

With "Be a Pilot 2020,” this special exhibition is continuing its successful run. Here, pilots and those interested in flight training can come together at an opportune point in time: At the moment, pilots for steadily growing airline fleets are being sought in many parts of the world. The current growth in demand for training aircraft from flight schools underscores this trend. "Be a pilot” provides information and offers from both flight schools and institutes of higher education as well as public authorities and associations.

The agenda of the AERO Conferences will include more than 200 presentations, conferences and workshops on aviation topics in 2020. Interest groups such as AOPA, certification authorities such as EASA and FAA, and the manufacturers associations GAMA and LAMA will be present. At the AERO Conferences, experts from the entire spectrum of general aviation will provide information and discuss current aviation topics. The umbrella organization for unmanned aerial vehicles will also be taking part here with its AERODrones Symposium.

Flying to the AERO: New "aeroPs” app for payment

Anyone traveling to the AERO in Friedrichshafen with their own aircraft needs a PPR slot. Starting at 9 am local time on March 18, 2020, you can request one on-line by visiting www.bodensee-airport.eu. Something that is new this year is that the handling can be paid with the "aeroPs” app.

Every pilot landing at EDNY will receive one day of free admission to the AERO. An alternative landing option without slot reservations for ultralight aircraft (no Echo class, no touring motorized gliders) is offered by the nearby Markdorf Glider Airfield from April 1 to 4. You can take off and land between 8 am and 7 pm local time. Arrangements have been made for a bus shuttle to the AERO. 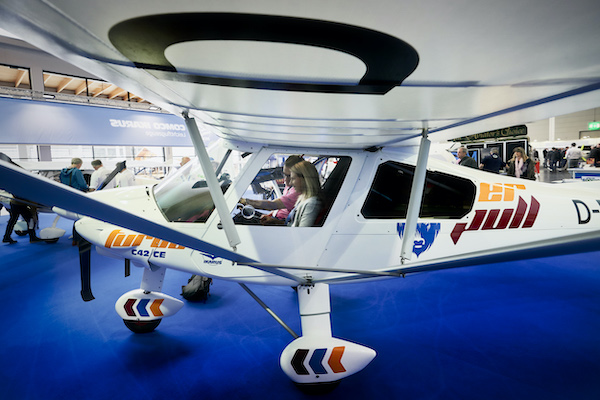 Loading comments for Get ready for many debuts at AERO 2020...