Earlier this month 5000 rotorcraft professionals, a number which includes a significant increase in operators compared to previous years, descended on London ExCeL for Helitech International 2017, Europe’s leading civil rotorcraft event in partnership with the European Helicopter Association. The attendees came from more than 70 different countries to source new solutions and services and join the conversation on the future of the rotorcraft industry.

As ever, innovation could be found across the exhibition floor, with 190+ exhibitors showcasing their latest products and services. Visitors could explore the latest technology from the leading OEMs, including Airbus Helicopters, Bell Helicopter and Leonardo Helicopters, as well as discover suppliers of cutting-edge navigation systems, night vision technology and world-class training services. Michael Wannemacher, Project Manager in Aviation at Rail Tech Arsenal commented: “Helitech International brings all the main manufacturers and suppliers together in one place, offering a diverse range of people to speak to. This year has stimulated some good discussions and I’ve come away with strong business leads.” 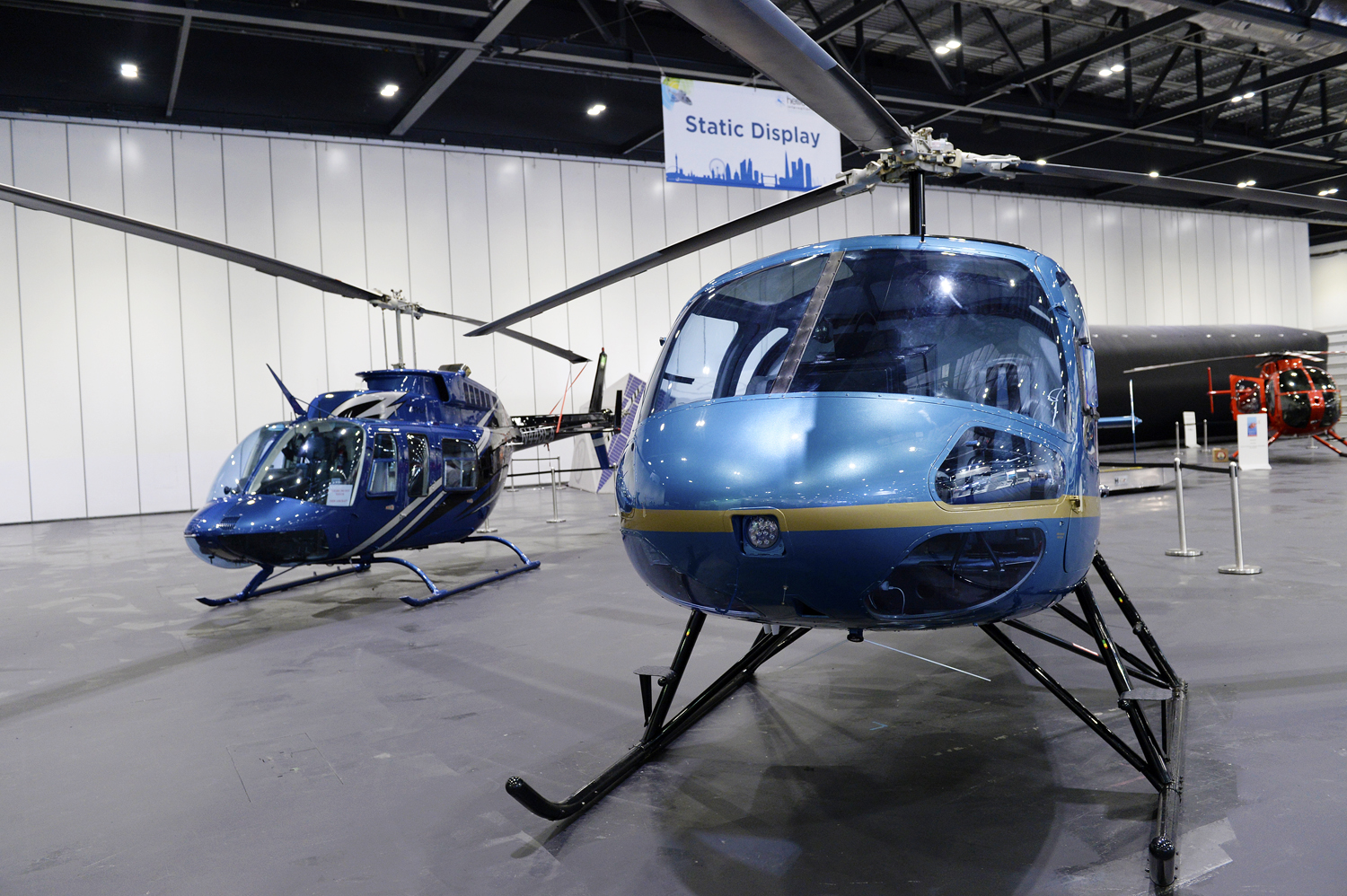 Covering such audience-drawing topics such as the future outlook of the Offshore Oil & Gas sector, improving Search and Rescue missions and the latest MRO trends, the conference sessions at Helitech International 2017 were in high demand. Attendees packed into the theatres to listen to key industry influencers from Rolls-Royce Defense, the Association of Air Ambulances, Bristow Group and Flight Ascend Consultancy.

On day one of the event, a particularly popular session led by the British International Helicopter Services Limited, explored how Search & Rescue Technology is evolving in order to improve safety on future missions. Roy Jenssen, RW Operational Advisor, Air Ambulance Services of Norway, discussed the development of ‘LZ North’, a pioneering landing zone app used on SAR/HEMs missions to pinpoint the safest place to land. Constantly updating with the latest changes to terrain or infrastructure, the app replaces outdated paper copies of Landing Zone sites and allows helicopters to avoid aviation obstacles such as powerlines and masts.

Safety-improving technology was also on the agenda in day one’s Technical Sessions, with a seminar from Aviation Specialties Unlimited (ASU) exploring how the use of Night Vision Goggles enhances safety on night time missions. Discussion points included the future of this equipment and how a white phosphor NVG image increases crew situational awareness and safety. A pioneer of night-time operations in the USA, ASU also hosted a roundtable discussion introducing the technology to Europe on the evening of the first day.

Sarah Pokorney, Marketing Manager at ASU said: “Our roundtable discussion and technical briefings were well-attended. Night time ops is new to Europe and Helitech International allows us to be part of that conversation. Also, the quality of visitors was very high with lots of decision makers. Ninety percent of people we met were legitimate business leads.”

Operators in a digital world

Day one of the show also saw the return of the Operators Forum, which allowed operators of all sizes to connect and discuss the issues most relevant to improving their businesses. This year’s discussion was centred on harnessing the power of social media, with a key focus on the importance of a robust crisis management strategy to protect reputation in the wake of an accident.

Day two sessions were equally as popular, with a session led by Rolls-Royce Defense on ‘The Connected Helicopter’ in high demand. Several of the industry’s leading players discussed how data can be better harnessed to improve operations and safety. Rotorcraft industry professionals from across the supply chain joined the well-attended seminar as Airbus Helicopters, Bell Helicopter, Leonardo, Safran Helicopter Engines and Lufttransport looked at how sensors that capture huge volumes of aircraft and mission data can be better utilised to optimise operations.

Keynote speaker Sergey Ananov gave a fascinating talk on the highs and lows of his world-record attempt, from the support he received globally to fending off polar bears while stranded on a sheet of floating ice for two days after crashing into the waters of the Labrador Sea. The adventurer also discussed the potential for a centralised, connected service which tracks the missions of private pilots and creates an alert if they disappear, mitigating the need for friends and family to raise the alarm.

Flight Ascend Consultancy’s market update on day one of the show indicated steady growth in OEM sales throughout 2018. The green shoots of this encouraging prediction could be seen on the exhibition floor, with several of the industry’s top suppliers used day one of the show as a platform for their key announcements.

Safran launched Aneto, its high power engine family for the super-medium and heavy helicopter market. During the packed on-stand event, Safran also announced that leading helicopter operator Leonardo has selected the Aneto-1K to power its twin-engine AW189K. The first flight took place in March 2017, and the aircraft is due to enter service in late 2018.

Bell Helicopter announced the signed purchase agreement for a Bell 429 to Air Zermatt for Search and Rescue missions, whilst Airbus officially handed over the first H145 for Midlands Air Ambulance

Elsewhere, Waypoint Leasing, the largest independent global helicopter leasing company, announced its fleet has surpassed 150 aircraft and DART Aerospace, revealed the opening of a new warehouse in Amsterdam in order to increase inventory and better service the European market. 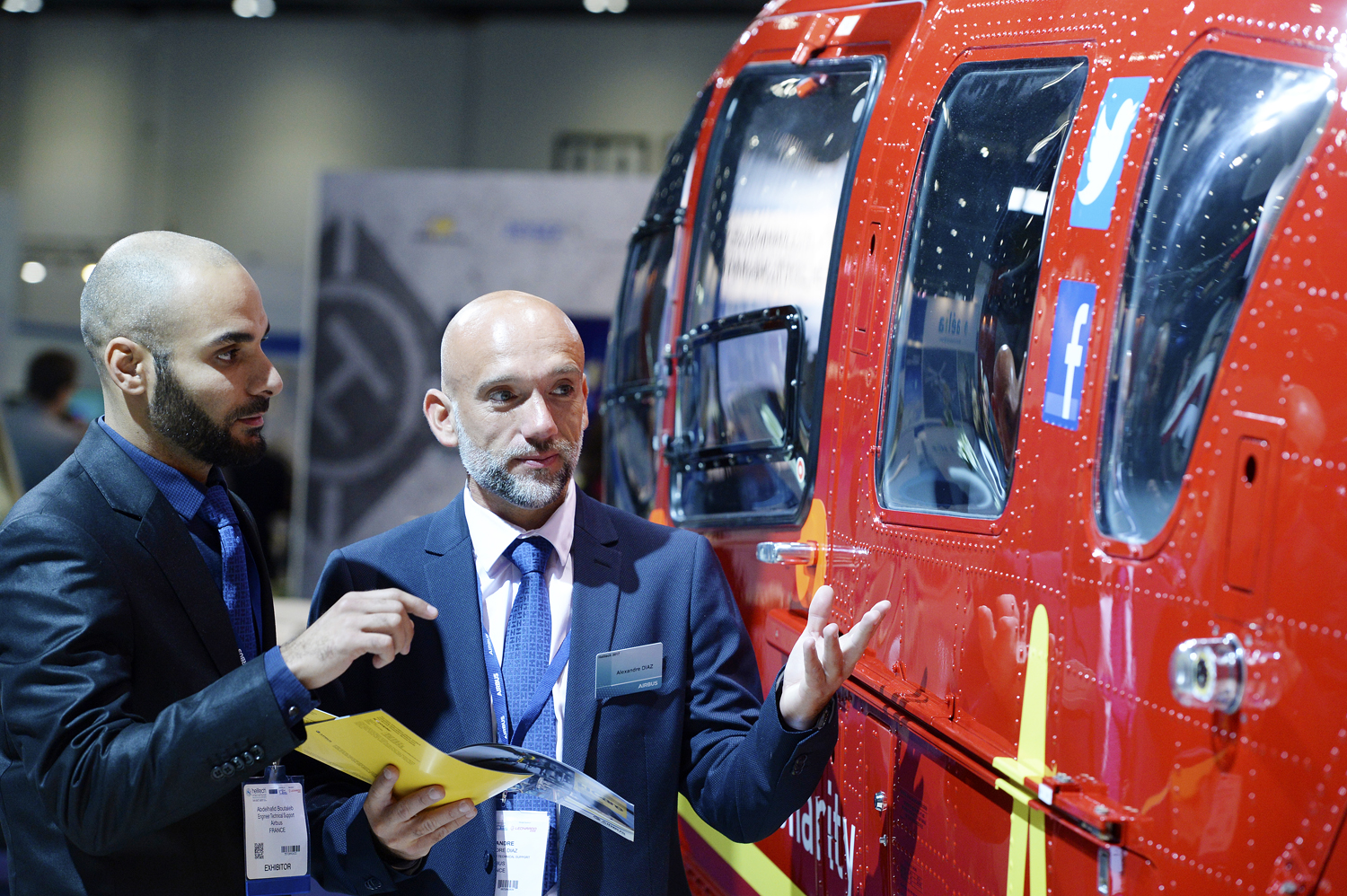 Helitech International 2017 was co-located with Aviation Week’s MRO Europe, meaning visitors registered to either show could move freely between the two events. The new venture saw widespread acclaim, with exhibitors such as Becker Avionics noticing increased traffic to their stand from MRO visitors. Thomas Terschlusen, Director of Sales and Marketing at Becker, said: “It’s worked very well to have MRO Europe as a parallel – we’ve had good conversations with people we wouldn’t usually meet.”

The partnership with MRO will continue when Helitech International returns to the RAI, Amsterdam between 16-18 October 2018.

Teresa Heitor, Exhibition Manager said: “Our co-location with MRO Europe proved a real success as it maximised the opportunity for visitors to both events to meet, network and source products from across the aviation MRO sector.

“With an increase in attendees, a raft of new technology on display, several significant deals signed on the show floor and encouraging predictions from industry thought leaders, this year's Helitech International reflected the growing confidence in the rotorcraft sector and we look forward to what Amsterdam 2018 and London 2019 will bring.”