Let's get to know each other better - De Havilland Aircraft Canada

We are curious to find out more, to get know better the company, people working there, motivation and future plans.  Two days before Dubai Airshow 2019 we had the opportunity to get know better De Havilland Aircraft Canada. Here is the essential of our discussion:

Q. You have 75-year history of producing aircraft, over 60 airlines and customers around the globe, what is company today and what are plans for the nearest future?

A. Actually, our history goes back 90 years when De Havilland first started in 1928 in Canada with the design and production of the famous DHC-2 Beaver and DHC-3 Otter. De Havilland is renowned for the expertise of its highly skilled workforce, the excellence of its product line and its proven track record of reliability in manufacturing and in providing services and support to its diversified customer base worldwide. Our in-production, environmentally friendly Dash 8-400 turboprop has the best performance and seat-mile costs in the large turboprop category.

Our focus right now is on delivering to the Dash 8-400 orderbook, marketing the aircraft to operators around the world and continuing to provide exemplary in-service support. Of course, we see opportunities to enhance the Dash 8-400 value proposition through operational performance improvements such as increased range and payload capabilities and cost reductions that benefit our customers. In addition, we are looking at options to further develop the versatile Dash 8-400 platform as the aircraft can be stretched, shrunk or re-engined. Retrofits and alternative missions for the aircraft, including cabin reconfigurations and cargo variants for example are also being evaluated.

Q. Dash 8-400 turboprop – a success, it is clear, can you tell us more regarding the forecast for this aircraft?

A. Forecasts estimates that there is a market for over 2,700 deliveries worldwide over the next 20 years. With its jet-like speed, fuel efficiency, low operating costs and versatility, the Dash 8-400 is well positioned to capture a solid share of this market, especially in growth markets such as Africa and Asia where it has proven popular. Its unmatched performance (30% faster; 40% farther than conventional turboprops; 99.5% Dispatch Reliability) and outstanding economics allow airlines to serve smaller communities and increase frequencies. 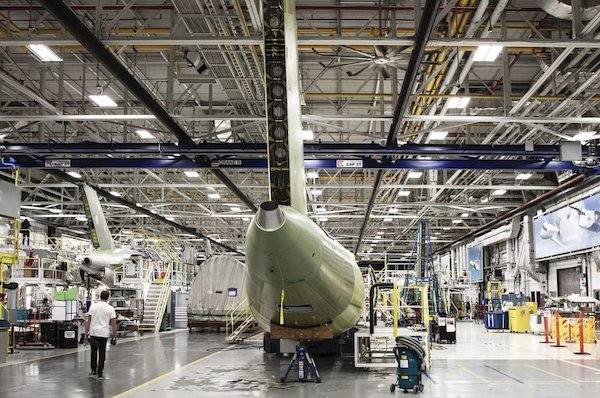 Q. Professionals and strong team are a very important part of success of each company. We would like to know how each of 4 TOP Management persons (Todd Young, Philippe Poutissou, Sameer Adam, Amod Kelkar) found his way to aviation industry: was it a dream since childhood, a decision takes, a lucky coincidence?

Todd Young, Chief Operating Officer, De Havilland Aircraft Canada: Having been always mechanically inclined, I pursued a degree in Mechanical Engineering.  On graduating I looked for every opportunity to land a career in that field.  I was fortunate to receive offers from both the Aerospace and Automotive industries. After considering my options, I chose Aerospace because here in Canada I could be part of the team designing aircraft, which was very exciting and quite rewarding! And to this day, I still feel very much energized by being part of a new aircraft program!

After working in Aerospace Engineering for many years, I moved into company and program management because I wanted to lead teams, focus on meeting commitments and living/breathing airplanes.  Ultimately, involving oneself in designing, building and then feeling the ultimate rush of watching the first aircraft take flight gives me such a sense of pride and fulfillment!

Amod Kelkar, Vice President, Customer Services and Support: In 2000, my post-graduate thesis on Just In Time hybrid modeling approach attracted the attention of the Head of Aftermarket inventory at Bombardier. At the time, I was employed in the Automotive sector but through this lucky coincidence, saw a move to the Aerospace industry as a cool upgrade! While this happenstance got me in the Aerospace industry 19 years ago, it’s the continued stream of improvement opportunities and collaborations that have increased my commitment to this industry!

Sameer Adam, Regional Vice President, Sales, Europe, Middle East, Africa, Russia: My decision to enter aviation was a coincidence that came just before completing secondary school.  It was partly an emotional decision after viewing an airshow and partly excitement about something hands-on, which led me to start a career as a commercial pilot and eventually move into a broader commercial role leading to my current position.  The interaction with different people, business cultures and the unique dynamics of the aviation sector make every day an exciting challenge.

Philippe Poutissou, Vice President, Sales and Marketing: When I was a kid, I used to collect and study airline schedules and route maps and dream of where they could take me.  Although I got into aviation through my studies and first “career” job as an Aerodynamics Engineer on the Dash 8-400 development program in 1995, my passion came full circle when I joined the Airline Marketing team at Bombardier Regional Aircraft, and once again was studying airline business plans and creating routes networks and fleet scenarios for the aircraft we were selling.

Q. Dubai Airshow, what are you looking for and what announcements we can expect during the show?

A. The Dubai Airshow will provide opportunities to meet with our existing and potential customers and as importantly, to showcase the market-leading capabilities of our Dash 8-400. We will have on static display a Dash 8-400 from Jambojet, a successful and growing African regional airline. We are holding two media briefings during the show where we will share important news announcements: Monday at 13h and Tuesday at 13h at the press center. 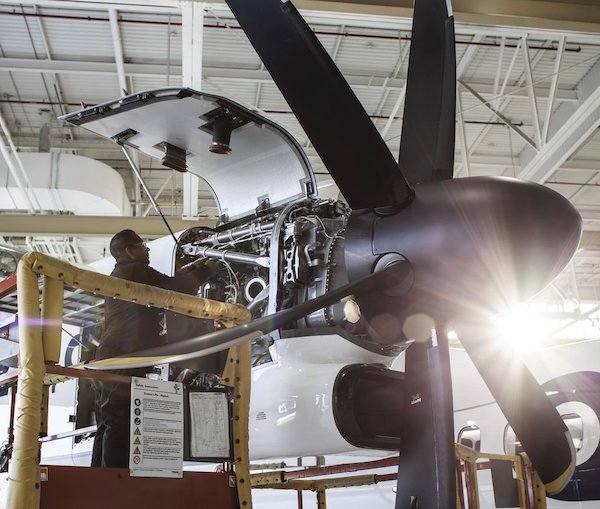 Loading comments for Let's get to know each other better - De Havilland Aircraft Canada...