NBAA concluded the NBAA-BACE 2021, which was among the most exciting and impactful ever. The show galvanized the industry behind an era of strong growth, fast-paced innovation, a deep commitment to sustainability and a shared desire to shape the future.

“Being together at NBAA-BACE was truly exhilarating, from the packed exhibit floor, to the stunning aircraft display, to the epic keynote speakers,” said NBAA President and CEO Ed Bolen. “This entire week was filled with new products and major announcements – underlining our sharp focus on technology and the future – and the enthusiasm of bringing people face-to-face was electric.” 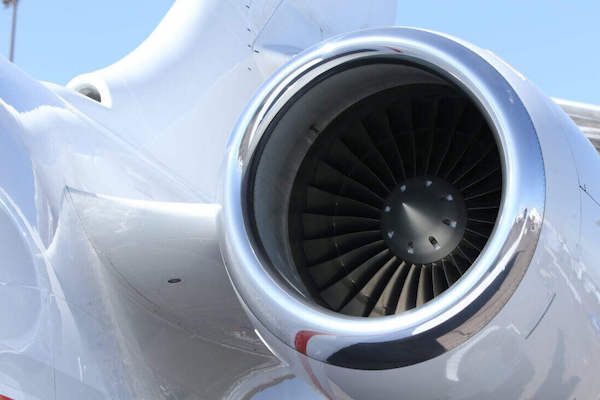 Many Firsts at NBAA-BACE

The convention hosted important conversations about the future of AAM, along with a display of electric vertical takeoff and landing (eVTOL) vehicles in the show’s AAM and Emerging Technologies Zone. Former FAA Administrator Michael Huerta moderated a discussion with top federal officials on the government’s role in facilitating AAM operations.

Among the many other firsts at NBAA-BACE, a new Owner/Single-Pilot Operator Pavilion at Henderson Executive Airport offered a venue for the owner-pilot community to meet face-to-face and share best practices. A new Maintenance Pavilion featured some of the biggest names in the sector. 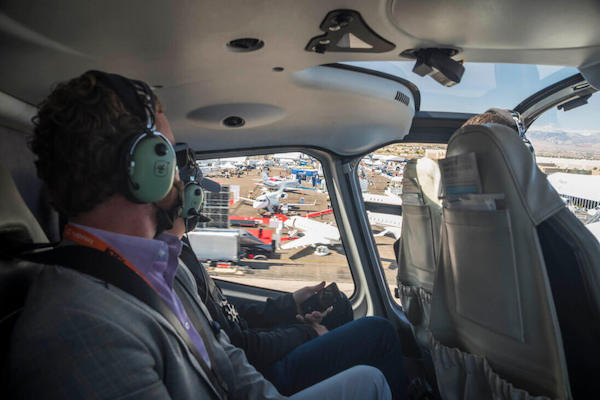 Sustainability was a central theme at 2021 NBAA-BACE. The convention’s carbon-offset program made the show one of the world’s largest carbon-neutral aviation events. In addition, nearly 100 exhibitors signed a Green Pledge to reduce their carbon footprint at the show.

Fuelers and operators spoke about business aviation’s leadership in maturing the global market for sustainable aviation fuel (SAF). Every outbound aircraft from Henderson Executive flew with SAF in the tank – and the renewable fuel was available at McCarran International Airport (LAS) for the first time. Also launching this year: operators flying to NBAA-BACE could use book-and-claim to choose SAF, grow the market for the low-carbon fuels and generate emissions benefits.

FAA Administrator Steve Dickson affirmed that his agency is focused on supporting the development of new business aviation technologies, and initiatives to reduce carbon emissions.

On the eve of the convention, executives with several business aviation organizations stood unified in renewing the Business Aviation Commitment on Climate Change, with the aim of reaching net-zero carbon emissions by 2050. 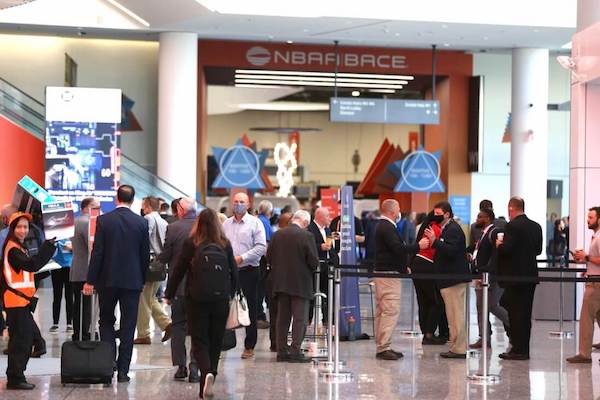 Focus on the Future

The show also emphasized business aviation’s mission to build an increasingly diverse, equitable and inclusive workforce for tomorrow, with opportunities for people from all backgrounds.

“Innovation and inspiration were everywhere at NBAA-BACE, reflecting just how exciting business aviation is right now,” Bolen said. “Spirits were high throughout the week, with so many people reconnecting to learn together, get business done and chart a course for the industry’s promising future.” 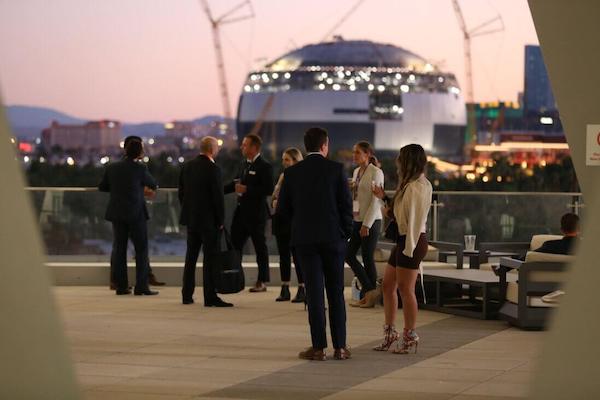 Loading comments for Looking back at NBAA-BACE 2021 - new heights, sustainability & shaping the future...