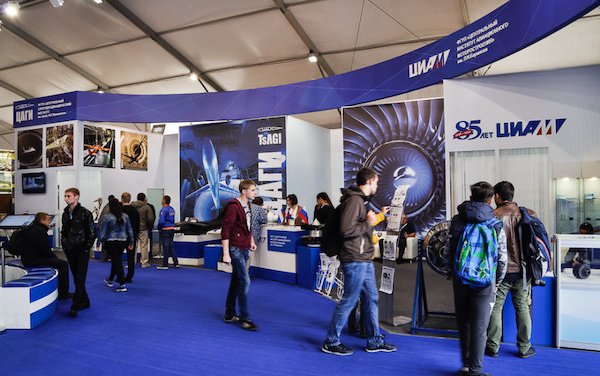 Baranov Central Institute of Aviation Motors will present promising scientific and engineering solutions and technologies at the International Aviation and Space Salon MAKS-2019, including those on electric motors and hybrid power plants, as reported by the Institute's press service.

Among the full-scale specimens that will be located at the CIAM stand as part of the joint exposition of the Scientific Research Centre “Zhukovsky Institute”, there will be a model of a flying laboratory for testing the demonstrator of a hybrid power plant, an electric motor based on high-temperature superconductors, developed jointly with SuperOks SAS.

The design of the power unit for the aircraft of local airlines involves the use of an electric motor with a capacity of 500 kW, created using high-temperature superconductivity. It is planned to increase the specific power of the engine by using second-generation superconducting materials cooled by liquid nitrogen in its design. The main feature of this solution is a significant reduction in electrical resistance. The use of superconductors will also improve the overall dimensions of electric cars and hybrid power plants based on them.

Among the exhibits of CIAM is an experimental TRD-60 gas turbine demonstrator engine of a modular design. A number of new technologies are being tested on it, which ensures the competitiveness of the manufactured small-size gas turbine engines for light aircraft, helicopters, and unmanned aerial vehicles. The novelty is distinguished by a small number of parts and moderate weight.

Also, the exposition of the institute will present parts and assemblies from new materials, including composite ones, as well as designs created by additive manufacturing methods.

The interactive program will allow visitors of the Airshow to look at the operation of a digital prototype of the air intake device of an aircraft engine in a 1: 1 scale using virtual reality technology. Combining the results of supercomputer modeling of gas-dynamic processes with a 3D model of the designed air intake device demonstrates the influence of geometry on the features of gas-dynamic flows in the engine.

FSUE Baranov Central Institute of Aviation Motors is the only scientific organization in the country that carries out the full cycle of research needed to create aircraft engines and gas turbine units, as well as scientific and technical support for products in operation. CIAM is working on creating an advanced scientific and technical reserve for aircraft, marine, and stationary engines, developing new fuels and lubricants, conducting research in the field of renewable energy sources, performing high-altitude and climate tests of aircraft and aerospace engines, and doing work to ensure energy efficiency and energy conservation.

Loading comments for MAKS-2019 - CIAM will present the developments on a hybrid power plant...