“We secured four new orders of the Avanti EVO in the first few months of 2018, and the sales momentum is continuing”, said Renato Vaghi, CEO of Piaggio Aerospace at a press conference held at EBACE today. “Reinforced by a new financial stability, we intend to focus on aircraft, leveraging our revamped production and a new commercialization strategy for the P.180 Avanti EVO.”

Vaghi continued: “In 2018 we are also celebrating our century-long history of excellence in the aviation business. We are proud of our heritage and we look forward to the next 100 years.”

The industrial plan lays the foundations of long-term stability and is strengthened by comprehensive financial restructuring, including a €255m shareholder cash injection. Piaggio Aerospace focuses on aircraft as the core of its business aviation program and the industrial plan projects reaching break-even in 2019 and profit in 2021.

The new strategic route is already leading to an increase in the production rate and new orders with twenty aircraft in the pipeline, of which twelve are Avanti EVOs. In the first quarter of 2018, Piaggio Aerospace secured additional orders for four units of the third generation of the legendary P.180, and expects to deliver in total eight aircraft by the end of 2018. The ambition of the company is to better position the Avanti EVO globally, to relaunch its Special Mission version, and to further invest in Customer Service, to support the fleet worldwide.

In 2018, Piaggio Aerospace celebrates its first 100 years in the aviation business. Returning to the roots which inspired the Italian Company’s innovative and creative culture, it now stands for excellence in performance and design. 1918 is considered the most meaningful milestone for the identity of Piaggio Aerospace. Even though its foundation by Rinaldo Piaggio dates back to 1884, with the Company’s business being the outfitting of ocean liners and the manufacturing of rolling stock for the railway infrastructure, it was November 1917 when the Company formally entered the aviation industry with the takeover of Officine Aeronautiche Francesco Oneto, in Pisa, incorporated in January 1918.

Piaggio Aerospace is proud to celebrate its first centenary in the aviation business at EBACE 2018 and will announce other initiatives in the second half of the year.

Piaggio Aerospace is present at the Indoor Display (booth T123) and exhibits its Avanti EVO at the Static Display (SD_10). 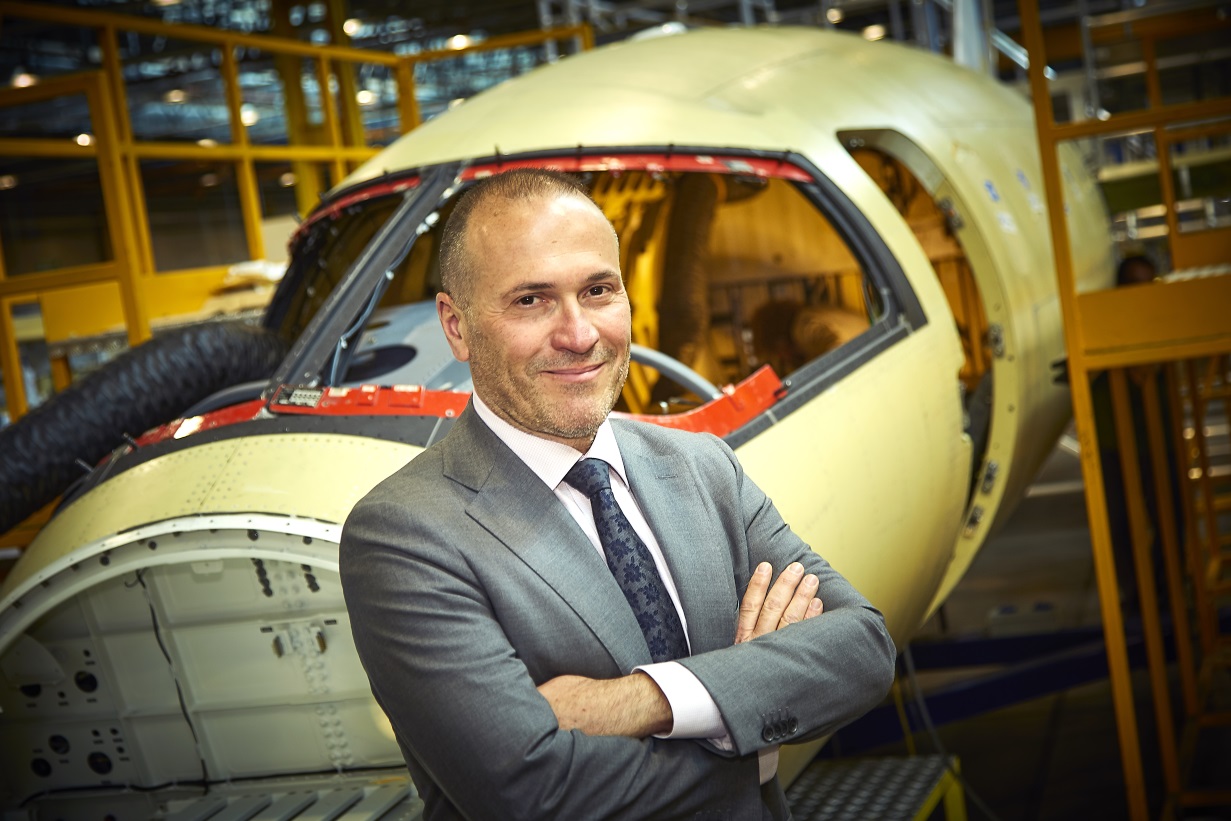