This international forum will bring together 200 top managers and top executives from leading global companies to discuss current trends and the future of the air cargo industry.

Focus at the Summit will be on unlocking the potential of the Silk Road Initiative for airlines, airports and the air freight industry in general. Other session themes will cover innovation in logistics, update CIS air cargo market, e-commerce, perishables and global market outlook.

In his welcoming speech, the director of the State Civil Aviation Agency Arif Mammadov noted that the domestic and foreign policies established by the national leader Heydar Aliyev and successfully continued by the President of the Republic of Azerbaijan, Ilham Aliyev, constantly increases the importance of our country in the international arena.

Azerbaijan's civil aviation makes a significant contribution to the development of the country's non-oil sector, and today new opportunities are being explored to strengthen its position in this area. 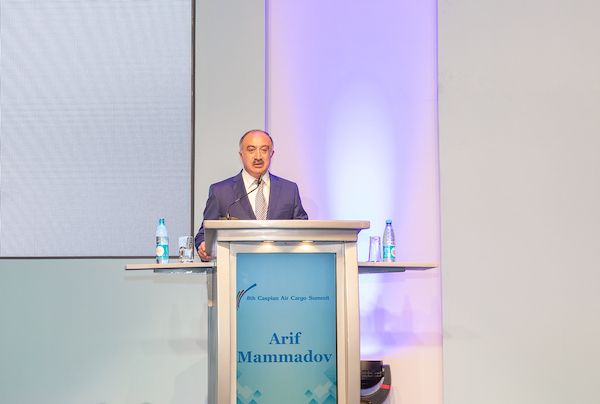 "Acting as a bridge between East and West, today Azerbaijan is recognized as a major partner in the international arena in the field of transit transportation," -  Arif Mammadov said.

According to him, all the tasks set for the civil aviation of Azerbaijan are being successfully fulfilled, and the transformation of the Heydar Aliyev International Airport into an important logistics hub is an additional confirmation of this.

It should be noted that Silk Way Airlines has expanded its business in recent years and has become a major player in the Europe – Asia tradelane, establishing Heydar Aliyev International Airport in Baku as a major transit hub for cargo.

Since its foundation in 2012, the carrier has been constantly expanding its route network to cover many destinations around the world. The airline has now more than 10 Boeing 747 all freighters and operate a true global network to major transport hubs such as Hong Kong, Osaka, Seoul, Dhaka, Shanghai, Singapore, Kuala Lumpur, Chicago, Milan, Amsterdam, Luxembourg, Istanbul, Dubai and others.