Organisers said the smaller amount was because more transactions are being made privately due to the "changing nature of business deals".

There were 11 announced deals, with another 40 made at undisclosed values.

The airshow launched on Wednesday and opens to the public this weekend.

"As the industry becomes more sophisticated and competitive, a growing proportion of the announcements and deals included undisclosed values," organiser Experia Events said in a statement.

Experia's managing director Leck Chet Lam told the BBC earlier this week that they hoped to either exceed of achieve the same deal amount as 2014.

In a statement today, he said "we are committed to creating carefully curated programme elements and are looking forward to delivering a 2018 edition that will further contribute to growing industry capabilities."

The largest order was made by Philippines Airlines for 12 Airbus A350s worth $3.7bn, followed by a purchase by China's Okay Airways for a dozen Boeing 737s worth $1.3bn. 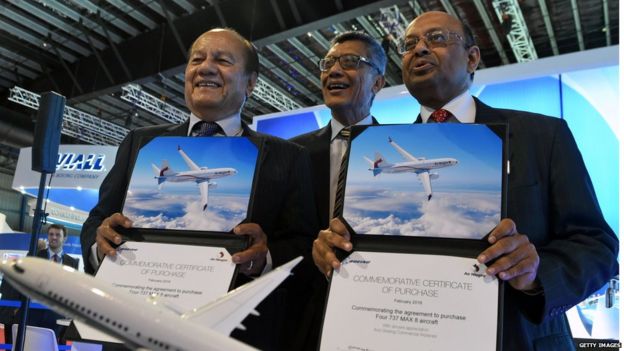 Japan's Mitsubishi Aircraft Corporation also won a $940m order for 20 of its planes from US leasing company Aerolease.

The biggest orders in recent years have been by low cost carriers, which have rapidly expanded their fleet sizes.

In 2012, Indonesia's Lion Air ordered 380 Boeing planes in a deal worth more than $22bn while in 2014 Vietnam's VietJetAir ordered 100 Airbus aircrafts.

The modest orders made during the three-day trade period partly reflect a drop in demand for new planes due to the weak global economy. 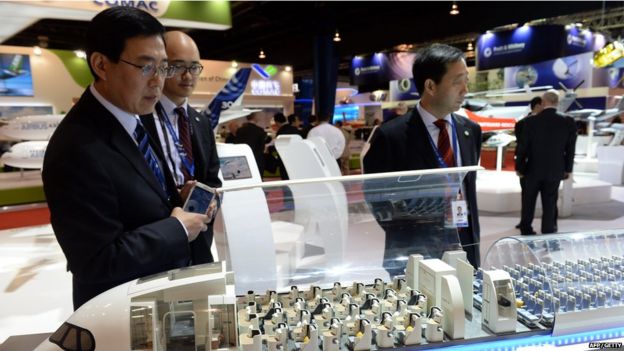 "Many Asian airlines placed large orders between 2011 and 2014, and now have a long pipeline of aircraft deliveries to absorb over the next four years," he said.

"Due to the existing capital expenditure commitments already made by many Asian airlines over the medium-term outlook, future new orders are expected to come in smaller sizes."

Rising wealth in the regional is expected to continue to fuel growth in Asia Pacific air travel demand. Last year, the total number of domestic air passengers rose by 10.5%.

Mr Biswas expects the aviation industry's profits to rise by about 9% each year because of the sharp fall in oil prices and strong regional growth in Asia Pacific passenger traffic.

The next airshow will be held in February 2018. Organisers said about 70% of exhibitors have already made reservations to participate.

Liebherr-Aerospace recently struck up an exclusive partnership with Embraer covering the overhaul services for the landing gear systems of the Lineage 1000 until 2031. The agreement marks a significan...