Can't wait for the EAA AirVenture? Let us give you more details from Daher! Get ready to aviation adventure with family of TBM very fast turboprop aircraft!

Together with the Kodiak 100 – which will join the company’s product line through Daher’s upcoming acquisition of the Quest Aircraft Company.

The exhibit of Daher’s two latest TBM family members – the TBM 940 and TBM 910 – will be accompanied by the “adventure island” display, featuring a Kodiak 100, underscoring this aircraft’s capabilities for backcountry missions on unprepared landing strips.

During the week-long EAA AirVenture fly-in event – known as “The World’s Greatest Aviation Celebration” – Daher also will organize an adventure-themed conference by TBM owners Dierk Reuter and Phil Bozek, who will discuss their record-setting transatlantic crossing from New York to Paris aboard a TBM 930 earlier this year.

In addition, Daher will host a press conference to update the aviation media on its recent activities, including the group’s strategy following the Quest Aircraft Company’s acquisition.

Highlighted at Daher’s exhibit in the EAA AirVenture’s main aircraft display area will be the increased level of automation on the TBM 940 and TBM 910, which reduces a pilot’s workload and optimizes performance and safety. The TBM 940 incorporates an automated throttle and an automated icing detection system – both of which are installed for the first time on a standard production turboprop aircraft weighing less than 12,500 lbs. (5.7 metric tons). Their integration in the aircraft further builds on Daher’s TBM e-copilot® strategy of introducing functionality for improved operational safety on the TBM product line.

As part of Daher’s participation in this week’s EAA AirVenture, the company is presenting TBM Care – an operational entity that expands on the technical expertise of its customer support teams by bringing in the aspects of training and technical documentation. This provides TBM owners and operators a single point of contact, which is included as one-click access on the latest version of Daher’s "Me & My TBM" cloud-based application.

The "Me & My TBM" app’s ergonomics and functionality have been improved with the introduction of modes of analysis to optimize flight and flight time, as well as the aircraft’s landing approach phase, to which are added new calculation functions and monitoring of the average speed. During each TBM flight phase, feedback is provided by high-precision graphics indicating key parameters of the engine and other systems – offering a complete set of statistics accessible wherever the aircraft goes.

Daher’s exhibit at EAA AirVenture is in the main aircraft display area, Booth 387-392, at Oshkosh exhibition ground. The company’s press briefing (which is open for attendance by accredited news media representatives), will be held on the fly-in’s opening day, July 22 at 10.45 AM.

The conference with TBM transatlantic record-setters Dierk Reuter and Phil Bozek is scheduled for July 24 at the Daher booth at 10.15 AM. 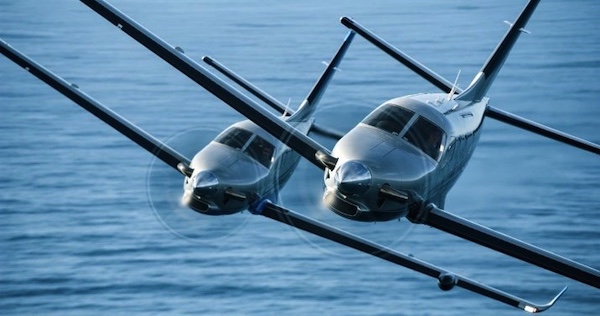