Before the official opening of the 30th international aviation trade show AERO, the show’s highlights were presented. In General Aviation, the development of quiet and environmentally friendly electric and hybrid-electric aircraft is progressing ever more rapidly. With a comprehensive range of products and services, AERO will be held from April 27 to 30, 2022, with 633 exhibitors from 34 countries: all major General Aviation companies will be present at Lake Constance. "AERO 2022 starts with the best conditions to take off now with great international participation at a full site. Visitors can look forward to full trade show power with innovations, dates and program items," emphasizes Klaus Wellmann, CEO of Messe Friedrichshafen, at the press conference.

The aviation industry is looking forward to AERO 2022, which opens its doors on April 27th. With its comprehensive offer across the entire spectrum of General Aviation, the trade fair is Europe’s most important platform for finding out about current and future products and developments and for experiencing the fascination of aviation live. AERO organizers Roland Bosch and Tobias Bretzel say: "After the compulsory break caused by the pandemic, this year's AERO comes out strongly with over 630 exhibitors." "In my opinion, it is the most important AERO since the great start of the trade fair more than 40 years ago", emphasizes Roland Bosch. 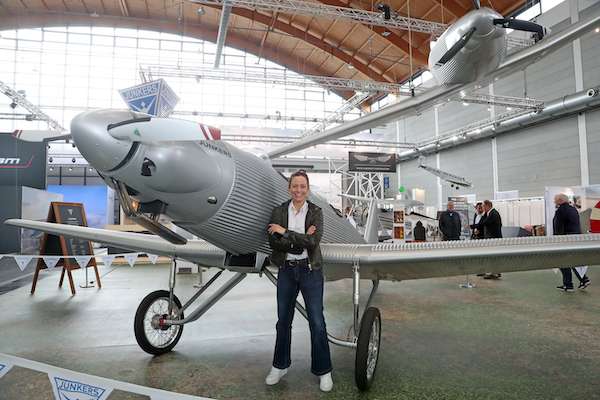 At AERO, the exhibitors show how they are taking on the current challenges in the industry and how they are shaping the future. During the media tour, the participants were able to get an impression of the solutions the industry is working on:

Flight Design General Aviation is a leading provider of ultralight, LSA and piston aircraft. The F2 is the latest product from the manufacturer from Hoerselberg-Hainich and was certified by EASA (European Union Aviation Safety Agency) in December 2021. With the F2e, Flight Design is also developing an electrically powered aircraft.

Slovenian manufacturer Pipistrel has manufactured over 2,500 aircraft to date. It was the first manufacturer to receive EASA type certification for an electrically powered aircraft, Pipistrel Velis Electro. The company was acquired by Textron this month and forms the basis for the newly founded Textron eAviation division.

Rheinland Air Service (RAS) from Mönchengladbach, Germany, has been the exclusive dealer for Bell Textron's Bell 505 light turbine helicopter since November 2020. The helicopter is a bestseller in its class. The global fleet consists of almost 400 examples and recently surpassed the 100,000 flight hour mark. RAS also represents French aircraft manufacturer Daher, with its TBM family of tubroprop aircraft, and business jet manufacturer Honda Aircraft.

The electrically powered, vertical take-off and landing aircraft eMagic One made by eMagic Aircraft from Grafschaft near Bonn was presented to the public for the first time last November. It impresses with its very low weight and its unique aerodynamic design.

Rolls-Royce Electrical is the technology leader in electric aircraft propulsion systems. Under the motto "Powering new ways to fly", the company is presenting its electric portfolio for advanced air mobility, i.e. urban air mobility and electric commuter aircraft, which is currently under development. In addition to electric drive units specially designed for the respective application, consisting of electric motors, inverters and control systems, this also includes a battery solution for electric aircraft and a turbogenerator for on-board power generation for hybrid-electric aircraft.

Rolls-Royce will also be showcasing its achievements in flight testing the technology over the last year, with videos and an explainer app about the world's fastest electric aircraft, Spirit of Innovation, which the company developed as part of the UK government-funded ACCEL project, as well as the hybrid-electric Tecnam P2010, which Rolls-Royce and its project partners Tecnam and Rotax with their flight tests as part of the EU-funded "H3PS" project gained valuable insights into (sub-)system integration and the advantages of hybrid-electric delivered drives.

H2FLY is a spin-off from DLR (German Aerospace Center). At AERO, the company is showing its four-seater HY4 aircraft, which is powered by hydrogen-electric power. On April 13, 2022 the aircraft reached an altitude of 7,230 feet on a flight from Friedrichshafen, climbing higher than any other hydrogen-electric powered aircraft before. H2FLY develops the drive systems as scalable drive systems. By the year 2025, a 40-seat regional aircraft with such an engine is to fly.

With the A50 Junior and the Junkers F13, Junkers Flugzeugwerke AG manufactures original replicas of historic aircraft. The Junkers A50 is an ultralight aircraft suitable for everyday use and is celebrating its world premiere at AERO 2022. The American WACO Aircraft Corporation, which produces historic double-deckers as new aircraft, has also been part of the group of companies since 2019. 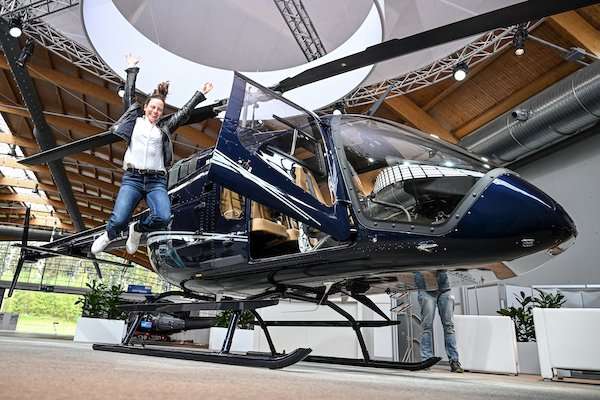