The first, The Official Illustrated History of RAF Search and Rescue

Available through Amazon and all good bookshops the book details the history of the RAF’s search and rescue capability from 1918, through the formation of a dedicated air-sea rescue service in 1941, to the disbanding of the Search and Rescue Force in 2015. Through archival material, interviews and email correspondence with RAF SAR crew members, including the His Royal Highness Prince William, the Duke of Cambridge, who also wrote the forward, Paul has written an absorbing chronology of an elite, nationally recognised service. In addition to the book being a colourful history of the service, it is also a true testament to the courage and professionalism of the crew members that flew perilous missions to save others.

Stories of spectacularly heroic rescues include the March 2013 mission during which winchman Sergeant Rachael Robinson made six separate hazardous descents to reach a grievously injured French trawlerman in atrocious weather off Milford Haven; the December 2001 Rosebank rescue, after which the entire helicopter crew was treated for the symptoms of smoke inhalation when smoke entered the helicopter from the exploding boat below: and the Swanland sortie, which will always be remembered for Flight Lieutenant William Wales, HRH the Duke of Cambridge, who co-piloted a mission heroic and tragic in equal measure.  Considered an exceptional pilot by his peers, Wales’ story is one of many among the inspiring, heartbreaking and at times unbelievable legends of Royal Air Force Search and Rescue. An impressive collection of photos powerfully illustrates the seemingly impossible conditions the crewmembers had to battle against during rescue events and showcases the skills used to complete each mission.

Paul has written and edited the Official Royal Air Force Annual Review since its 2011 edition and the Official Royal Air Force Salute annual historical journal for almost as long. He has also produced a number of RAF special bookazines, covering Aircraft and Weapons, Squadrons and, most recently, the Service’s 100th anniversary so was well positioned to take on the challenge of collating and creating this official record of Royal Air Force Search and Rescue. Paul also edits the EVA business aviation title and contributes to a number of aerospace and aviation magazines and websites.

“The RAF and its people are naturally cautious about what they say. It’s often the case that they consider the extraordinary as ‘just part of the job’, so they’ll tend not to mention the things they’ve done,” says Eden, who was asked to author the book during a visit to the RAF’s HQ Air Command at High Wycombe in the UK. “I was walking with my primary RAF External Media & Comms contact from the Spar shop to his office in late 2014. He said there'd been a suggestion that with SAR Force disbanding the following year, the RAF ought to produce an official book about search and rescue. He said they couldn’t think of anyone better to write it and that I’d get full cooperation, and that was it. I was honoured to be asked and it was an amazing journey discovering more about the service.” This book will resonate with anybody intrigued by the human instinct to selflessly help others in need and is a must read for RAF members, enthusiasts and followers.

Hardback, ebook and PDF versions of The Official Illustrated History of RAF Search and Rescue are available from today 25 June 2020. 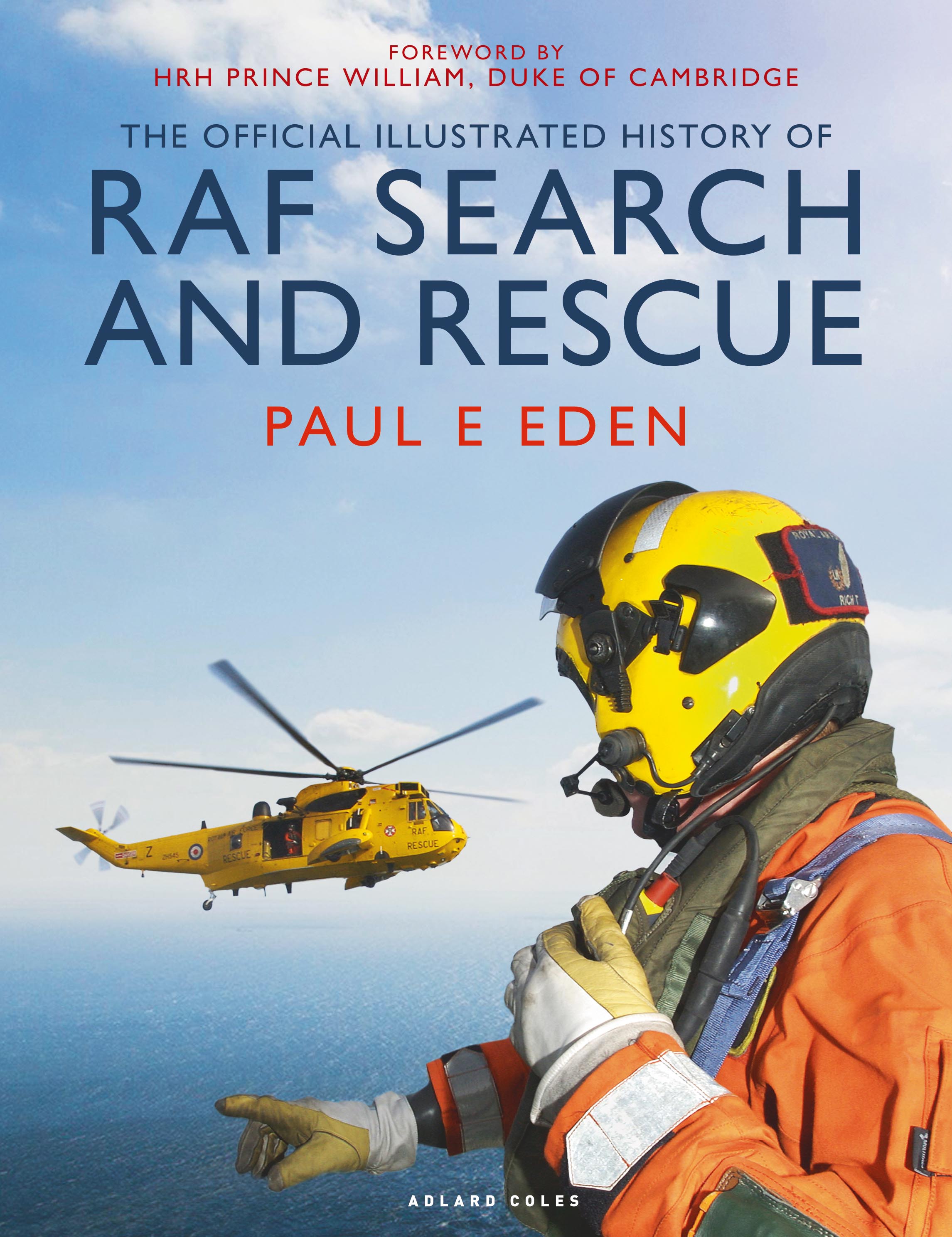 Loading comments for The first, The Official Illustrated History of RAF Search and Rescue...