The first foreign presentation of its newest Mi-38 civilian helicopter will take place during Dubai Airshow 2019! The rotorcraft featuring a luxury cabin will be showcased at the static exposition, and will also take part in the flight program. Cutting-edge technical solutions in the field of safety and comfort were used in the development of the helicopter interior. The engines of Mi-38 are located behind the main rotor transmission, instead of their traditional forward placement, which ensures the reduction in aerodynamic resistance and noise level in the cockpit, as well as increased the rotorcraft safety. In addition to its excellent flight performance, the competitive advantage of Mi-38 is its cost, which is lower than that of its foreign same-class peers. The flight range of the transport version of the new Mi-38 helicopter is up to 1,000 kilometers (with additional fuel tanks). With its maximum takeoff weight of 15.6 tonnes, the helicopter can carry 5 tons of payload on board or on an external sling. 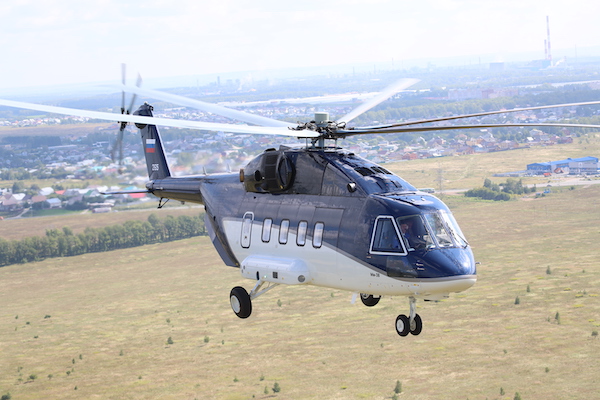 Another novelty of the Dubai Airshow will be the light Ansat helicopter, which, following its European debut in Le Bourget, will be introduced to the Middle East. The corporate version of the rotorcraft will also take part in the flight program of the show. In this configuration, the helicopter can comfortably transport up to 5 passengers. “Research and development effort, as well as experimental designing activity within the Mi-38 project was financed by the Russian Ministry of Industry and Trade. The helicopter was originally designed to meet the toughest existing and potential standards of safety, environmental friendliness, land noise. The closest attention was paid to meeting the customers' needs in terms of flight performance, operational and economic parameters. Our engineers have performed a range of activities aimed at further expanding the operational capabilities and ensuring maximum versatility of the helicopter use. The improvements aimed at ensuring reliable and comfortable operation of the new rotorcraft in the conditions of hot climate and desert terrain should be of particular interest to operators in the Middle East,” noted the Minister of Industry and Trade of the Russian Federation Denis Manturov. 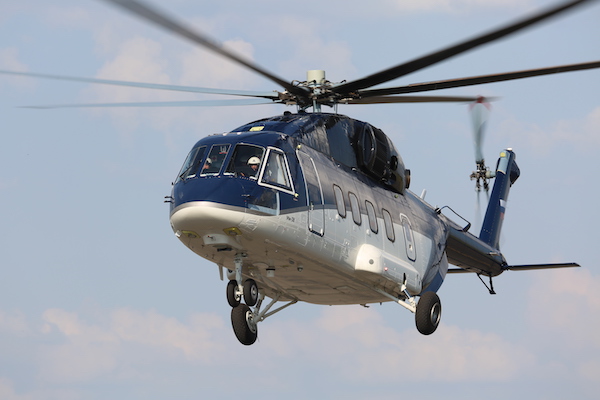 "It is the first time in Russia's newest history that our civilian helicopters will be presented at a Middle East air show. The format and content of the participation of Russian Helicopters Holding Company in the Dubai Airshow demonstrate the new approaches of Rostec State Corporation to promoting Russian high-tech civilian products on foreign markets, which involves the support from the Russian Ministry of Industry and Trade, the Russian Export Center, and leasing companies. We are confident that, in terms of its price and quality, Russian-made helicopters can be quite competitive in the world market and we expect that their demonstration will result in more actual contracts," said Rostec CEO Sergey Chemezov.

"Dubai Airshow will be the first foreign site for us to demonstrate our latest Mi-38, so we say that we are making the world premiere of this rotorcraft, as well as the debut of Ansat in the Middle East. The UAE sees the rapid development of its urban mobility sector, therefore, in addition to flight models, at our booth, we will present the VRT300 UAV, and a model of a light single-engine VRT500 helicopter will be showcased at our joint exposition with Tawazun, an Emirati Holding Company. It is no secret that UAE investors are interested in joining the project, and we expect to take the first actual steps in this area during the exhibition', said Director General of Russian Helicopters holding company Andrey Boginsky. 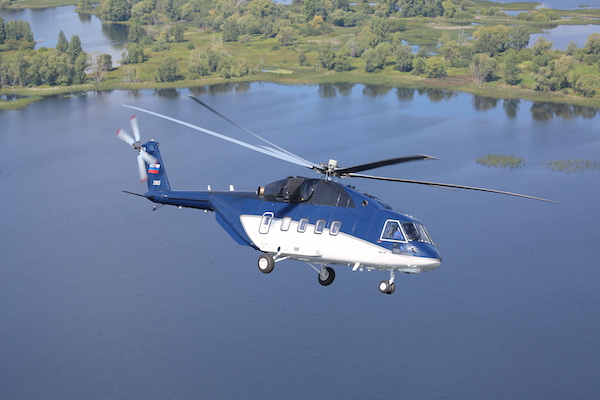 Mi-38 can be operated in a wide range of climatic conditions including maritime, tropical and cold climates. The use of unparalleled technical solutions makes Mi-38 superior to other similar-class helicopters in terms of load capacity, seating capacity and main performance characteristics.
Light multi-purpose Ansat helicopter is equipped with two engines and can be used for passenger transportation, cargo delivery, environmental monitoring and as an ambulance aircraft. Ansat has successfully passed high-altitude tests, which proved that it is suitable for use in mountainous terrain at up to 3,500 meters of altitude, as well as climatic tests, which confirmed its operability in a temperature range between -45° and +50° С.

Light VRT500 helicopter and VRT300 UAV were developed by VR-Technologies Design Bureau and feature coaxial rotors, which ensure their high side wind resistance and small dimensions making them suitable for use in the restrained urban conditions. VRT500 features the largest passenger/cargo cabin in its class, with a total seating capacity of up to 5 people. The flight and technical parameters of the helicopter will allow it to speed up to 250 km/h, have a flight range of up to 860 km and carry on board up to 730 kg of payload.

Loading comments for The launch of Mi-38 on international market at Dubai Airshow 2019...