The Launch of UAE Endeavour Scholarships

The UAE Space Agency and Kallman Worldwide announced a joint initiative to encourage more Emirati youth to pursue careers as engineers and explorers. The UAE Space Agency and Kallman Worldwide have finalized a MoU to award the Astronaut Al Worden “Endeavour” Scholarship to four aspiring young space explorers and one select educator at next month’s Dubai Airshow. The scholarship, named for Apollo 15 Command Module Pilot Col. Al Worden, USAF-Ret. and his spacecraft, pays all expenses for a week-long, hands-on astronaut training experience at the U.S. Space and Rocket Center’s renowned Space Camp in Huntsville, Alabama.

The Astronaut Al Worden Endeavour Scholarship is a not-for-profit organization funded by proceeds from every Kallman USA Partnership Pavilion at leading aerospace and defense exhibitions around the world, plus sponsors, donors and partners such as the UAE Space Agency. Awards are based on merit as determined by select stakeholders in participating air show communities, and reviewed by a Space Camp team including Worden.

The awards announced at the Dubai Airshow will be the first of 40 scheduled to be presented at major air shows around the world over the next two years. 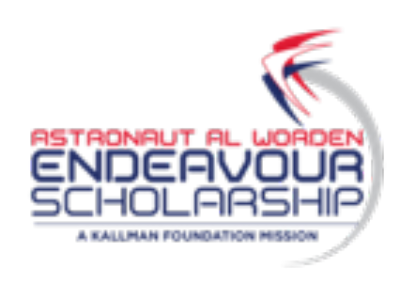 As one of only 24 people who have flown from the Earth to the Moon and back, Worden is a role model for career engineers. In the decades following his historic 1971 flight, he has applied his business acumen, technical talents and passion for innovation to a wide range of interests in industry, academia and public service. In particular, he is an active advocate for the future engineering workforce — in all disciplines — and the communities in which they live and work around the world.

“Current events, including the 50th Anniversary this year of man’s first steps on the Moon and the successful flight of UAE’s first astronaut in space, Hazzaa al-Mansoori, provide a unique opportunity to reflect on the positive impact space programs have had on society, and re-emphasize the need for continued support of public and private initiatives dedicated to aerospace exploration and commerce,” said Kallman Worldwide President and CEO, Tom Kallman. “Nation-to-nation, in partnership with the UAE Space Agency, industry partners in the United States and the leaders of Space Camp, the world’s premiere astronaut training experience, we’re proud to present the Astronaut Al Worden Endeavour Scholarship to honor the past and inspire the future of space exploration in the UAE.”

His Excellency Dr. Eng. Mohammed Al Ahbabi, Director General of the UAE Space Agency said: “Since its inception in 2014, the UAE Space Agency has established relationships with major international agencies including more than 30 MoUs and agreements signed with global space experts. The agreement with Kallman Worldwide furthers our strategy to grow through international collaboration, knowledge transfer and the exchange of ideas.

“Space offers a platform for innovation, it is a model for cooperation and, more importantly, it offers the tools to inspire and raise optimism for the next generation of space entrepreneurs,” said H.E. Dr. Eng. Al Ahbabi. “The UAE Space Agency is proud to work with the Astronaut Al Worden Endeavour Scholarship and its industry partners to strengthen connections between our nation and the global space community.”

Worden made his first visit to the UAE as a goodwill ambassador for U.S. industry at the Dubai Airshow 2017. In meetings with students and national space leaders, notably H.E. Eng. Dr. Al Abhabi, and aspiring astronaut Alia Al Mansoori, whose “Genes in Space” award-winning experiment flew on the ISS earlier that year, he gained insight that informs the purpose of the Endeavour Scholarship.

“As a lifelong advocate for science, technology, engineering and math [STEM] education and exploration, I am deeply honored and excited to lend my name and experience to this international Space Camp program,” said Worden. “When you consider the decades of rigor and discipline it’s going to take to successfully put people from Earth on Mars, and that the UAE has plans for establishing a colony on Mars by 2117, we need to pick up the pace. The pipeline for STEM talent can handle a lot more volume.” 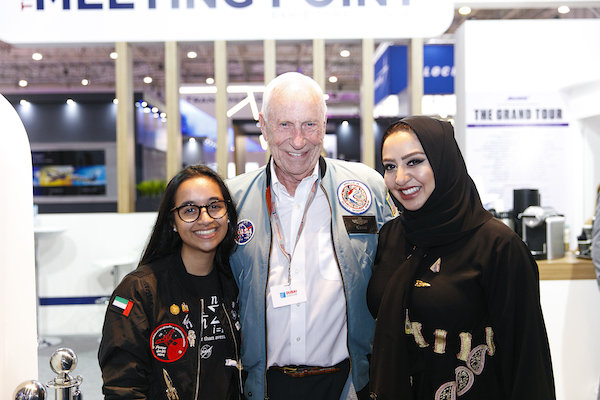 Inspired by its namesake, the Command Module Pilot of Apollo 15, the Astronaut Al Worden Endeavour Scholarship is a 501(c)(3) organization that sends select international students and educators to attend America’s premier space education center, the U.S. Space and Rocket Center’s Space Camp in Huntsville, AL. As the organizer of the USA Partnership Pavilion at the world’s great airshows for more than three decades, Kallman Worldwide coordinates this international effort with the support of industry, government and STEM education partners around the world.

The first Endeavour scholarships will be presented at these major events:

Loading comments for The Launch of UAE Endeavour Scholarships ...