With sustained lift from advanced aircraft programs that have disrupted markets, streamlined supply chains and strengthened alliances — notably the Lockheed Martin F-35 and Boeing 787 Dreamliner — the United States heads into the biennial Farnborough International Airshow 2018 with technology and trade momentum.

Some 300 U.S. companies will exhibit at this year’s event, July 16 through 22 at the familiar Farnborough airfield southwest of London, more than 250 of them in the new USA Partnership Pavilion, which covers a total of 4,000 square meters in Halls 2, 3 and 4.

The Pavilion is the centerpiece of the American national effort at the show. It is organized by Kallman Worldwide, Inc. of Waldwick, NJ, in coordination with numerous government agencies, including the departments of Commerce, Defense, State and Transportation.

Nearly 50 Pavilion exhibitors are new to market, 90 are new to the show and all are looking to generate new business and create jobs back home by growing exports, expanding overseas and/or recruiting international partners to establish or participate in U.S.-based operations.
The 2018 show is Kallman Worldwide’s 11th consecutive edition organizing Americans at Farnborough, and its first under the new “USA Partnership Pavilion” banner, which President and CEO Tom Kallman says, reflects a global trend.

“Now more than ever, success in international trade comes from partnership and teamwork. The USA Partnership Pavilion sharpens our focus on helping advance America’s national interests and security by building stronger relationships with our international customers,” said Kallman.

“Many of our exhibitors — from publicly traded stalwarts such as Curtiss-Wright [NYSE: CW] and Kratos Defense and Security Solutions[NASDAQ: KTOS] to small- and medium-sized enterprises [SMEs] with fewer than 500 employees — already have significant partnerships and operations in the UK and around the world. In the years to come, I am confident many more will,” he said.

To spotlight the proven partnership between the United States and the United Kingdom, the Pavilion will commemorate the 100thanniversaries of the WWI armistice and the founding of the Royal Air Force (RAF) — both of which occurred in 1918 — with dedicatedevents and presentations.

Most prominently, during the Pavilion Opening Ceremony on July 16, on behalf of American industry, Kallman will lead the presentation of a U.S. flag flown to the Moon on Apollo 15 and signed by the mission Command Module Pilot, Col. Al Worden, USAF-Ret., to RAF Chief of the Air Staff, Air Chief Marshal Sir Stephen Hillier, on the occasion of RAF100, the service’s centenary. Col. Worden will be on-hand to participate in the presentation alongside U.S. government, military and elected officials and industry supporters.

“The U.S. Air Force and the Royal Air Force share a bond unlike any other, born in the crucible of war against tyranny and nurtured over decades of commitment to our shared values of peace, security, and prosperity,” said USAF Chief of Staff General David L. Goldfein. “From the men and women of the United States Air Force, we look forward to honoring the RAF’s 100 years of unparalleled contribution to the legacy of airpower.”

The day before the show opens, the Kallman team will escort U.S. exhibitors and dignitaries to neighboring Brookwood American Cemetery and Memorial where 1,031 American soldiers who died during WWI are interred or memorialized. To honor them and all Americans who died overseas in WWI, the USA Partnership Pavilion logo displayed during Farnborough will feature the addition of two “Buddy Poppies,” the official memorial flower of the Veterans of Foreign Wars of the United States.

Kallman has also minted a limited-edition keepsake “challenge coin” to commemorate the centennials and the American presence at Farnborough. One side of the coin symbolically features side-by-side American and British flags bisected by a banking F-35 silhouette. Text around the rim reads: “Allies in Freedom. Partners in Flight. 1918-2018.” The flip side features the USA Partnership Pavilion and Farnborough Airshow logos surrounded by the show dates and Kallman’s partnership values: opportunities, relationships and impact.

“National pavilions are a patriotic expression of collective industry pride, presented in the spirit of global partnership,” said Kallman. “The USA Partnership Pavilion at Farnborough 2018 is more than a week-long home away from home for our exhibitors. It’s a statement of America’s dedicated role in the past, present and future of the aerospace and defense industry.” 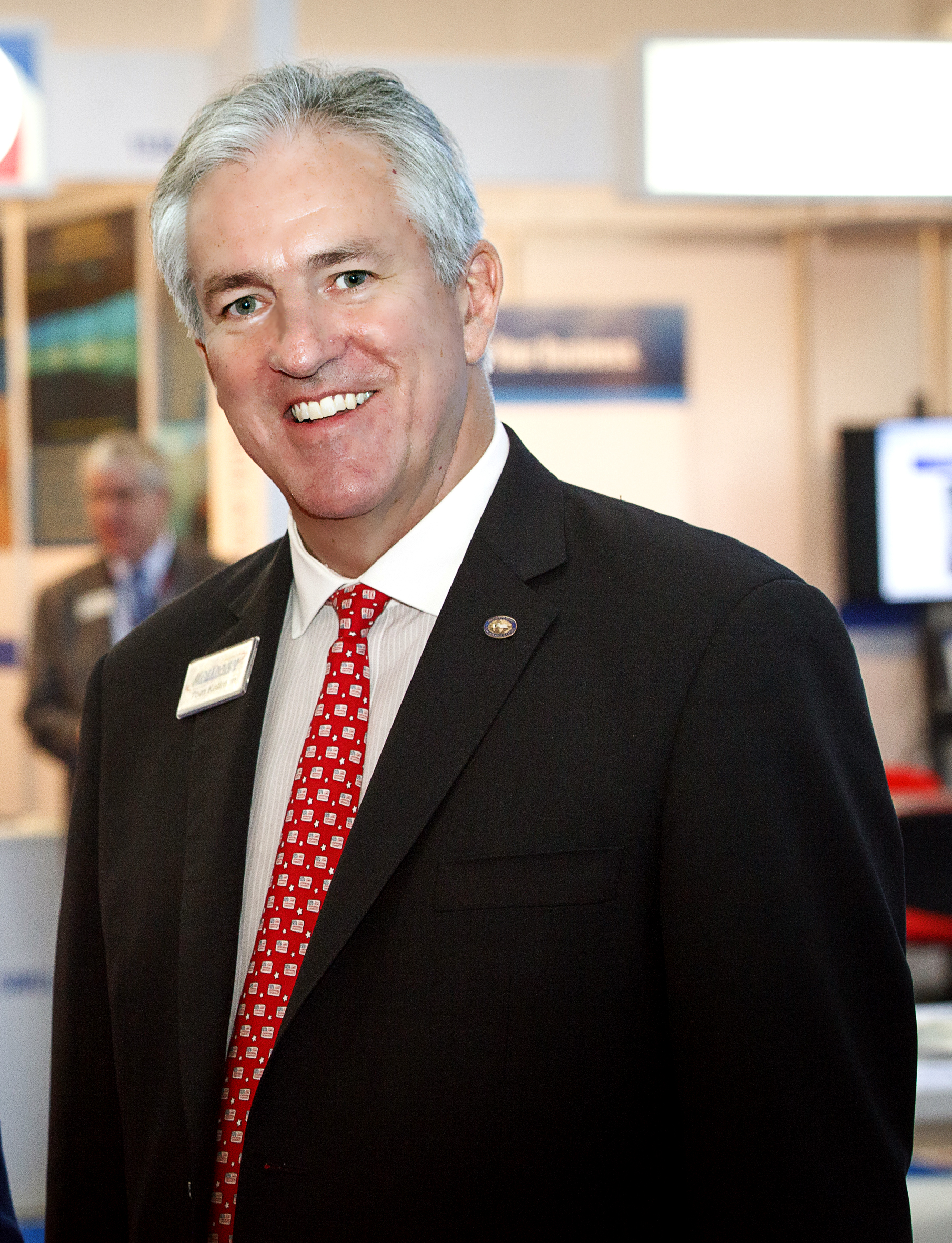 FIND EXHIBITOR NEWS AND SPOTLIGHTS IN THE ONLINE VISITOR ZONE
In addition to space on site, USA Partnership Pavilion exhibitors are featured in Kallman’s online Farnborough Airshow Visitor Zone at kallman.com/farnborough-2018. The Visitor Zone features a centerpiece searchable Pavilion directory, plus interactive tools — including Exhibitor News Spotlights and images — to connect interested industry professionals and media around the world to the Partnership Pavilion, even if they can’t attend Farnborough 2018 in person.

ON-SITE EXECUTIVE BRIEFING CENTER ADDS EXCLUSIVE ACCESS AND INSIGHT
To further inform the business conversation at Farnborough, Kallman will sponsor the Executive Briefing Center, an exclusive forum feature of The Partnership Chalet (C4). The Center will feature a week-long series of business insight presentations and moderated discussions led by government, military and industry insiders. Topics will cover policies and programs, including “Doing Business With . . .” sessions with executives from Airbus, COMAC and Embraer.

Loading comments for U.S. aerospace and defense industry riding a wave of technology and trade momentum into Farnborough International Airshow 2018 ...