GECAS, the commercial aircraft leasing and financing arm of General Electric, has signed a firm order for 12 highly efficient wide-body Airbus A330neos and 20 long-range single-aisle A321XLRs. The agreement for the A321XLR includes an order for 13 new planes and the upsizing of seven A321s in its existing backlog. The latest order takes the total number of A330 Family aircraft ordered by GECAS to 45 and all variants of the A320 Family to 588.

At the Dubai Airshow, Christian Scherer, Airbus Chief Commercial Officer said: “Having one of the world’s most respected and influential lessors invest in the A321XLR and the A330neo, speaks volumes on their global appeal, versatility and solid value as an asset. Airbus thanks GECAS on its wise investment and endorsement of the A330neo.”

The A330neo Family is the new generation A330, comprising two versions: the A330-800 and A330-900 sharing 99 percent commonality. It builds on the proven economics, versatility and reliability of the A330 Family, while reducing fuel consumption by about 25 percent per seat versus previous generation competitors and increasing range by up to 1,500 nm compared to the majority of A330s in operation. 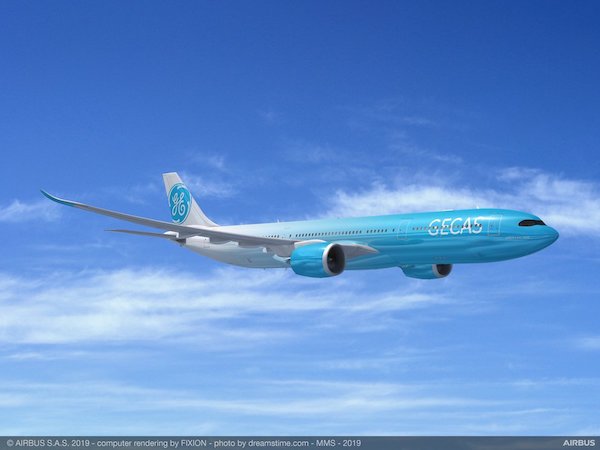 The A321XLR is the longest-range single-aisle commercial jetliner ever, capable of flying routes up to 4,700nm with unbeatable fuel efficiency. The enhanced range and efficiency of the A321XLR enables operators to exploit new route opportunities with low operating costs, a reduced environmental impact, and provide passengers with a comfortable travel experience.

The A330neo is powered by Rolls-Royce’s latest-generation Trent 7000 engines and features a new wing with increased span and new A350 XWB-inspired Sharklets. The cabin provides the comfort of the new Airspace amenities including state-of-the-art passenger inflight entertainment and Wifi connectivity systems.

ATR announced the successful first flight of its new purpose-built regional freighter aircraft. The flight took off at 14:00 from its Saint-Martin site and lasted two hours. During the fligh...

Bell announced its first ever Authorized Maintenance Center in Europe. The new AMC will provide maintenance for the Bell 505 and Bell 407 and is located near downtown Warsaw in Konstancin-Je...