China syndrome: how the slowdown could spread to the Brics and beyond 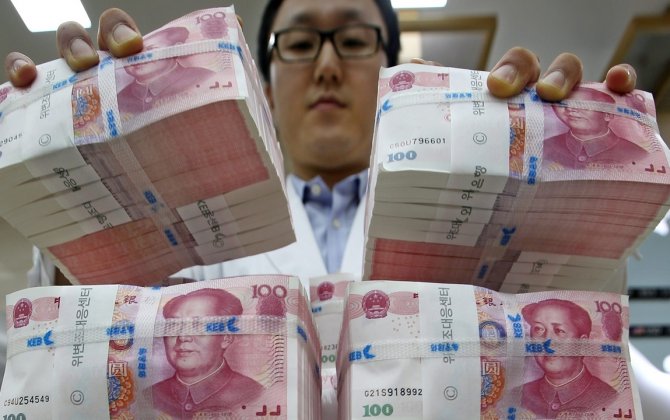 umbling share prices. A sell-off in commodity markets. Capital flight from some of the world’s riskier countries. Hints of a looming currency war.Financial markets ended last week in panic mode as fears emerged that the world was about to enter the next phase of the crisis that began eight years ago in August 2007.

Back then, the problems began in the developed world – in American and European banks – and spread to the rest of the world. The bigger emerging markets – China and India most notably – recovered quickly and acted as the locomotive for global growth while the west was struggling.

There was talk of how the future would be dominated by the five Brics countries – Brazil, Russia, India, China and South Africa – and by 11 more emerging market economies, including Turkey, Indonesia, Mexico and Nigeria.

That has happened. Emerging market countries are dominating the news – but for all the wrong reasons. And because, after years of rapid growth, they now account for a bigger slice of the global economy, a crisis would have more serious ramifications than in the past.

Emerging markets have a habit of causing trouble. For a quarter of a century after the Latin American debt crisis erupted in Mexico in 1982, the story was of a storm moving from the periphery of the global economy towards its core, the advanced nations that make up the G7. Mexico ran into fresh problems in 1994, there was an Asian debt crisis in 1997, and a Russian default in 1998 before the dotcom bubble burst in 2001. That proved to be a dress rehearsal for the near meltdown of the global financial system in 2007-08.

Now the focus is back squarely on emerging markets. The problem is a relatively simple one. In the post-Great Recession world, the tendency has been for all countries to try to export their way out of trouble. But this model works only if the exports can find a home, as they did when China was growing at double-digit rates.

But in the past 18 months, the Chinese economy has slowed, causing problems for two distinct groups of emerging-market economies – the east Asian countries that sell components and finished goods to their big neighbour, and countries that supply China with the fuel and raw materials to keep its industrial machine going.

China’s slowdown has led to a slump in the price of oil and industrial metals. In theory, this should have no net effect on the global economy because lower incomes for commodity-producing countries should be offset by the boost to countries that import commodities.

It hasn’t quite worked out that way. Consumers in Europe, Japan and North America have not used the windfall from cheaper energy to go on a spending spree. Meanwhile, emerging market economies are hurting badly. With the western economies one new recession away from deflation, China is making its exports cheaper by devaluing its currency just as oil producers are flooding the world with crude in a bid to balance their budgets.

In the past three decades, there has been a crisis every seven years on average. Financial markets are well aware that recovery from the last downturn remains unfinished. The nervousness is easy to understand.

China sent markets into a spin this month after it revealed an 8.3% decline in exports in June. In an attempt to reverse the slump, Beijing began devaluing the yuan. The devaluation persisted for three days, raising investors’ anxiety levels. Could there be worse to come? The answer came last week, when a survey showed that in August, activity in China’s factories shrank at the fastest pace in almost six and a half years. Export demand had dwindled further, and domestic sales were not much better.

China’s leader, Xi Jinping, is wrestling with the effects of a massive increase in production using borrowed funds following the financial crash. Property developers in particular went on a building binge using cash borrowed from US banks. A report by credit rating agency Moody’s said a devaluation of the yuan by more than 10% would raise the cost of financing their debt to unsustainable levels – they would start going bust. So far, the devaluation amounts to about 3%.

Even if Beijing sticks with the yuan’s current value, Washington could upset its calculations. September is the month many analysts have pencilled in for the Federal Reserve to raise interest rates. Although one effect of China’s slowdown may be to stay the Fed’s hand, if it does raise rates, the resulting boost to the dollar would have the same effect as a cut in the yuan, putting those building sites from Nanjing to Chongqing back in jeopardy, along with the trillions of dollars invested in them.

In any list of vulnerable emerging economies, Turkey has to be near the top. Its major companies have borrowed heavily on international markets, mainly in dollars. The cost of this has been ultra-low since the 2008 crash, but is now rising in response to hints of a US rate rise. Turkey is now a major manufacturing hub for European and US businesses. Millions of young Turks are employed by foreign companies, which are now scaling down production in response to declining world trade. These problems, combined with a war on its eastern border, have sent the Turkish lira to an all-time low against the dollar.

Russia is in a similar position, but has the benefit of massive savings. It was Moscow’s good fortune to have surplus oil and gas to sell in the high-price years – and the discipline to bank some of it. Like in Turkey, a queue of corporations have begged for help in paying the interest on their foreign debts. And as in Turkey, the currency has crashed. The rouble is at its lowest level against the dollar since February.

And oil-dependent Kazakhstan has spent $28bn this year buying its own currency, the tenge, to prop up its value, but gave up last week. On Thursday the tenge plunged by more than a quarter and President Nursultan Nazarbayev said that with most its rivals devaluing, Kazakhstan had been forced to act. “No one could have stood aloof from this [currency] storm,” he said.

Little of Africa remains untouched by the Chinese. Beijing has outstripped allcomers as a source of funds and now accounts for $3 of investment to every $1 from the US. Whether they are a source of minerals, metals, oil, agricultural produce or labour, few countries have missed out.

Figures from Fathom Consulting show that the stuttering Chinese economy has already interrupted trade flows. From a peak between 2011-2013, African trade with China has almost halved. Among the most exposed countries is Sierra Leone, which, having just recovered from the Ebola outbreak, relies on exports of iron ore and titanium. Angola, which supplies China with oil, is in a similar position.

A broader calculation shows Zambia the most vulnerable. Here, investment from Beijing accounted for 7.5% of domestic output in 2012. With the sale of ores and metals making up around 80% of its goods exports, Zambia is also hit by falling commodity prices.

Oliver White, economist at Fathom, says many African countries will be unable to balance their budgets without spending cuts following what is likely to be a huge fall in oil – and mining-related tax revenues.

Latin America has a long history of financial crises stretching back to the late 19th century. It was the scene of debt defaults in the 1980s and a number of countries are suffering from the crash in commodity prices. Most concern centres on Brazil, not just because it is Latin America’s biggest economy but because of its cocktail of economic and political risks. Output is falling, inflation is in double digits, and it is running big budget and current account deficits. No president in Brazil’s history has been less popular than Dilma Rousseff, who is embroiled in a corruption scandal and faces calls for her impeachment.

Shweta Singh of Lombard Street Research says Brazil typifies almost everything that can go wrong with an emerging market: “It faces huge risks. Admittedly, that has been the case for most of the post-global financial crisis period. A new development, however, is a severe deterioration in the political backdrop, which threatens the adjustments the economy badly needs.”

The collapse in commodity prices also comes at a bad time for Argentina, Latin America’s third-biggest economy, which is already battling with stagflation – an inflation rate close to 30% and no growth. Oil-dependent Venezuela, meanwhile, is running a 20% budget deficit and a current-account deficit of almost 5% following the collapse in the cost of crude. Analysts are also keeping a close eye on Colombia.

South-east Asia looks much better-placed to cope with turbulence than it did 18 years ago. Then, the collapse of the Thai baht had a domino effect throughout the region, hitting Indonesia, Malaysia and South Korea.

The experience was chastening, and those countries used the proceeds of export-led growth to build up substantial foreign exchange reserves for use when their currencies come under attack. In 1997-98 all four were running sizable current account deficits; today only Indonesia is in the red.

Gareth Leather of Capital Economics says comparisons with 1997 are overdone: “There are more differences than similarities between the situation now and the position many Asian countries found themselves in in 1997-8. The exception is Malaysia, where comparisons with 18 years ago are not entirely wide of the mark.”

As oil producers, Indonesia and Malaysia have been hit by the drop in the cost of crude from $115 to $45 a barrel. The risks to Malaysia are exacerbated by excessive credit growth.

China’s slowdown and the devaluation of the yuan will also have an effect on two other groups of Asian countries. Low-cost manufacturers, such as Vietnam, will eventually find it harder to compete, and more advanced economies – including South Korea and Taiwan, which provide components to Chinese manufacturers – will see demand for their exports decline.


Loading comments for China syndrome: how the slowdown could spread to the Brics and beyond...