Safran: Adapting to an unprecedented situation

CEO Philippe Petitcolin commented: "Over the past year, Safran has successfully managed the impact of the 737MAX crisis. The situation we are facing today is of a different order of magnitude, although it remains difficult, at this point, to measure precisely its far-reaching consequences.
The actions which my fellow managers and I have launched are timely, tailored to each particular situation and indeed in some instances quite radical. In acting in this manner, we kept in the forefront of our mind the health of each one of our employees and the future prospects of all our businesses. Thus, being both nimble and responsible, Safran will demonstrate that we are a world leader in aerospace".

As of today, the central scenario is a gradual recovery as new aircraft deliveries are likely to be lower for a period of time, exceeding 2020. In the short run, airlines and the aerospace industry are likely to benefit from government support. In the long run, prospects remain good for Safran, notably because of a young and efficient fleet less likely to suffer early retirement and part out after Covid-19 grounding: approximately 57% of CFM56-5b/-7b are below 10 years old and only 7% above 20 years old. The main thrust of the Group's strategy remains. Safran is committed to green aviation, which will emerge from the crisis as a major trend. R&D and CAPEX efforts will resume when the brunt of the crisis is over. 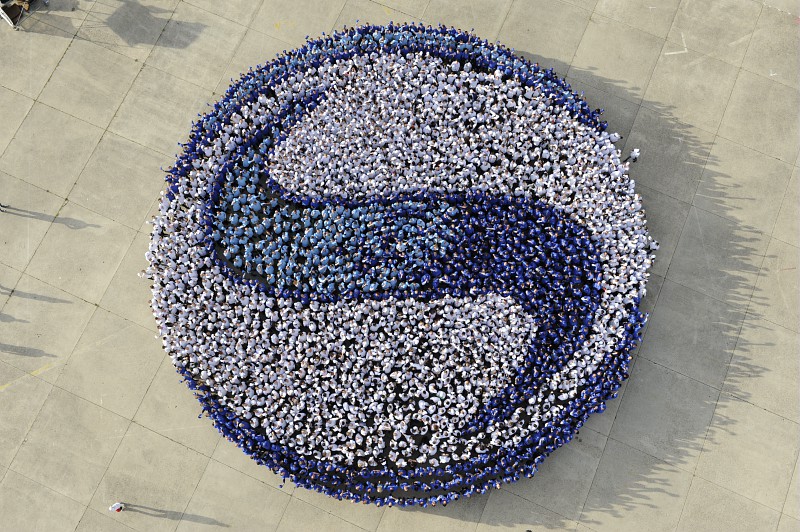 Safran's performance was in line with the initial guidance until the end of February with 1.7% organic sales decrease year on year:

During the first two months of the year, operations were practically unaffected by the Covid-19 crisis. The first measures of the 737MAX adaptation plan were implemented and the cash generation has been positive thanks to operations at the start of the year and favorable cut off effects between end of 2019 and beginning of 2020.

The first impacts started to materialize in March across all businesses (20.4% organic decrease year on year). Services (notably aftermarket for civil engines and carbon brakes) and Aircraft Interiors retrofit business declined in line with the sharp fall in air traffic, airlines preserving their cash and operations punctually and locally disrupted.

The Covid-19 crisis now affects most of Safran's activities, both in terms of OE and services.

Those trends intensified in April and the drop in Q2 revenue could be similar to that of April.

CFM International's assumption is to manufacture around 1,000 LEAP engines (incl. spare engines) in 2020 consistent with the most recent production rate updates made by airframers. Civil aftermarket revenue could decrease significantly in 2020.

Current impacts for Aircraft Equipment, Defense and Aerosystems and the significant pressure on Aircraft Interiors are expected to continue in the coming months.

Free cash flow generation was positive each month over Q1 2020. As of March 31, 2020, the Group's cash and cash equivalents position was at €3.2 billion (unaudited data).
As of March 31, 2020, Safran's commercial paper program (NEU CP) outstanding was €2,052 million maturing end-April to mid-May 2020 and €419 million subscribed by a corporate mutual fund of the Group savings plan.
Safran has an undrawn Revolving Credit Facility of €2,520 million available until December 2022. This facility is a backup to the NEU CP program. The maximum size of the NEU CP program was increased from €2.5 billion to €3.0 billion.
On March 26, 2020, the Group announced the setting up of a bridge loan of €3.0 billion available for up to two years, which was successfully finalized on April 22, 2020. The oversubscription demonstrated strong confidence in Safran.

At the end of March and based on these elements, the Group's liquidity position is strong with sufficient liquidity to fund the continuity of operations and reimburse its debt maturing in July 2020. Safran is aiming to maintain positive cash generation over the full year despite significant potential headwinds in Q2 and Q3.

3. Actions taken to deal with the crisis

Safran is adapting as quickly as possible to this new environment while protecting all of its employees. After the temporary shutdown of sites (45 over 250 sites as of April 22, 2020), Safran is implementing the plan announced on 26th of March.

1 Excluding purchasing and including R&D expenses 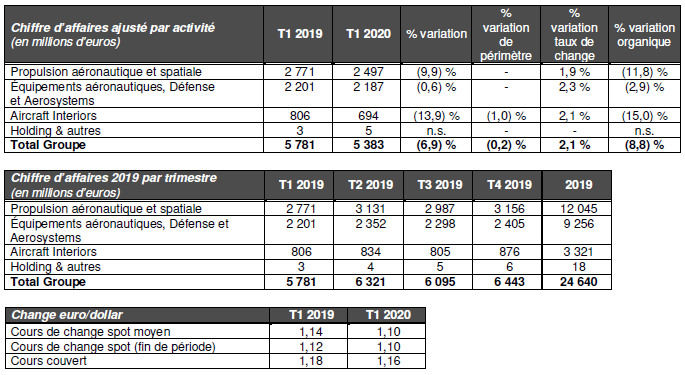 Loading comments for Safran: Adapting to an unprecedented situation...