AFI KLM E&M and Indonesian MRO Garuda Maintenance Facility (GMF) have sealed a new collaboration agreement as part of the SPA that links the two groups, this time for A330 component support. Under the terms of this agreement, AFI KLM E&M will provide repair and parts pooling services for Garuda Indonesia’s fleet of A330s (which currently numbers 24 aircraft), as well as solutions to enhance training and the development of GMF’s industrial capabilities.

Support and sharing of expertise
Following the launch of partnerships for airframe, engines and components, this new partnership will boost the development of synergies between the two groups. In addition to ensuring component support services for Garuda Indonesia’s A330 fleet, which is overseen by GMF, AFI KLM E&M will share its expertise on MRO products by offering training services and aid with industrial development projects focusing on GMF’s internal capabilities, so that certain operations may be "offloaded" to the MRO.

Anne Brachet, Executive Vice President Air France-KLM Engineering & Maintenance, stated: "We’re delighted to continue strengthening our strategic partnership with GMF via this new cooperation. As a longstanding provider of A330 component products, AFI KLM E&M is committed not only to providing Garuda Indonesia’s fleet with the best support solutions available, but also to supporting its partner, GMF, in the development of its in-house capabilities."

Tazar Marta Kurniawan, President and CEO of GMF, added: "Our partner AFI KLM E&M is a leading provider of A330 component support, and we’re certain that their expertise as an MRO/airline will be extremely valuable for the development of our MRO industrial capabilities. We’re excited to launch this new partnership and to further accelerate the potential synergies between our two groups." 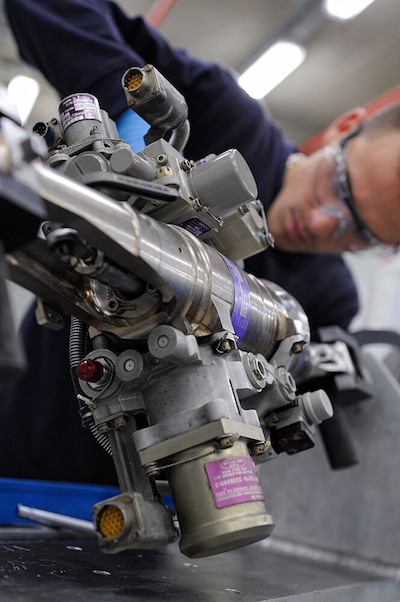 About GMF
With over 65 years' experience, Garuda Maintenance Facility (GMF) AeroAsia is the largest aircraft maintenance operator in Indonesia. GMF AeroAsia began operations in 1949 as a technical division and exclusive provider of MRO services for the Garuda Indonesia airline. Based at Jakarta Soekarno-Hatta International Airport, GMF AeroAsia counts internationally-renowned airlines from more than 55 countries around the world among its clients. Enhancing its skills over the years, GMF obtained a broad array of industry-standard international certifications including, FAA, EASA, DGCA Indonesia and CASA Australia. Through business expansion, technology driven and human centric, GMF is pursuing its vision to be a Top 10 MRO worldwide. In 2017, GMF was awarded "High Quality MRO" status by the FAA after winning the "Low Risk MRO" title from the same authority the previous year. In 2018, GMF also won the British Safety Council's International Safety Award.