Czech Airlines Technics (CSAT), a daughter company of the Czech Aeroholding Group providing aircraft repair and maintenance services, and the Faculty of Transportation Sciences of the Czech Technical University in Prague (CTU) signed a Memorandum of Co-operation in the field of aviation. The organizations are to work together on projects, share professional knowledge and promote the interconnection between the academic field and practice. Students will get the opportunity to join a long-term vocational training programme run directly on CSAT’s premises. They will experience real operations and get the chance to draft their graduation thesis during the internship.

“I am glad that, thanks to the agreement with the Faculty of Transportation Sciences of CTU, we will widen our co-operation framework and have the opportunity to work together on a number of projects in the field of aviation. As we want to attract students who could primarily become our assets in the field of engineering of aircraft maintenance and operations, starting the co-operation with one of the best universities in the country was a logical step,” Pavel Haleš, Chairman of the Czech Airlines Technics Board of Directors, stated.

The organisations will join forces when working on specialised aviation-related matters, e.g. on the evaluation of operational reliability and safety in the field of aircraft maintenance safety, alongside other issues. The co-operation will be pursued predominantly with the Air Transport Department of the Faculty of Transportations Sciences of CTU. 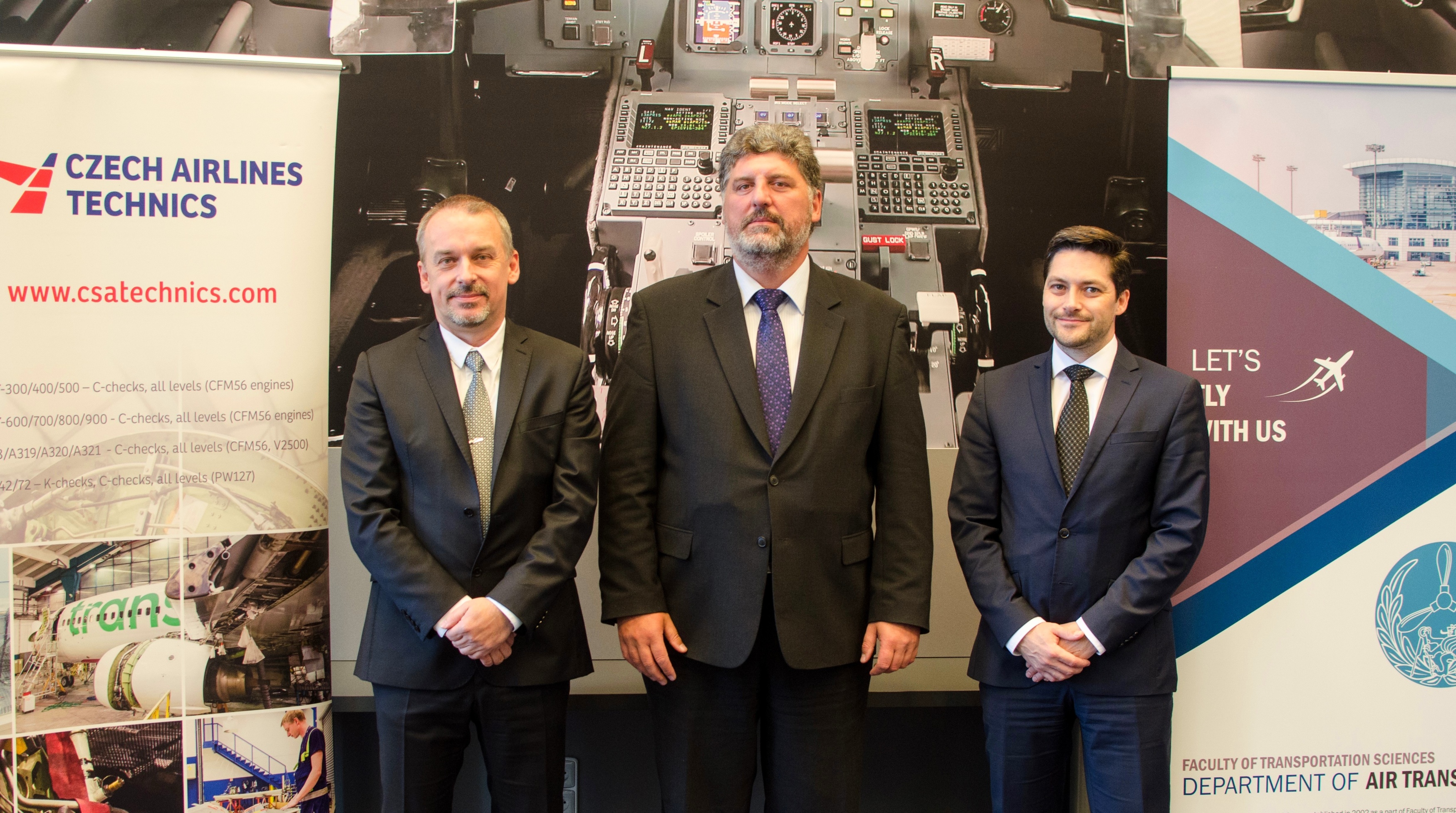 “The act of signing the Memorandum is in line with the long-term goal of interconnecting the academic field with aviation practice. The excellent existing co-operation will thus enjoy an official auspice and a structure for solving partial relations will be formed. A synergic interconnection of both parties’ excellence is being created,” Prof. Miroslav Svítek, Dean of the Faculty of Transportation Sciences of CTU, said during the ceremonial signing of the Memorandum.

Concurrently, Czech Airlines Technics will provide the university with decommissioned or damaged aircraft parts to be used by students during lectures to learn, for example, how to identify particular defects.

Prior to signing the Memorandum, CSAT had already attended this year’s first annual Prague Aviation Week organised by the Faculty from 4 to 8 December 2017. An informal event called School Detainees, where students can meet and greet CSAT employees and learn specific information regarding the company and job opportunities therein as well as to talk about personal experiences and the motivation of the presenters, was a part of the week-long programme. 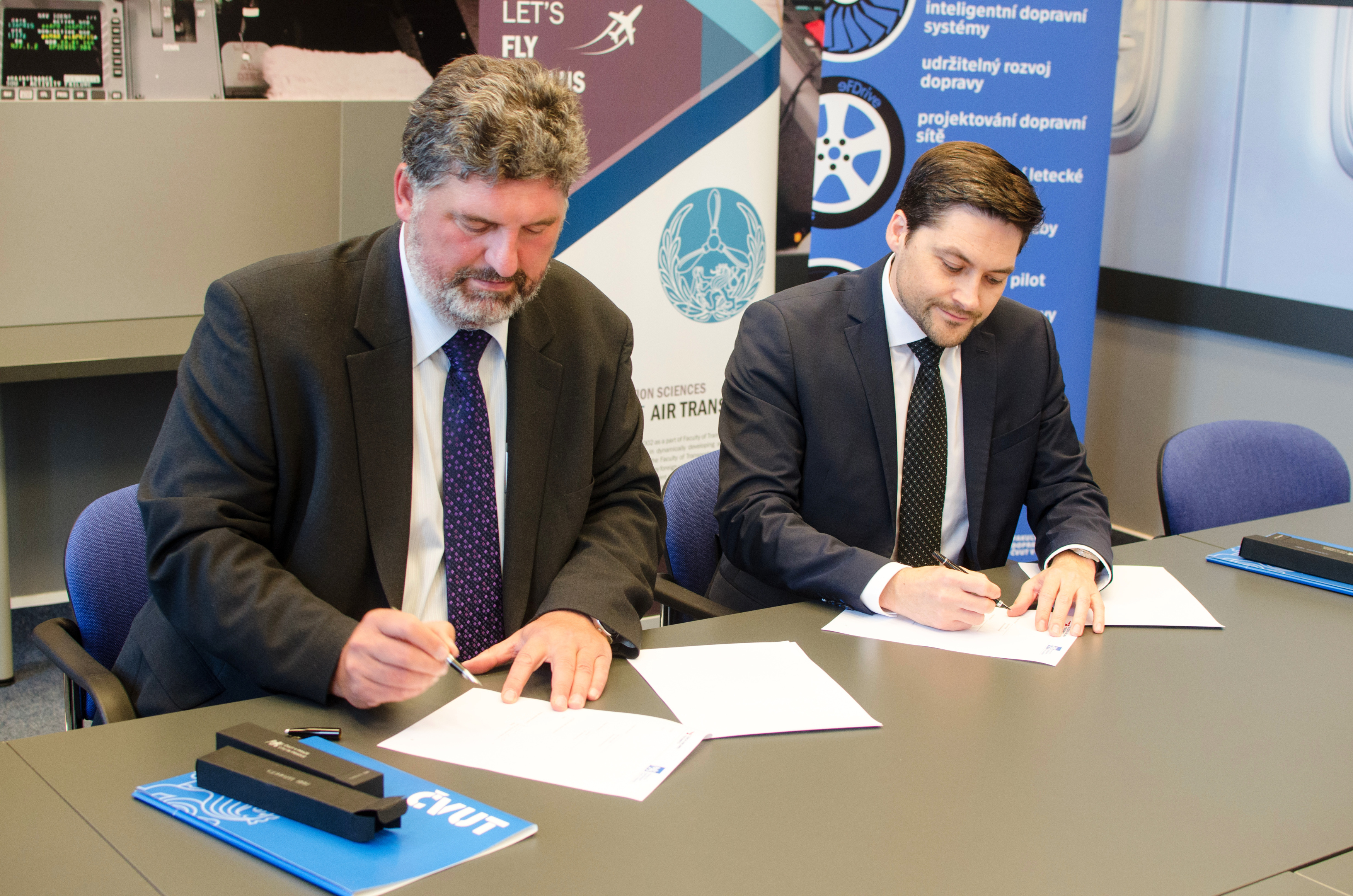 While Air France has received the first of its 60 Airbus A220 aircraft at the end of September, Air Austral, the airline based in Reunion Island, is the first to benefit from AFI KLM E&M's com...