Flying Colours Corp. are expanding, not just expanding, but coming to Europe! Attention, the expansion of its international team is announced: who and what's the role?  Paul Dunford to the newly created role of Managing Director, International Operations and naming Andrew Pearce as its first ever European Sales Manager.

In this high-level business development role, Dunford will report to Eric Gillespie, Executive Vice President, who says, “The business has been in expansion phase for the past twelve months as we want to position our company from a global, rather than local, perspective. We are extremely pleased he is taking on the challenge of developing international business.  Paul has done great things for our Singapore operations, and I’m confident he’ll continue to add value for our international customers, our team and our business in general.”

Dunford will work with newly appointed Singapore General Manager, Too Hin Wee to continue developing the company’s Asian presence. “This role can influence the future of Flying Colours and I’m excited by the tremendous opportunity to help take it to the next level,” says Dunford.

Andrew Pearce’s newly created role of European Sales Manager represents the company’s first formal European presence in its 30-year history. Pearce will be responsible for seeking out sales opportunities for Flying Colours across Europe and more specifically identifying, developing and managing a new client network. Reporting into Kevin Kliethermes, Director of Sales, Pearce will mirror the North American sales and marketing operations in Europe. Initial targeting will be focused on heavy inspections and refurbishment of Bombardier, Gulfstream, and Dassault aircraft.

Pearce brings 35-years of international experience in the MRO, completions and aircraft sales-sector having worked with Canadian, Middle Eastern and European business aviation entities. Significantly, his experience working with the Bombardier family of aircraft for more than a decade positions him well to deliver results from the highly-competitive European market.

“Europe is an important region for us but we know it takes time to establish relationships, and to truly succeed, we wanted existing and future customers to have a local manager to engage with. We are excited by the possibilities and know that Andrew will add real value to the business,” said Gillespie. Pearce will join the Flying Colours team on the EBACE - Booth Y107 – during 21 – 23 May 2019. 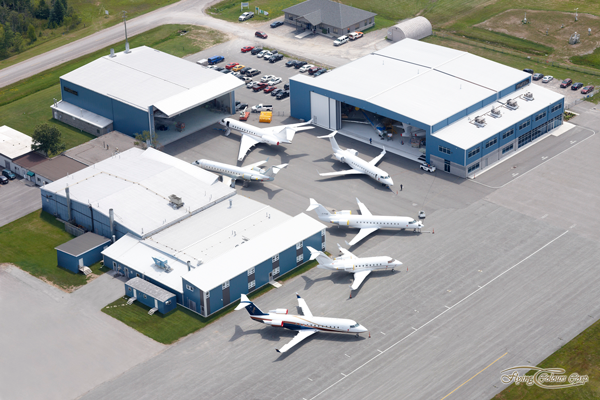