MTU Maintenance Hannover marked the completion of the extensive plant expansion with an opening ceremony. Michael Schreyögg, Chief Program Officer at MTU, and Jaap Beijer, Managing Director of MTU Maintenance Hannover, welcomed Stephan Weil, Minister President of Lower Saxony, as well as numerous representatives from politics and industry. The new extension consists of a workshop for engine maintenance and a modern office building. The construction time was about two years in each case. Construction of the factory hall began in autumn 2019. MTU gradually ramped up operations from November 2021 to April 2022. Ground-breaking for the office building took place in March 2020. The first employees moved in March 2022.

“With the new office building, the new factory hall, and other substantial investments, MTU Maintenance is clearly committed to its Hannover site and is improving working conditions for around 2,500 employees”, says Stephan Weil, Minister President of Lower Saxony. “MTU is the world’s first aircraft engine maintenance provider to offer test runs using sustainable aviation fuel made from waste greases and oils. This can considerably reduce greenhouse gas emissions. Lower Saxony can be proud of this successful high-tech company, which is vigorously pursuing its strategy towards greater climate neutrality”. 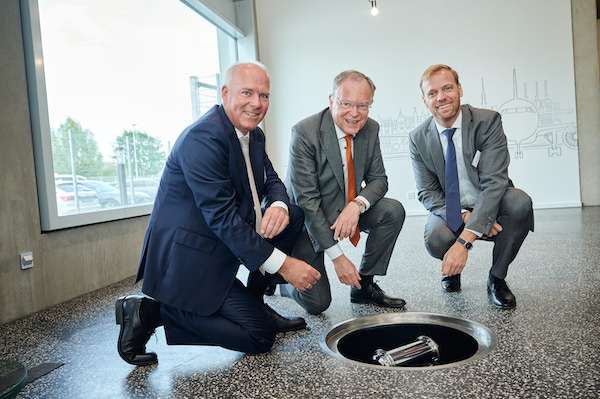 “The new buildings are a successful ensemble of office and hall space and offer our employees a modern working environment”, says Jaap Beijer, Managing Director. “Investments like this are an important building block in making the site fit for the future”. The expansion had become necessary because of the growing demand for engine maintenance.

“This expansion will allow the Hannover site to continue its decades-long success story and offer its customers first-class MRO services”, says Michael Schreyögg, Chief Program Officer of MTU Aero Engines. “The new buildings at the site exemplify how impulses emanate from Hannover throughout the entire MRO network of MTU”.

Founded in 1979, the Hannover site is the heart of MTU Maintenance. In the immediate vicinity of Hannover-Langenhagen Airport, mainly larger engines are maintained; these include the GE90, which powers the Boeing 777, and the PW1100G-JM, which is used on the Airbus A320neo family.

MTU is implementing a new type of multi-space office concept in the office building as well as in the peripheral building of the factory hall. It is oriented towards desk sharing and new-work processes. Those responsible for planning had analysed the exact needs of the team and how the premises were to be adapted.

The office building, which also features a reception area and cafeteria, accommodates about 280 employees on a floor area of about 6,900 m2. Around 490 employees will work in shifts in the factory hall, including the peripheral building, on an area of 27,000 m2. Overall, the usable office and hall space in Hannover has increased by more than 40%. In addition, 250 new parking spaces were created in the course of the expansion.

MTU won the local economic development corporation Wirtschaftsförderungsgesellschaft (WFG) Langenhagen as a partner and builder of the extension buildings, which are now in operation. The joint investment volume amounts to over €50 million. Around 50 companies were involved in the construction of the two buildings. WFG Langenhagen and MTU Maintenance Hannover had previously joined forces to construct the logistics hall in 2012. 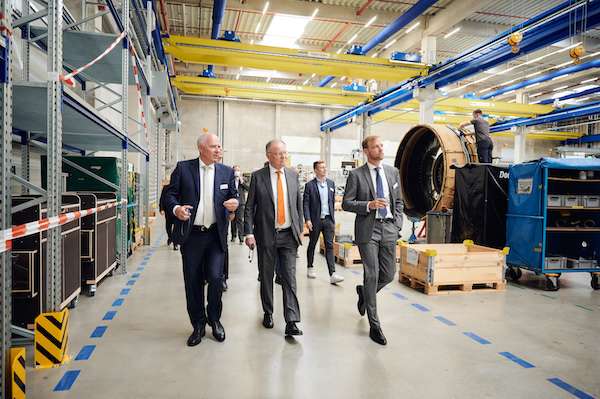