Within the framework of the new production area at the S7 Technics base in Mineralnye Vody, floor panels and interior panels of the aircraft cabin will be produced.

Aircraft panels will be manufactured from composite materials approved by aircraft manufacturers by milling on a high-precision computer numerical control (CNC) machine made by the Czech company Volter. The complex of works, starting with graphic processing (creating a 3D model of panels, preparing programs for CNC machines) and ending with certificate release for a finished product, will be performed by experienced S7 Technics specialists who have already completed the training in working with CNC equipment and programming.

The prerequisites for the creation of such a production area were plans to automate part of the work of the S7 Technics’ structural repairs department.

Previously, the panels were made by hand tools by the specialists of the aircraft structural repair shop. With the addition of the site, S7 Technics has reduced the financial and time costs for panel production. For comparison, the purchase of ready-made panels from OEM companies is 20-30% more expensive, and it also takes a significant time for their delivery.

“During base maintenance checks such as C-Check, 30-80% of the aircraft cabin panels are replaced. According to redelivery check – from 60% to 90%. Our own production of panels will speed up the process of replacing them on aircraft that are undergoing maintenance, thereby reducing the TAT (turn-around-time)” said Maxim Akchurin, S7 Technics Business Development Project Manager.

With the advent of this section, those panels that were not previously produced became available for production. For example, the roof panels of the luggage compartment (cargo compartment). During manual processing of workpieces, there is a high probability of their damage, due to their large dimensions, and in the conditions of the production site, such components are successfully manufactured taking into account all technical requirements.

S7 Technics will focus on the production of panels for A320 Family aircraft, however, if stable demand in the market will formed, further modernization of production area for the manufacturing of such panels for Boeing and Sukhoi Superjet 100 aircraft is possible.

Until the end of 2021, the new production unit will operate under the EASA Part-145, which implies panels manufacturing for aircraft maintenance located at the provider’s bases at Moscow, Novosibirsk and Mineralnye Vody. Next year, a transition to the EASA Part-21 G certificate is planned, due to which it will be possible to manufacture and sell panels with the issue of the EASA Form 1 certificate. 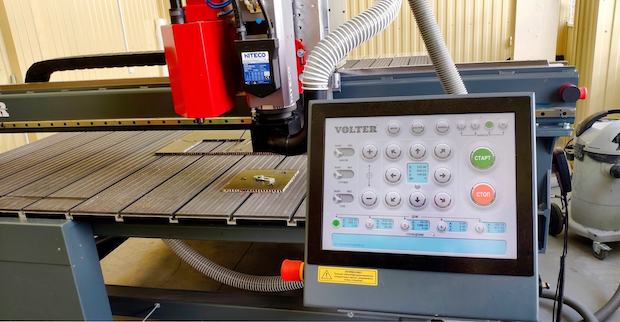 Loading comments for S7 Technics launched the first automated plant for the production of Airbus aircraft panels in Russia...