TECNAM and Spanish Flight School ONE AIR announced the flight school’s acquisition of two Tecnam P2008JC MkII Premium. ONE AIR is the first Spanish flight school to introduce and offer the P2008JC with premium equipment to their students. The single-engine Tecnam P2008’s versatility and ease of use has firmly established it as the aircraft of choice for Flight Training Organisations worldwide.

With its carbon-fibre fuselage, metal wings and stabilator, the Tecnam P2008JC has a vast number of advantages over traditional aircraft. This combination of both composite material and metal has resulted in a more fuel-efficient and much quieter aircraft.

The Tecnam P2008JC MkII version features a number of significant enhancements. Among these are a new avionics suite, including a new design of both the dashboard and glare shield, thereby enabling the introduction of the Garmin’s innovative G3X Touch display with a MD302 attitude instrument, also available as VFR Night.

More info on the P2008JC MkII: “Tecnam P2008jC is a favorite among premium flight schools like One Air thanks to its advanced avionics suite, efficiency and overall comfort. We are confident the new aircraft will meet the school’s and their most demanding students’ high standards,” says Tecnam’s Chief Sales Director, Walter Da Costa.

“We have chosen these two new Tecnam P2008JC MKII aircraft with premium equipment to continue offering the best quality to our student pilots. We also provide a high wing alternative, and we think that Tecnam offers the perfect aircraft with these characteristics for training pilots.”

TECNAM’s roots go all the way back to the Italian brothers Luigi and Giovanni Pascale who began to develop and produce innovative aircraft soon after the end of WWII. Since those early beginnings, the family has continued to create original models, first gaining worldwide recognition under the name Partenavia, which translates as ” Naples Aviation”.

Costruzioni Aeronautiche TECNAM was established in March 1986 and now operates in two production facilities. The Casoria facility is located adjacent to Naples’ Capodichino International Airport, while the main factory is next to the “Oreste Salomone” Airport in Capua. New facilities were established in Sebring, Florida, USA and in Australia to serve and support the needs of Tecnam’s local owners and operators.

Founded in 2010 by commercial pilots and instructors, ONE AIR is an aviation school created by pilots, for pilots. The school’s philosophy essentially boils down to equipping its students with the latest top-end technologies in the aviation sector and offering the highest standards of safety.

The flight school has its main base of operations at Malaga International Airport, which, given its location in the south of Spain, offers the best weather conditions in Europe for the training of pilots. 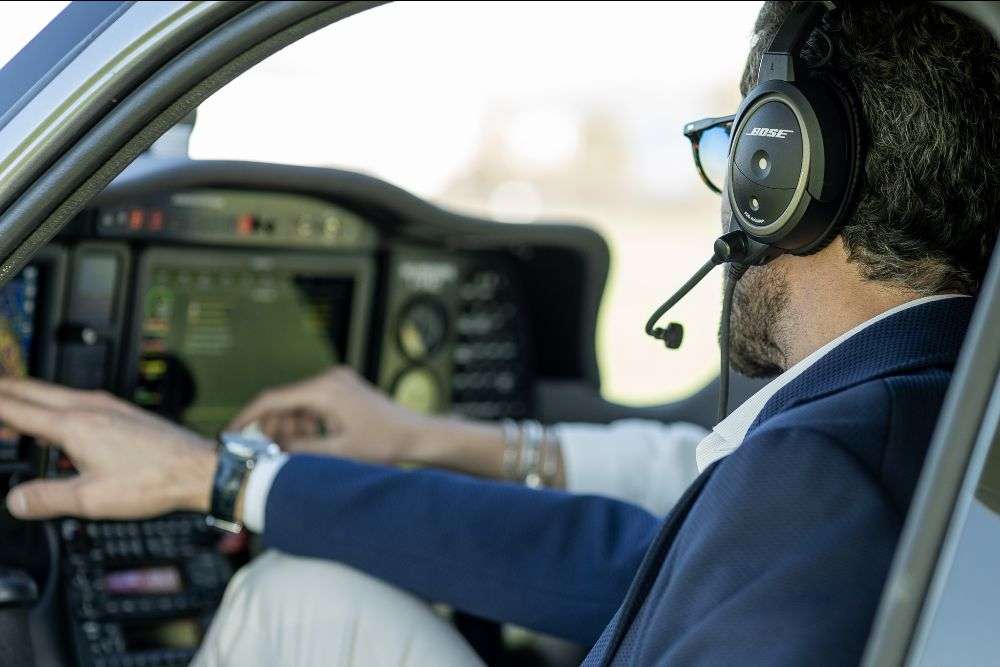