The GSE 7400 is the first electric GPU to be used at Geneva airport, and the first to be acquired by a European business aviation MRO provider. It was delivered and tested in May 2021 and is now in service at TMS’s main base at Geneva Airport.

“We put ITW’s eGPU through extensive trials and were extremely impressed by its efficiency and versatility,” said Cyrille Pillet, VP Maintenance Operations at TMS. “The unit can perform several turnarounds before it needs recharging and its quietness and pollution-free operation make it popular among employees and operators alike.”

A traditional diesel GPU typically represents more than 40% of the total CO2 footprint generated by aircraft ground support equipment. And introduction of the eGPU will not only reduce ground emissions, supporting TMS’s Corporate Social Responsibility policy, but thanks to its battery power and low maintenance costs, it will also make sense economically.

The acquisition was part of Dassault’s commitment to reduce its global emissions footprint by gradually deploying electric GPUs and similar technologies across its entire MRO network.

This purchase was also supported by Geneva Airport as part of its green airport strategy.

ITW GSE was the first manufacturer on the market to launch a commercial battery powered eGPU. Today the technology has proven itself at close to 100 airports worldwide where traditional diesel GPU have been replaced by clean, noiseless eGPUs from ITW GSE.

“Thanks to our dedicated distribution network we are represented in every corner of the world”, says Lars Vestergaard, Sales Director, Europe. “In Switzerland, for example, the initial trial was organised by a local distributor, Statron Romandie, which was already servicing more than 50 ITW GSE GPU’s at Geneva Airport. 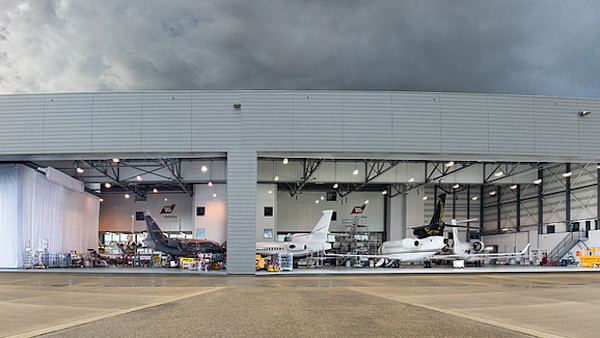