A Helicopter From a Printer: Russian Scientists "Print" a Large-sized Case of a Helicopter Engine for the First Time

The internal engine body of the Russian helicopter VK-2500, completely created by the method of selective laser melting, is presented at the stand of the Ministry of Science and Higher Education of the Russian Federation at the Open Innovations forum in Skolkovo. The use of additive technologies for engine manufacturing has reduced the manufacturing time to 14 days. Developers: NUST MISIS and St. Petersburg State Marine Technical University (SMTU)

The use of additive technologies in the production of modern aircraft engines allows to reduce the production cycle, reduce production costs and significantly accelerate and optimize the processes of modeling and designing new units.

The scientific and technical collaboration of engineers from SMTU and materials scientists from NUST MISIS implements a comprehensive project in the framework of Government Decree No. 218 to create large-sized units for the domestic aircraft industry. In August 2019, the first full-size prototype of the promising domestic aircraft engine PD-14, produced using direct laser deposition method, was presented at the MAKS International Aviation and Space Salon. 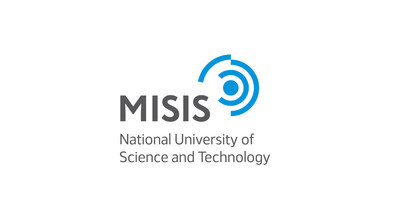 When creating the internal body of the VK-2500 helicopter engine, the additive technology of selective laser melting was used - a large functional part of a complex geometric shape was completely "printed" from titanium alloy powder.

"The presented functional unit is really unique. We can definitely say that this is the first part of such complexity and such size obtained in Russia using the technology of selective laser melting from domestic powder materials," emphasizes Evgeny Zemlyakov, the project executor, Deputy Director for Scientific and Design Activities of the Institute of Laser and Welding Technologies at SMTU.

The use of the selective laser melting method in combination with the optimization of the 3D printer modes dramatically reduced the amount of subsequent machining of the engine body (grinding, turning, etching, etc.), and accordingly, the production time was reduced to 14 days. This makes it possible to reduce the production cost of the unit, thereby ensuring the overall competitiveness of the domestic aircraft engine.

"Together with the colleagues from NUST MISIS we are implementing a comprehensive project in the frames of which the most interesting additive technologies from the industrial application point of view are developed. This is direct laser deposition and Selective laser melting (SLM technology). Each technology has its own field of application. The direct deposition is used by us for the manufacture of bars with dimensions from 0.5 m to 2 m. Selective laser melting - for bars up to 0.4 m in size," says Yevgeny Zemlyakov. "Both methods are complex multi-factorial processes that require an integrated approach. In SLM technology, this is modifying a part for additive technology, determining the orientation of a part during the deposition process, choosing deposition strategies and designing supporting structures. Moreover, manufacturing technology is not limited only to the operation of a 3D printer."

Selective laser melting is an additive technology characterized by specific features. As one of the developers of the project, the director of the NUST MISIS EcoTech College Andrey Travyanov notes: "A massive part 'grows' in the process of production layer by layer, and at a certain moment, with mass gain and when creating surface curvatures, the bar geometry starts to deform. As a result - the part is rejected. Accordingly, many structural supports (up to 75% of the total mass of the part), which grow simultaneously to the part, are used and must be removed after work while modeling and subsequent cultivation. We managed to reduce their weight by more than 3 times, from 75% to 23%."

Such optimization significantly reduced the amount of titanium powder used in production. Currently, tests of the produced engine unit based on one of the leading specialized engine-building enterprises in Russia are being prepared.


Loading comments for A Helicopter From a Printer: Russian Scientists "Print" a Large-sized Case of a Helicopter Engine for the First Time...